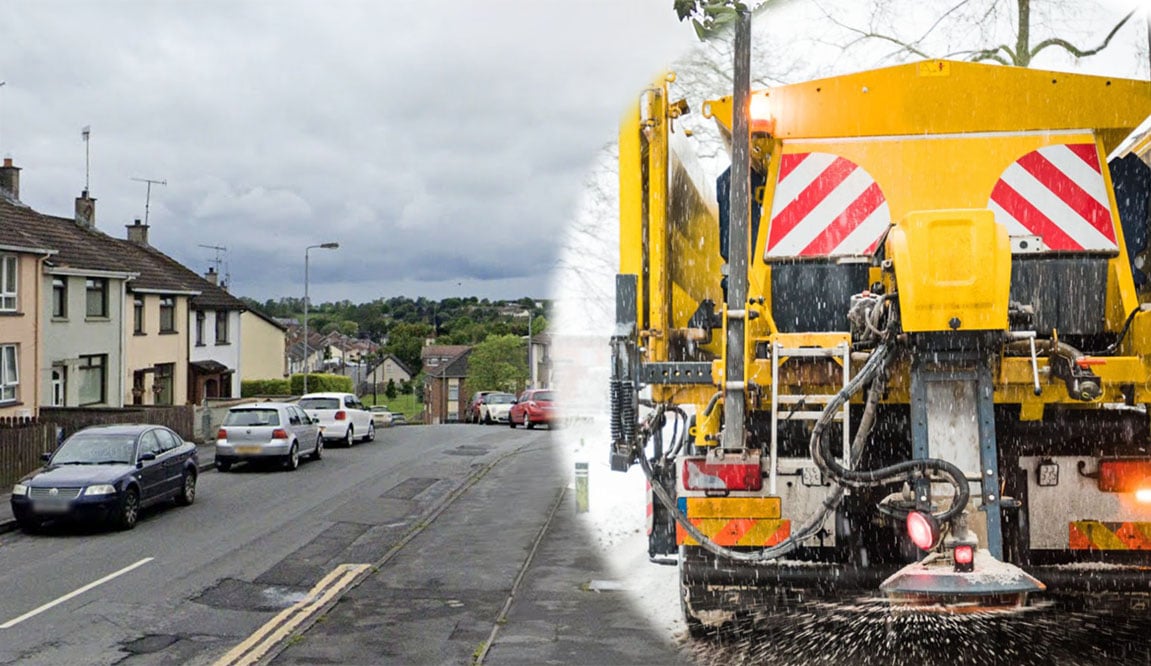 An Armagh man is living in fear that a vehicle will come through his door before his street is gritted by Roads Service.

Describing it as an “ongoing issue”, the Culdee Street resident told Armagh I: ” It is only for grace of God that people haven’t been involved in more serious accidents.”

On Monday morning, the man observed a fuel lorry attempt to take on the task of driving up the steep incline on three occasions before “thinking better of it”.

“He came back down under control. If he had have lost control coming down that hill, there is no way he is stopping,” said the resident.

“I live just facing Culdee Hill on the corner and I am waiting for something to come in my front door. A few years back, I opened my curtains to see a man and woman staring right in at me, having just managed to stop in time.”

Around five years ago, the concerned resident had raised the issue with local representatives but to no avail.

“They said that they could not add streets willy-nilly, but a gritter already comes down Irish Street hill, it would take all of two seconds to come down Culdee Street and grit it too,” he said.

“There are three schools; you have Mount St Catherine’s, you’ve St Catherine’s and then you have the college. The traffic that flows through that area in the mornings is serious; it is heavy duty traffic, it is like a main road.”

The resident commented that many in the area were delighted when someone from outside of the area came in on a tractor and bucket to scrap away some of the ice on Sunday.

“We were so happy but this was a member of the public; is this not what we pay our taxes for.”

And although there is a grit box on the street, he says it’s of little use to him as he is “disabled”.

He added: “It is an ongoing issue for kids going to school, for anybody going to work, elderly people that live in the area trying to get across. Somebody is going to get killed, all for the sake of a bit of gritting.”