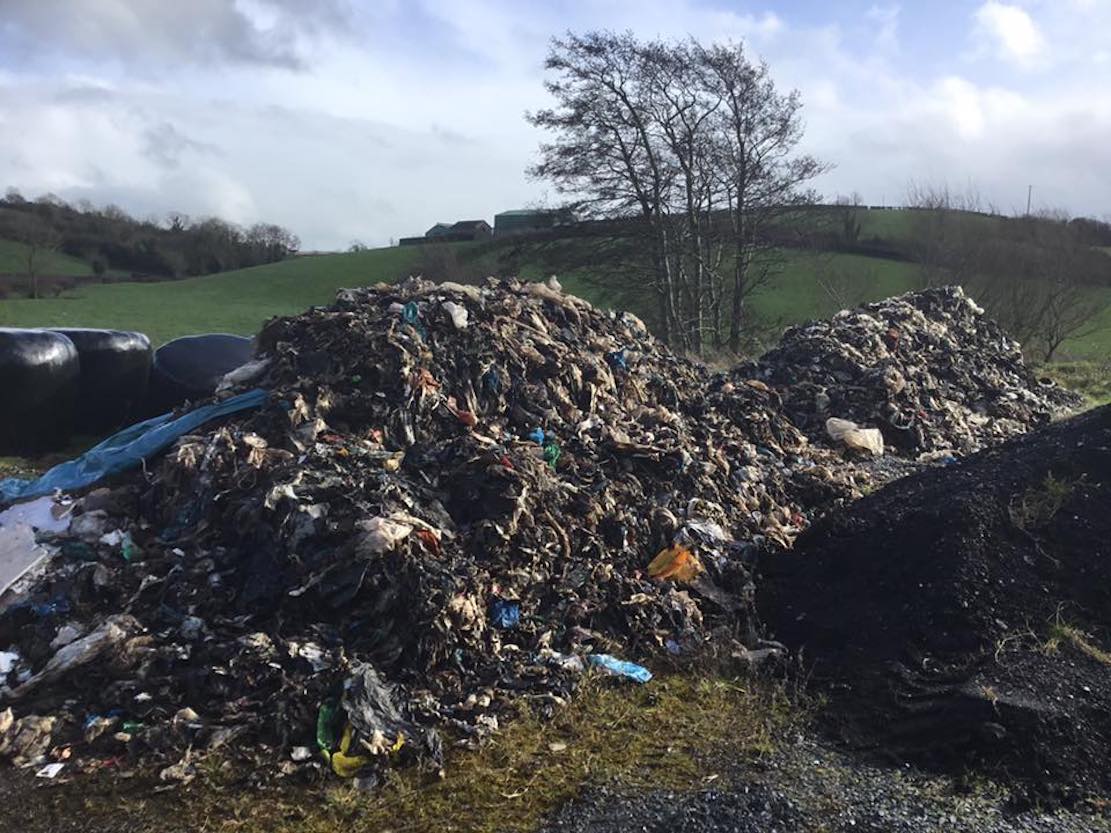 Concerns have been raised after tonnes of waste was mysteriously dumped in Madden overnight.

The mountain of mixed waste was discovered off the Monaghan Road – just a few miles outside Armagh – on Sunday morning.

Residents raised the issue with Sinn Fein councillor Darren McNally, who visited the scene this afternoon.

Speaking to Armagh I, councillor McNally said the images do not even capture the scale – or the rancid smell – of the dumping.

“I was contacted this morning about the dumping so I went out and investigated the situation myself,” he explained.

“I just couldn’t believe what I saw – the sheer scale of it is unbelievable.”

He added: “I’m not too sure what to make of it but I have contacted Environmental Health and hopefully this whole thing will be cleared up one way or another on Monday.

“I mean, the smell was bad but left a few more days and it will be intolerable.

“That and the fact the seepage could run off into the water supply is causing residents concern, and rightly so.

“It not only looks awful but it’s definitely a health hazard.

“There are no indications as to where the rubbish came from but those responsible need to desist. The people of Madden don’t want this sort of activity in their area.”