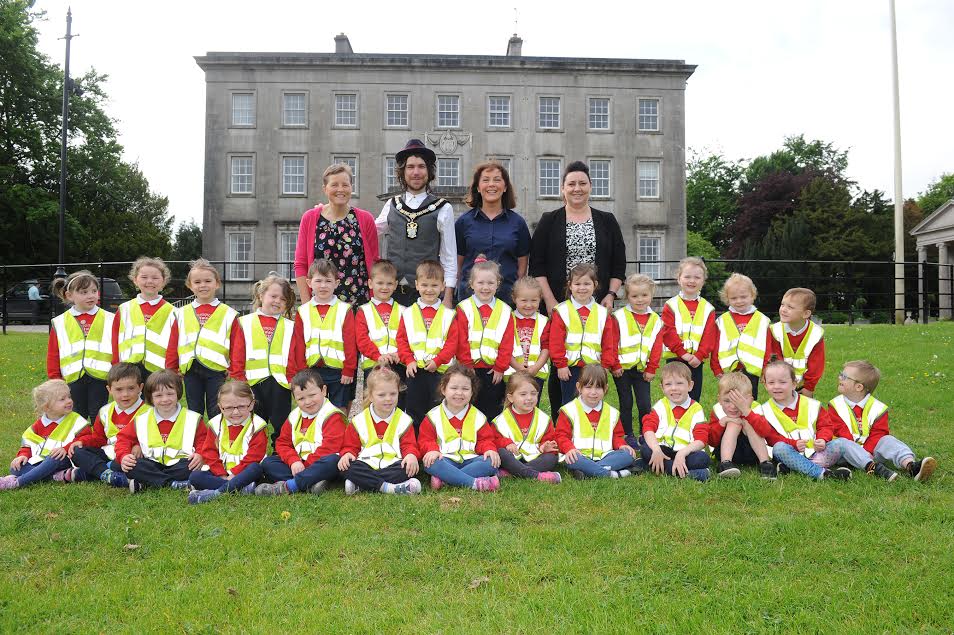 A former pupil of Railway Street Nursery, Armagh Lord Mayor Garath Keating invited the children and staff to a reception to kick start a number of celebratory events for the school’s 75th anniversary.

The Lord Mayor greeted the children outside the Palace Demesne, where he chatted at leisure to them about their school.

He also informed them of his job role and gave them some simple factual information about the Palace Demesne.

He told them he was once a pupil at Railway Street Nursery School over 30 years ago and had fond memories of his time spent there.

The Lord Mayor then invited his honoured guests into the Palace Demesne where the children and staff were truly treated like royalty when they were served a beautiful breakfast.

Lord Mayor Keating then brought the children to the Palace Stable’s Play Park where he sang ‘Happy Birthday to Railway Street Nursery’ with them.

The Board of Governors, principal, staff, children and parents would like to thank the Lord Mayor and his staff for a wonderful morning of celebrations for their 75th year as a nursery school provider in Armagh.

Mrs Clerkin, Principal of Railway Street Nursery School, invited them to come along and visit the nursery school on its official celebration day, Friday, June 16, where the school will be open to all visitors from 4pm until 7pm.