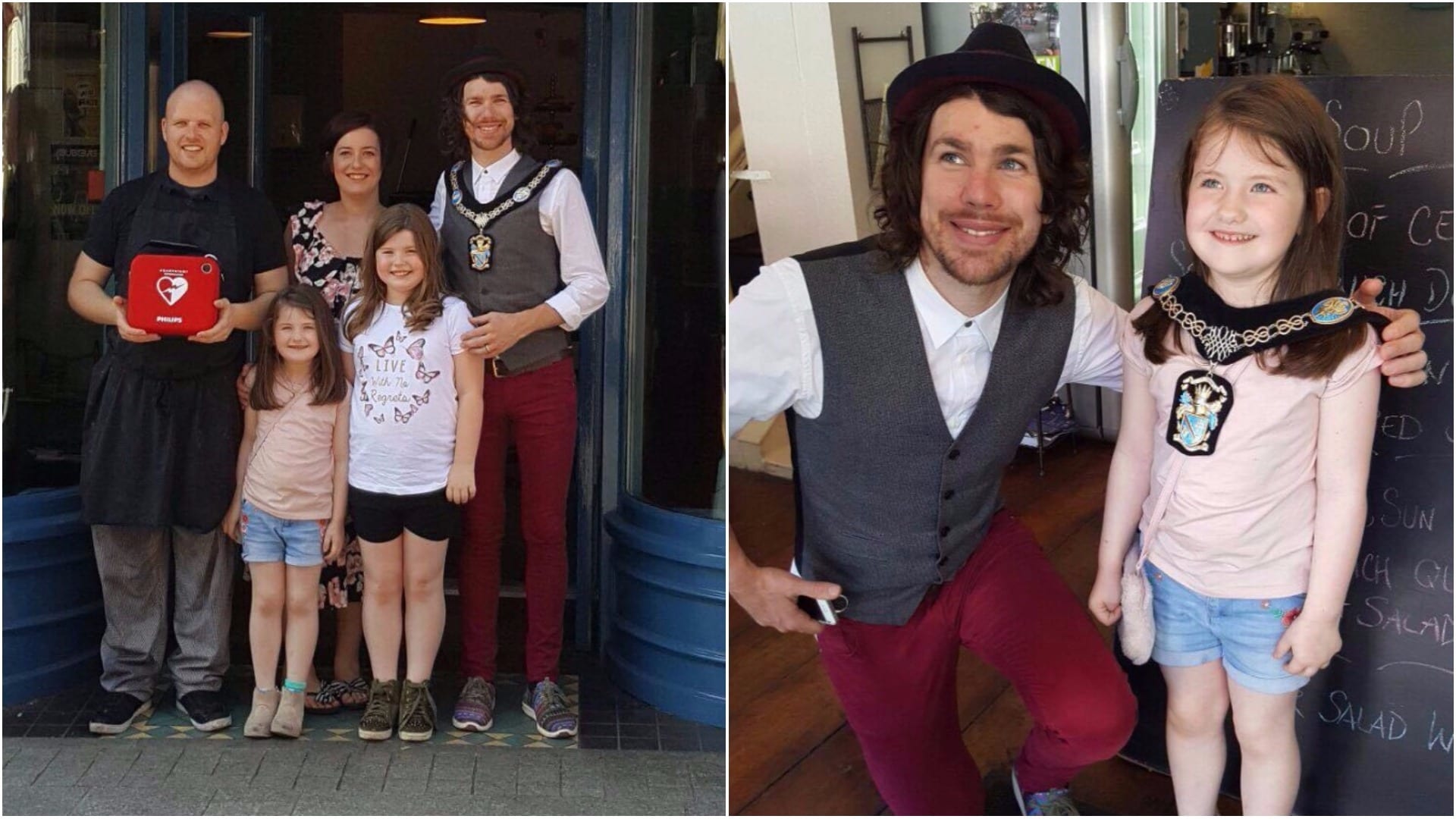 A new life-saving defibrillator has been bought for Thomas Street in Armagh after a very successful fundraising drive!

The local community and traders rallied behind the initiative which was started with a dress sale at 15 T Street.

Owners Mark and Joelyn Bratton kickstarted the fundraising in March and there was a great response from other traders and the public.

Somewhere in the region of £1,500 was raised, with the exact amount yet to be finalised.

Not only has this allowed for the purchase of the defibrillator, but training can now be provided for shop staff too.

Lord Mayor Garath Keating was on hand to officially ‘unveil’ the new AED, which will be located at 15 T Street in Thomas Street.

Mark and Joelyn are delighted with the response; it will give peace of mind knowing the equipment is close-by if needed in the event of an emergency.

Mark said remaining funds after the purchase will be used to train staff members in businesses on Thomas Street on how to use the defibrillator.

He said it would not have been possible without the great local support and he wants to thank each and every one who helped in any way.

Mark told Armagh I : “We would like to thank everyone who has donated to this worthy cause. We would also like to thank all the businesses who have helped including Sheila McBride, Gasp, Gaffneys, Cutting It and the Lonsdale League, who have donated the gate money from the two cup finals that were played last weekend.

“We would ask that the Armagh public would advertise the fact that the defibrillator is located in the cafe as time in these situations is of the essence.”