'I hope to meet each and everyone of you along the way and express my gratitude. This was a dark time but not for long. That’s all because of you' 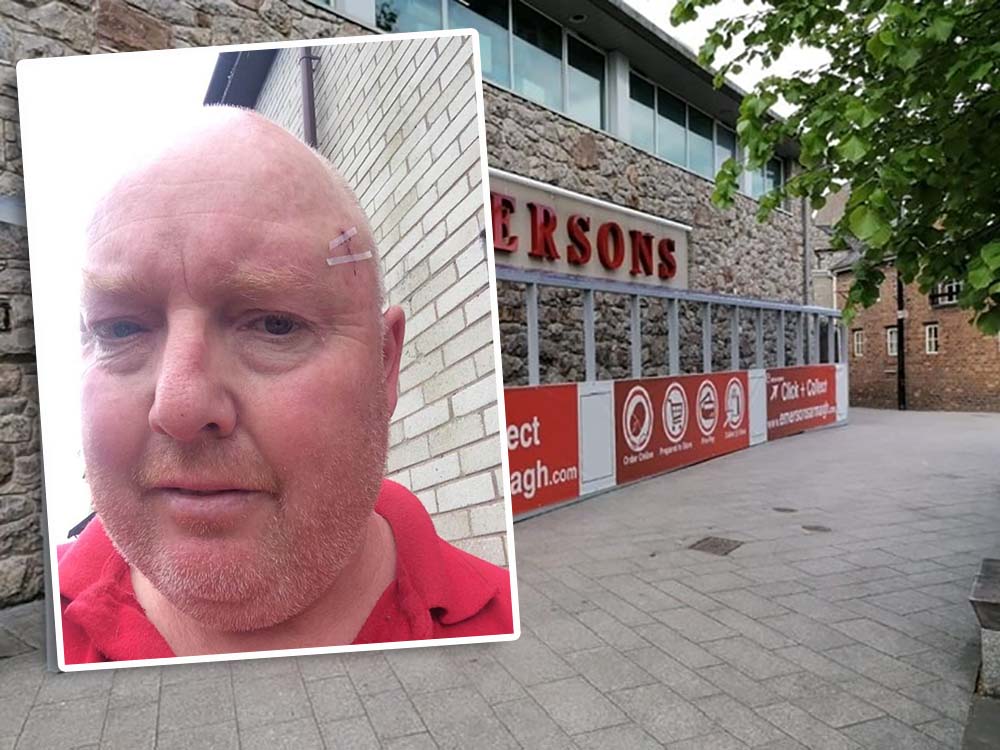 Armagh supermarket worker Barry Loughlin says he is returning to work “unbowed and without fear” after a shocking broad daylight attack almost two weeks ago.

Barry, who has worked at Emerson’s on Scotch Street for the past 20 years, was set upon as he collected trolleys on Friday, August 7.

He sustained a laceration to the head which required stitches.

Police said at the time that “officers attended and have taken details of a number of male youths reported to have been involved and will conduct interviews in due course”.

Armagh I can confirm that nobody has been charged in relation to the incident, which caused shock and disgust within the local community.

A PSNI spokesperson – when asked for an update in relation to their enquiries – told Armagh I  earlier today (Wednesday) that their enquires are ongoing and have again appealed for witnesses to come forward.

However, no arrests have been made in connection with the incident.

The comments and well wishes which followed the attack on Barry have both moved and encouraged the hard-working young Armagh man.

He told of his intention to return to the job he loves and says he hopes to see everyone who sent him messages to thank them personally, as the level of kindness shown is what has spurred him on and given him the confidence to go back.

Barry shared his decision on social media when he said it would be easy to allow disappointment and anger to become the dominant emotions following the events.

“After all I was only doing my job,” he added. “Carrying out my duties when the unprovoked assault took place.

“However how can I stay angry for too long? It’s impossible to do so given the fact there are so many good people out there. People on my side. People enquiring how I’m doing. People concerned with my wellbeing. People standing up and insisting that I must be allowed to continue in peace. I have been humbled by all your messages.

“I was unlucky that this happened but extremely fortunate to have such wonderful friends. I wish to express my heartfelt thanks and sincere gratitude. To my fellow staff in Emerson’s and the vast numbers of friends and general public for your concern and messages.

“In all sincerity I feel completely overwhelmed by the generosity and positivity I have received.

“It is for this reason I shall now return to my job. Unbowed and without fear. I shall not allow this event to prevent me from doing so.

“To have so many people with me gives me a great boost at a time when it was really needed. For this and from my heart I truly thank you. I hope together we can prevent this from happening to anyone else.

“I hope to meet each and everyone of you along the way and express my gratitude.

“This was a dark time but not for long. That’s all because of you. Thank you very much.”