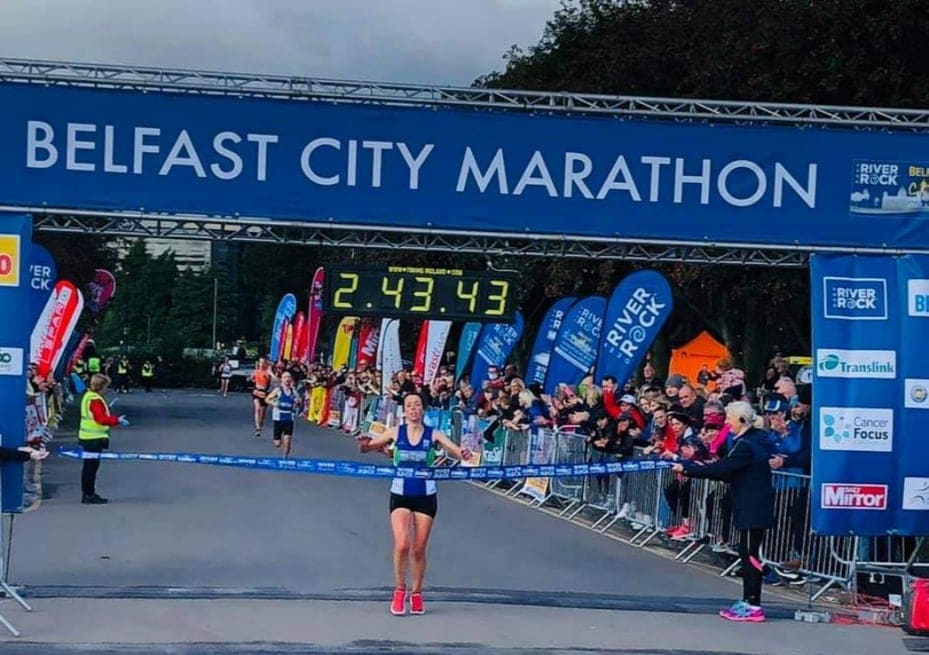 Armagh Athletic Club members were celebrating today with the news that Fionnuala Ross won the women’s race of the prestigious Belfast City Marathon.

The Glasgow-based Ross, who hails from Aghagallon on the Lough Shore, secured her first ever National Title when finishing in a terrific 2:43.42.

She came in over a minute ahead of her nearest competitor, Ciara Hickey, who finished in a second place on a time of 2:44:40.

Fionnuala has been in superb form this year and PB’d earlier this year at the Cheshire Elite Marathon when completing in 2.39.58.

And most recently she was the first Northern Ireland athlete home at the Larne Half Marathon when finishing in a new PB of 73.08.

Fionnuala has been a member of Armagh AC since 2012 and spent almost four years at University in Louisiana  in the US.

She has flown the flag for Armagh Athletic Club right across the UK and in Europe and has represented Ireland most recently at the European Cross Country Championships in 2019 in Lisbon, when the Irish Team secured a team Silver Medal.

“As a club are so proud of Fionnuala’s performance today,” he said.

“For any club to have a National Title winner is special and I speak on behalf of the club in saying that we are thrilled by her win today.

“Fionnuala is such a modest person and is a wonderful role model for all our athletes in the club and we wish her even more success in the future.”

The men’s race today was won by Mick Clohisey, on a time  of 2:20:42. It’s the latest in a line of successes for the Rio 2016 Olympian, who won the Marathon in his native Dublin three years ago.