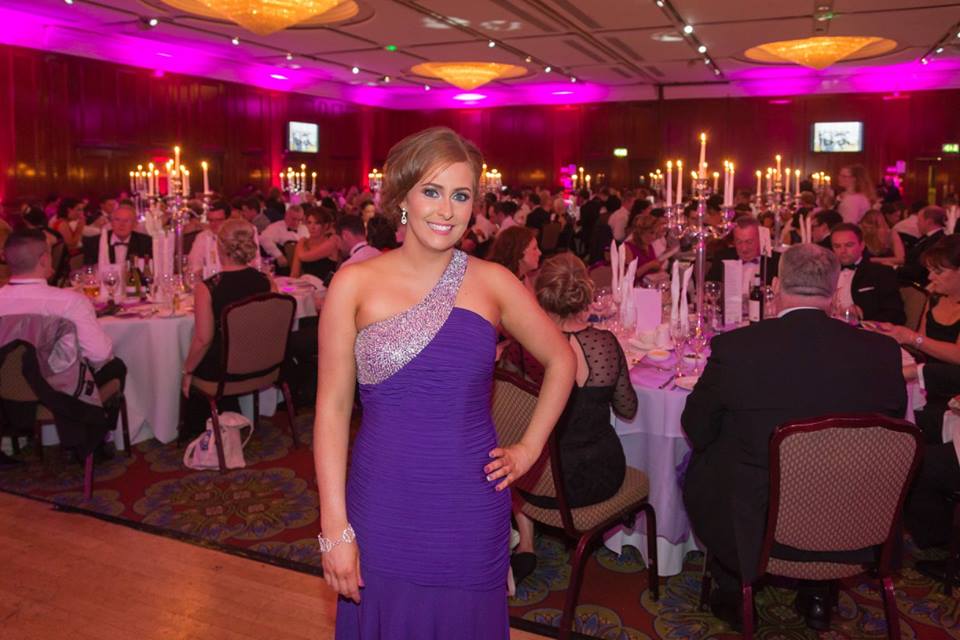 A county Armagh woman who has raised almost £40,000 for a pancreatic cancer charity she helped set up has spoken of how moved she been by the public’s support since its launch.

Grainne O’Neill, 23, from Armagh lost her mother Annie to the disease in January last year, and since then, has been on a mission to raise awareness for a disease that has just a one year relative survival rate of 20 percent.

Grainne, with the support of sister Sinead, brother Fergal and father Tom, organised the charity’s first ever ‘Fight on for Annie Purple Gala Ball’ which was held at Belfast’s Europa Hotel in Belfast on October 17.

“We were hoping for 150-200 people but got more than 300. It was a great response and the support was fantastic so we are absolutely delighted,” Grainne told Armagh I. Grainne O’Neill with her mother Annie

“I never thought it would be a long-term thing,” she said. “We were initially shocked at how bad the statistics were for pancreatic cancer. There weren’t many survival stories, so I obviously became very passionate about it when my mum was first diagnosed.

“To lose your mum to a disease like that means it’s always going to be a massive part of my life. It took mummy from us way too soon.”

She added: “It’s quite bitter-sweet to do all this without her. I suppose it’s a way to help justify losing your mum so young.”

On the fundraising, Grainne says she’s delighted with the sum, however, the campaign is not just about raising money.

“We never really set ourselves a figure but at £22,000 a four months ago, I decided to set the goal of £30,000 by October with the gala ball. So to surpass that is just amazing; no matter what we always do, the support is unbelievable and people are keen to show their support.

“I really want to keep working on awareness and I’ll look do one fundraising event a year because you can’t be expect people to keep giving money but awareness is just as important as fundraising. It’s as much about people hearing the stories, what it is, the symptoms, because that stuff is priceless.

“I really want to get a media campaign going, whether it’s through billboards or something like that, so people can learn. All the money raised is coming from here so I want the people here to benefit from it.”

She continued: “So many cancers have come a long way but pancreatic cancer is a very angry form of the disease. It’s just a death sentence ad I think that it’s absolutely ridiculous, with the era we are in, that the statistics haven’t change in 40 years.

“I think it’s seen as a lost cause because it’s going to take so much time and money that nobody is willing to put that in, governments aren’t willing and that’s the hard bit. People don’t really care until it’s at your doorstep, but by that stage it’s too late.

“If I could help save one person’s life, some mother’s life, it’s all worth it. To see people join in and support our events, people that haven’t necessarily been personally affected, then you know you’re doing something right. It’s amazing to see that and we can’t thank people enough.

November is Pancreatic Cancer Awareness Month so Grainne is encouraging people to wear their purple wrist bands or do anything to help raise awareness.