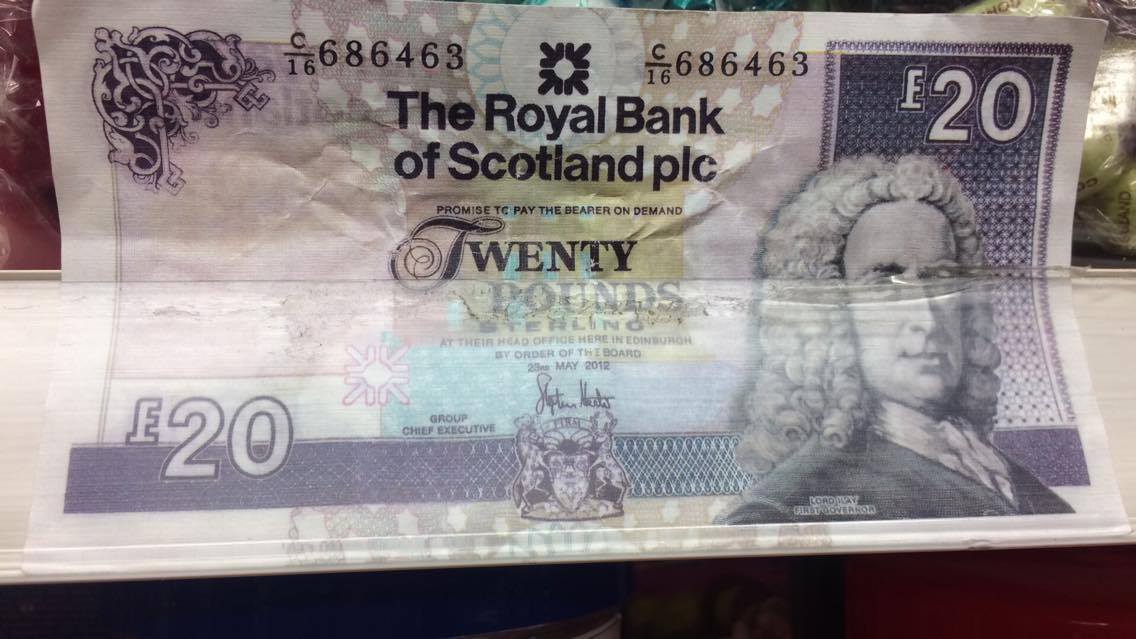 A city shop has warned others to be on the alert after inadvertently accepting a fake bank note this afternoon.

The Royal Bank of Scotland £20 note was used by two young people to buy goods.

It was not until afterwards the staff realised the note was counterfeit.

The shop staff are asking others to check all notes before accepting them.

The potential exists for more such incidents with the last minute Christmas rush upon us.

Similarly, the public should also check their change.

Police also revealed a number of incidents had been reported across the Armagh City, Banbridge and Craigavon Borough Council area.