No-one can deny Harry's likeness to Freddie Mercury, but he doesn't try and mimic the great man: when he turns on his Freddie mode at Shows, his stage presence and vocal range is striking 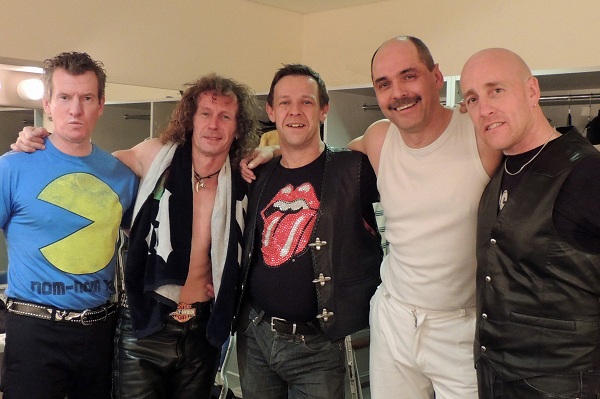 It isn’t his first name, but it’s the name he’s best known by, and together with Click, Harry was a founder member of the Band back in 1992. Prior to that, since the 1980’s they’d both been performing Queen and non-Queen material together in Free Flight.

Harry’s been a Queen fan since he was 9 years old and started out learning bass guitar, and despite essentially being a shy and retiring character, coming from a performing family, it was only a matter of time until he found his feet as the Band’s front man, taking on the lead vocals.

Flash Harry deliver a rock show that will have the audience rocking in their seats and singing along to anthems of one of the greatest bands in history; featuring classics like “Radio Ga Ga”, “We Are the Champions”, to “Bohemian Rhapsody”, “Who Wants to Live Forever” and everything in between.

The five piece band have played everywhere from the USA to Dubai as well as major venues in the UK and Ireland and continue to sell out venues wherever they go, recreating the magic of Queen for audiences young and old.

For a true celebration of the music of Queen, Flash Harry are a band not to be missed.