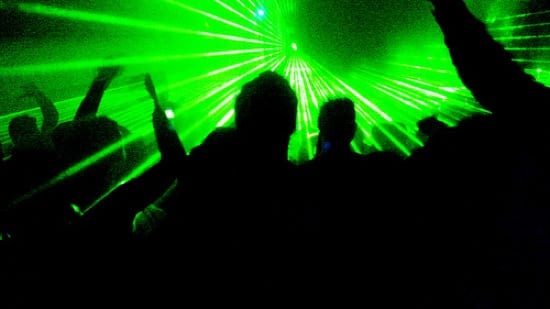 It has been confirmed that a top Hollywood name will helm the highly-anticipated documentary about Northern Ireland’s dance scene explosion of the 1990s.

David Arquette – the ex-husband of Friends star Courtney Cox – is leading the project, which will also be produced by the award-winning British documentary maker Chris Atkins.

Arquette – who shot to fame after he starred with his future wife in the Scream film franchise – spends most of his time behind the camera now.

He has established his own Hollywood production company and is taken by the idea of capturing how the dance scene here helped to unite divided communities through a common love of dance.

The 90-minute feature will centre on Harmony at Kelly’s but will also include other big dance draws of the day, including The Arena in Armagh and Circus Circus in Banbridge.

Harmony will be holding a reunion event on Saturday, August 1, and Arquette is expected to visit the Province to learn more about the dance culture of the day.

It is hoped that the feature – which has the working title ‘Peace, Dance and Harmony’ – will be shown at film festivals.

Speaking from his Los Angeles home, David told the Sunday Life newspaper: “When I first learned about the Harmony phenomena and the way that dance music helped bring people together at Kelly’s and across Northern Ireland, I was struck at the symbolism of how a great song could heal divisions in such a bleak period.

“It has echoes of Bob Marley and John Lennon in the Vietnam War and I wanted to help bring this inspirational story to the cinema screen.”

The project also involves Dundee-based businessman Tony Cochrane, who has a string of Scottish night club venues and is no stranger to the scene.

He has said that the dance scene led to life-long friendships being forged during some of the darkest days of the Troubles and in some cases marriages and families resulted from the draw of the clubs.

The production crew have already gathered footage and photographs from the various venues but are keen to have more.

The Arena – later to become The Met – was the nightclub attached to the former Drumsill Hotel.

Long closed and long missed by many, the club regularly drew thousands from across Armagh and far, far beyond.

It was one of a number of top-rated clubs of the time which are being targeted as part of this new documentary production.