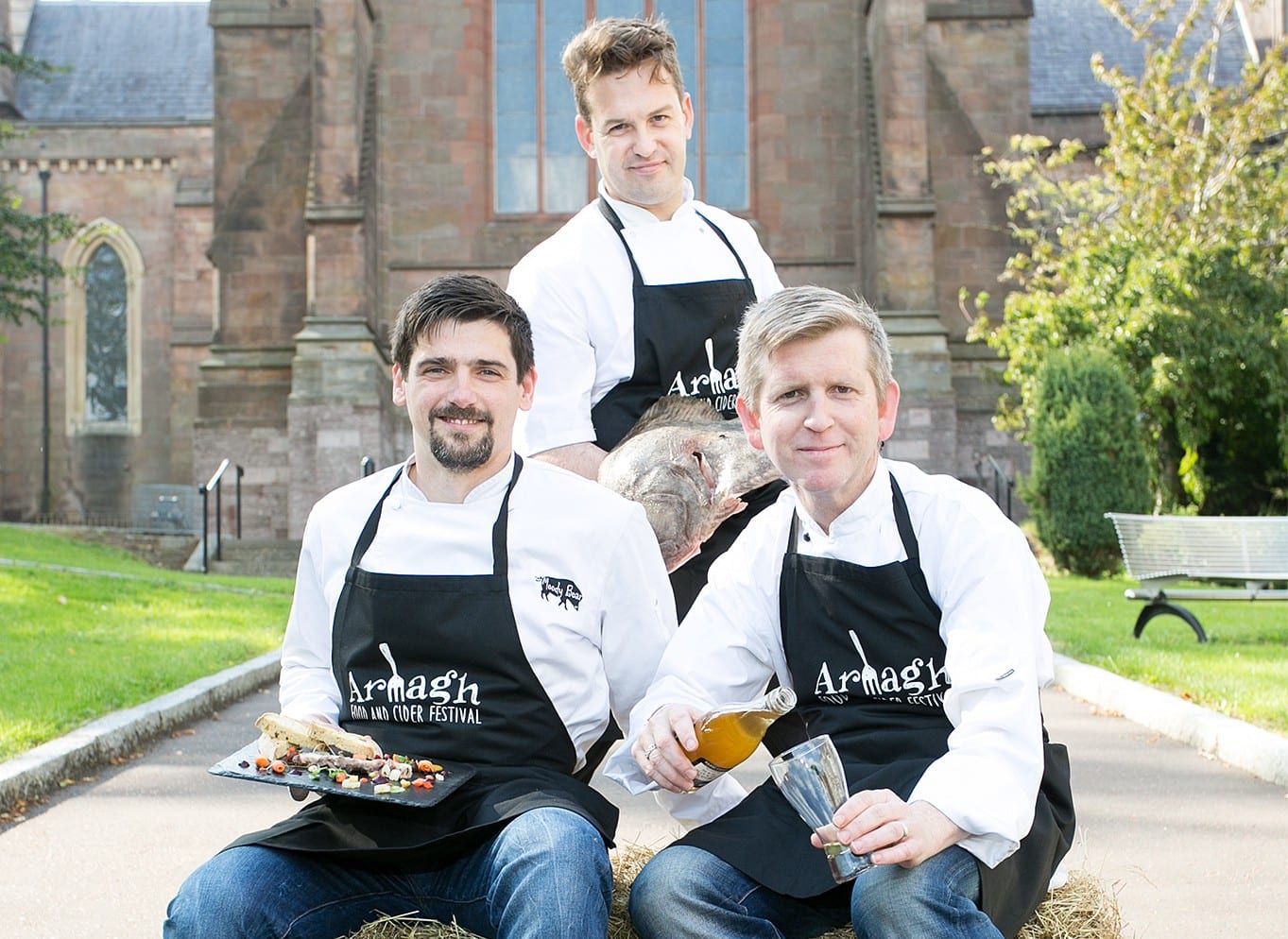 Thousands of locals and visitors alike will be raising their glasses in Armagh next month as the city celebrates its first Food and Cider Festival, which features a packed five-day schedule of activities including an artisan market, food tours, cookery workshops, food and drink sampling and deliciously moreish menus.

Armagh is one of Europe’s biggest apple and cider producers and its famous Bramley apple variety has special EU protected geographical status which puts it along other elite produce such as Parma ham, Parmesan cheese and champagne – and up to 50,000 tons of the quality fruit are produced annually by the Orchard County in this £50 million industry. Supported by Armagh City, Banbridge and Craigavon Borough Council, the city’s first official Food and Cider Festival will get under way on Wednesday 7th October and runs to Sunday 11th October, with most events taking place over the weekend.

The inaugural event, which is supported by local food and drink producers, restaurants, cafes, pubs, hotels and local shops, features the best of the city’s top eateries, including the award-winning Uluru, The Moody Boar, 4 Vicars, Seven Hills, Groucho’s and the Studio Café.

The mouth-watering festivities include a full weekend packed with scrumptious menus and mouth-watering events which include an artisan food and cider market, cider tasting, a pop-up cookery school with workshops for all ages and abilities, fun food and orchard tours, cider tasting as well as Armagh’s first official Bake Off challenge.

Lord Mayor of Armagh City, Banbridge and Craigavon Borough Council, Councillor Darryn Causby, said: “Armagh is famous the world over for the quality of its apples, its farm produce and for delivering an unrivalled choice of casual and fine dining in a solid, growing base of popular restaurants, cafes, bars and hotels.

“Armagh’s first Food and Cider Festival will roundly deliver on that and we can’t wait to showcase the Orchard County’s finest produce and culinary expertise to the city and the world.”

“As a region which already enjoys special EU status which promotes and protects quality and authenticity, it’s time to remind ourselves and the world of what we do really well and properly celebrate the progress we’ve made to becoming a real destination of choice.”

Armagh’s Bramley orchards stretch from Armagh city to Portadown with the greatest concentration on the gentle slopes around Loughgall and the local industry directly employs around 1,500 people.

The Armagh Food and Cider Festival is also supported by the Department for Agriculture and Rural Development.

For more information on the Armagh Food & Cider Festival and for all upcoming events, visit www.armagh.co.uk/food or by contacting Armagh Visitor Information Centre on +44 (0) 28 3752 1800.