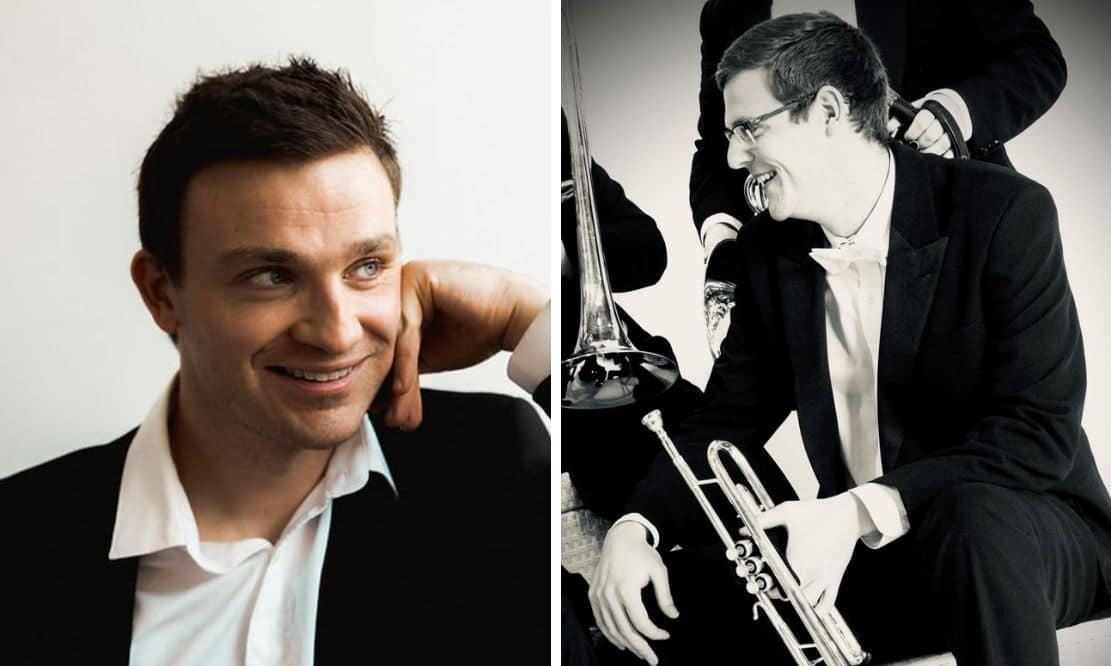 An exciting recital featuring music from Eastern Europe, written for trumpet and piano by some of the best known composers of the 20th century.

Trumpeter, Stephen Murphy and pianist Cahal Masterson, are both originally from Poyntzpass. Their musical career has taken them both nationally and internationally for studies and work. This collaboration has been an ambition of theirs for many years and both are delighted to be giving their premiere performance in their home County of Armagh in the wonderful Market Place Theatre.

The main work featured in this recital will be the Arutunian Trumpet concerto. Although born in Armenia, Alexander Arutunian (1920 – 2012) studied at the Moscow Conservatory. He was awarded the Stalin Prize in 1949 and the People’s Artist of the USSR in 1970 for his contribution to music in the USSR. His trumpet concerto was premiered by the great Soviet trumpeter Timofei Dokschitzer in 1950. The work features romantic lyrical cantabile sections alongside virtuosic passages which are uniquely influenced by Armenian folk music. The concerto is written in one movement but contains five distinct sections.

Other works will include a selection of Rachmaninov Preludes for piano, performed by Cahal Masterson. Other repertoire featured in this programme will include works for trumpet and piano by Tchaikovsky, Glazunov, Bohme and Goedicke.

This event is subject to funding.