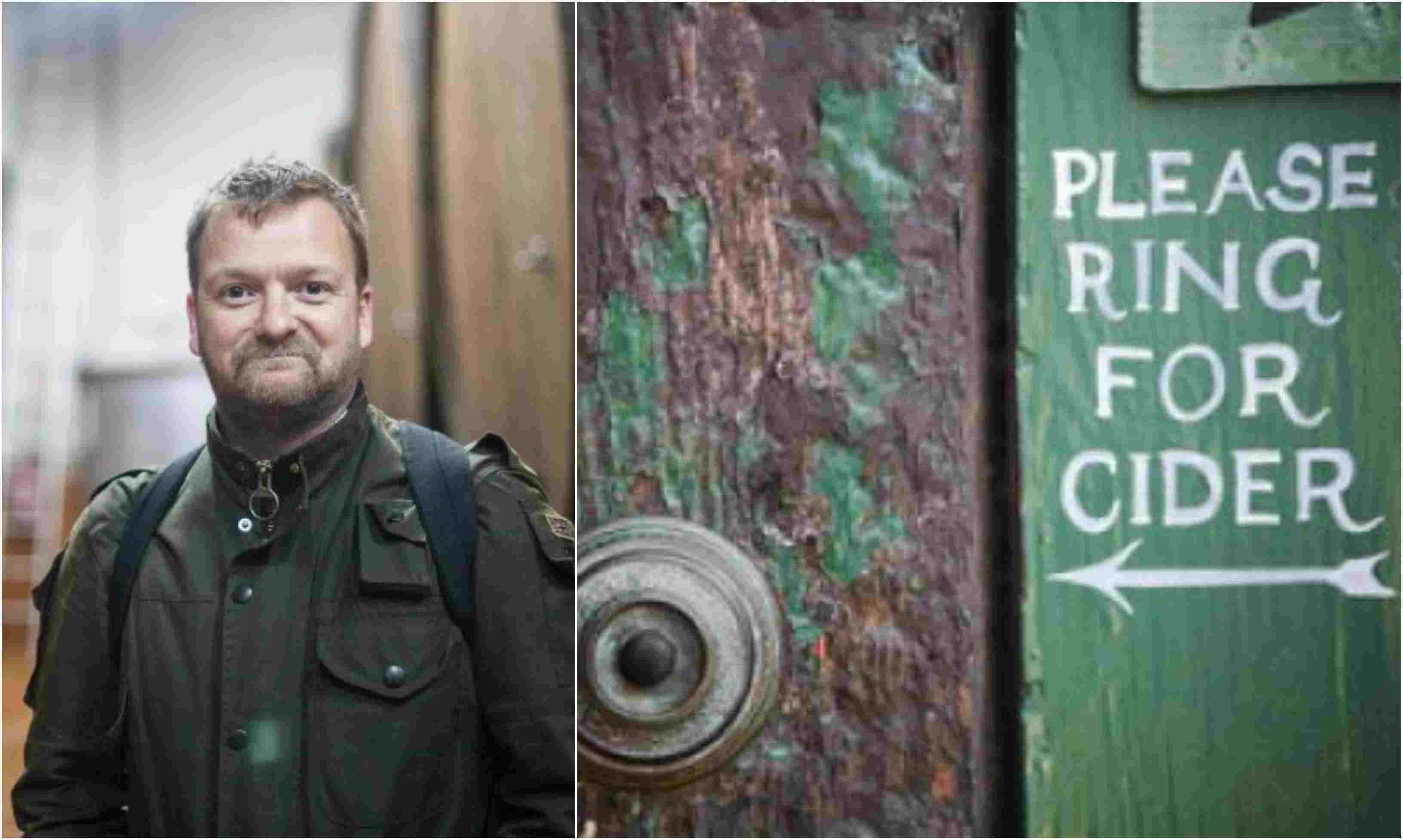 There’s an abundance of activities taking place across the borough for next week’s Armagh Food and Cider Festival.

There’s the open markets, but there’s also the more intimate events, like this, real cider discovery tasting with Bill Bradshaw – the renowned international photographer, writer and most importantly cider enthusiast.

Bill takes you on a journey of local ciders at a unique tutored, cider tasting at Groucho’s on the Square.

With so many factors affecting its taste and flavour, from the varieties of apples from which it is crafted, the soils and climate of where they are grown to the methods and techniques used in its production, there really is a cider for everyone.

Bill will work his way through a number of Armagh Ciders with tasting notes to find out, which you like best!

These ciders will be served with meats and cheeses with a selection of ‘Yellow Door’ breads and crackers along with Groucho’s Apple Butter.

What was it about cider that captured your attention initially?

After graduating from my photography degree, I moved back to Somerset and was asked to document a local project teaching school children about Somersets apple and cider heritage and their importance historically. When the project was over I didn’t want to stop so I kept exploring cider farms and the wider culture that surrounded it.I released it had something about it that I found fascinating and it became a personal project that continues to this day, 15 years later!

What has been your most treasured photograph that you have captured?

Some of the initial photos I did in the early days still hold a lot of value for me, I think my overall awareness of cider was low then and I was able to concentrate on the visual aspects of what I was doing more than anything. The image I am most known for is probably my falling apple image – which was undesigned and just something I stumbled across one sunny autumn day. Its proved very popular worldwide and I think its something to do with capturing the feeling of excitement people have for cider in such a natural place, without any people in it. Orchards are such still places – to capture some movement really brings it to life.

What do you think of our local ciders?

I haven’t tried much cider from Norther Ireland but what I have had was very pleasant. I’m always interested in peoples differing approaches based on the fruit they can get hold of or choose to grow. I love tannic cider fruit because that’s what I’m used to but I’m always impressed that people can also make interesting ciders using non-traditional fruit – which I think it much more difficult to achieve.

What has been the most interesting cider revelation that you have uncovered?

One of the most interesting things I have realised is how cider making is so different, yet exactly the same all over the world. We all need apples, a mill and a press and yeasts, but differing apples, mills, presses and yeasts give rise to plethora of flavours and approaches which makes for quite a spectrum of diversity within those confines. The most fascinating differences though are the local customs and traditions which are entirely different too in every part of the world. The space between the similarities and the differences is where I tend to point my camera.

Are you excited to be involved in Armagh Food & Cider Festival?

I’m really excited about my visit over to Armagh and can’t wait to get a taste of both the ciders created there, but also the chance to uncover some of the culture that I hope to show off to the rest of the world.

More in Food and Cider Festival