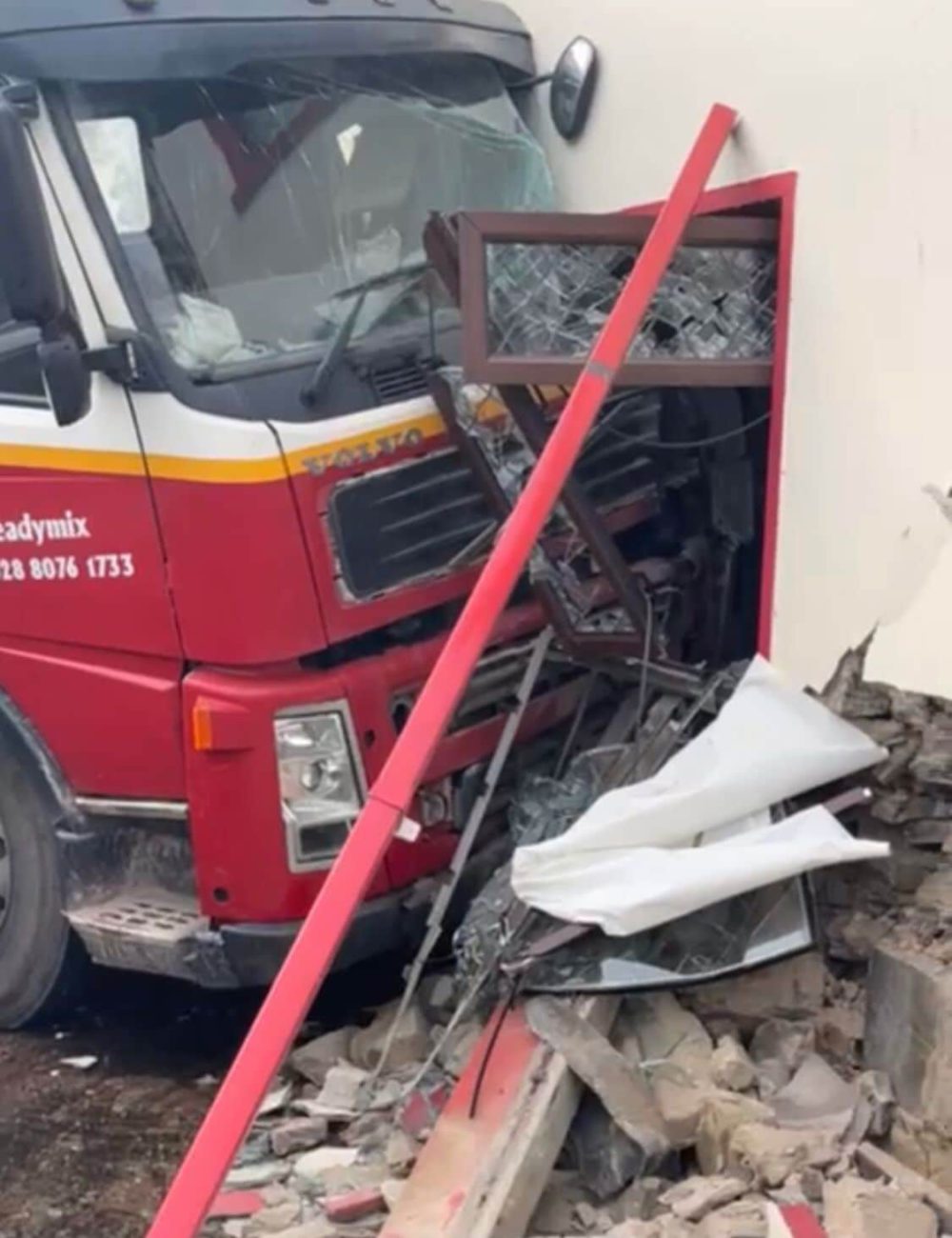 The incident happened along the Main Street shortly before 8am.

NIFRS group commander Mark Maginnes told the PA news agency that a structural assessment was being conducted to determine whether the building might be at risk of collapse.

Mr Maginnes said: “Fire crews rescued the gentleman from a first-floor flat and escorted him down a ladder because it was not safe for him to get out of the property any other way.

“There was a family in the house that the truck collided with but thankfully nobody was hurt in that property.”

Councillor Mallaghan, who spoke to residents following the accident, said: “It would have been quite a big shock to those who live on Main Street. It was so lucky nobody was in the room of the house when it happened.”

The Main Street had been closed and neighbouring properties evacuated as a precaution.