City of Armagh up to third with Instonians win 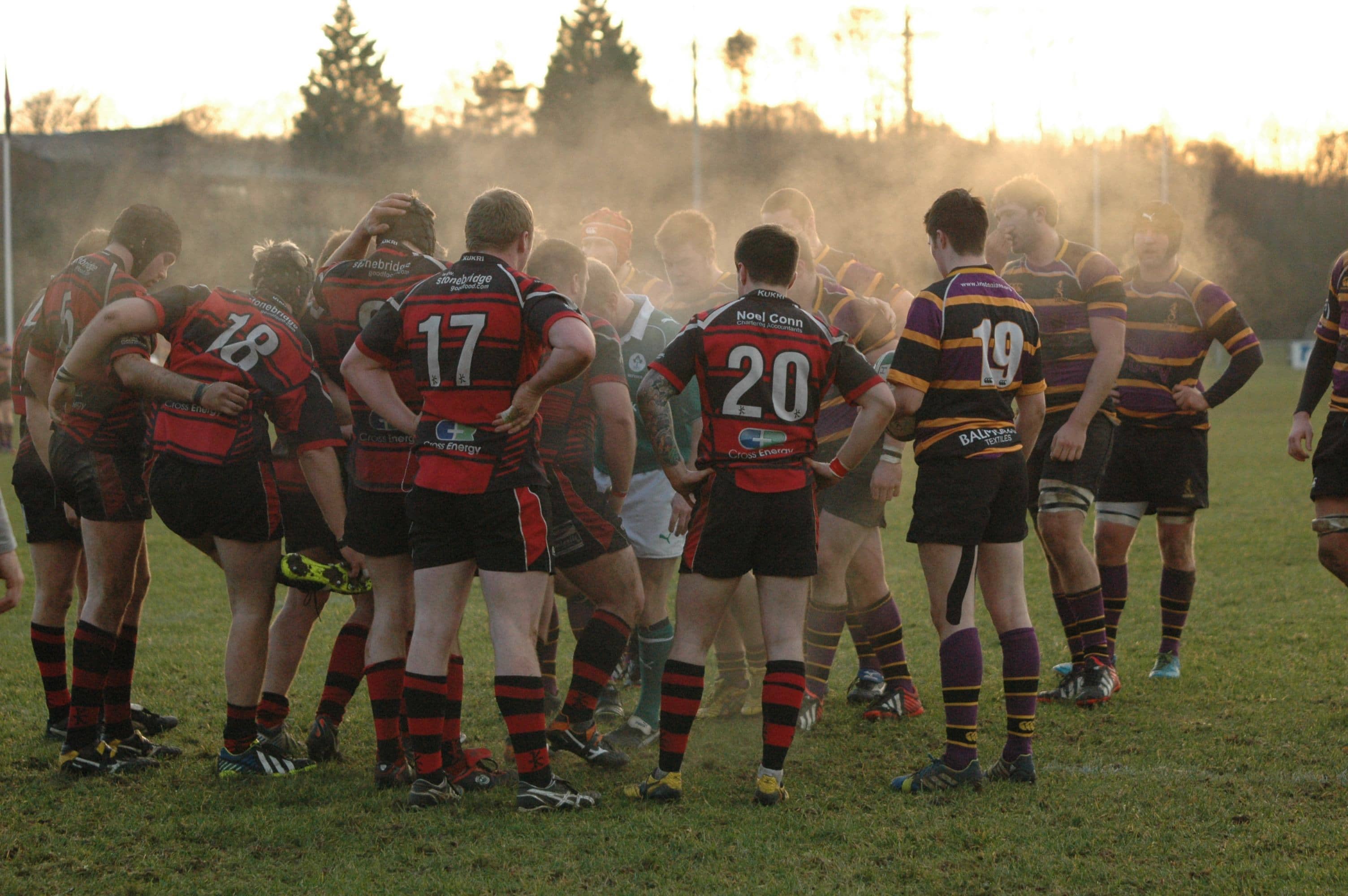 With the fascinating 17-16 win in the Ulster Senior win still fresh in their minds Armagh travelled to Shaws Bridge to play their eighth game of the season in the All-Ireland league.

The game kicked off in perfect conditions and after only six minutes play winger, Stuart Lester, rounded his man and fed a perfectly timed pass to team captain, Richard Reaney, who touched down. The conversion went wide, however, but the early try was an indication that Armagh were not going to let the young Instonian side bully them as they did in the previous encounter.

From the re-start Armagh strayed off-side and the Instonian’s Brian Scott kicked a fine penalty to bring the score to 3-5. From the re-start Armagh launched a fine exhibition of fifteen man off-loading right up the centre of the pitch which ended with Instonians being penalized for not rolling away following a tackle. The kick brought the score up to 3-8. Sixteen minutes into the game ex-Instonians centre, Seamus Mallon, intercepted a pass and scored under the posts. The conversion brought the score up to 3-15.

The game had scarcely restarted when Seamus Mallon and Peter Elliott collided and Mallon was forced to leave the field just  twenty minutes into the game and Instonians had not yet ventured into the Armagh half. To add to their troubles the home team was penalized for diving over a ruck and Reaney kept the score board ticking up to 3-18. It took thirty minutes play to result in a home try and when the conversion went home the 10-18 score appeared to encourage the Instonians. This was short lived, however, when their left winger was yellow carded for an intentional knock-on. The penalty kick brought the score to 10-21. Armagh’s good fortune came to a head as, on the stroke of half time another penalty kick literally rolled home as it bounced on the cross bar to leave the score at 10-24 at the break!

Armagh continued to dominate the game throughout the second half with Instonians failing to put any points on the board and suffering a further yellow carding. A major portion of the half was centred in the Instonian’s right corner with repeated scrums requiring to be re set. The forward battle being won by Armagh they stamped their authority on the game as James Morton scored a try in the last quarter of the game. The conversion brought the result to 10-31. The young Instonian side never gave up and fought right up to the final whistle.

This win elevates Armagh to third position in the 2B league with six wins from eight games. In fact if they had not lost out to the away fixtures in Navan & Richmond they could have had a clean sheet just like Nenagh who hold top slot.

Armagh have no fixture next Saturday but entertain Boyne at home on January 25. They will be keen to make amends for the lackluster performance when they lost in Drogheda last season.