City of Armagh punished late on in narrow defeat to Greystones 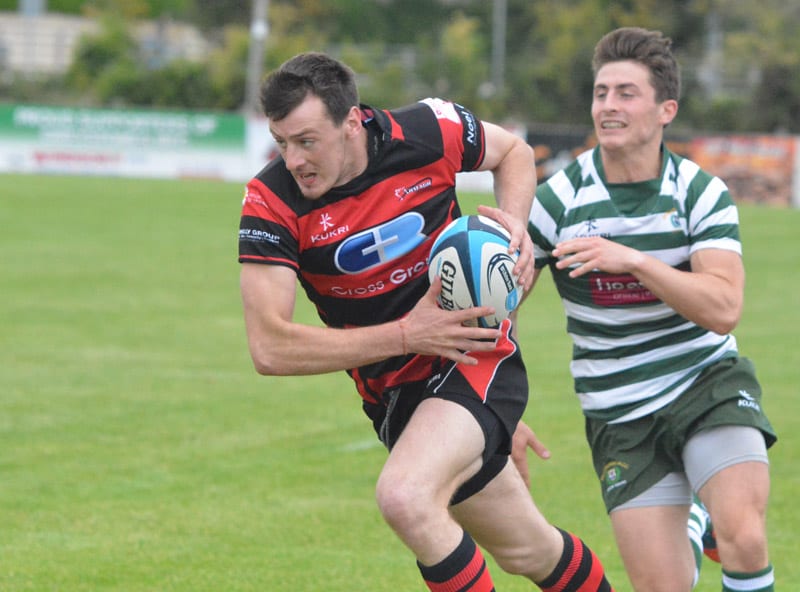 Armagh travelled south into Leinster on Saturday to play the second game in their 2015-16 Ulster Bank All-Ireland League campaign.

For various reasons Armagh were unable to field a full-strength side, indeed, they were seen to miss four of their regular selections.

Due to the timing of the Ireland v Canada world cup game the local fixture was delayed until an unaccustomedly 4.30pm.

The game kicked-off in ideal conditions with a gentle breeze at the backs of the home side.

Within five minutes play Armagh were penalised for pulling down a maul just outside their ’22’.

The Greystones kicker, Barry Lynn, obliged to put the score at 3-0.

Despite missing those crucial players the Armagh side were seen to be able to ‘hold their own’ against a sizeably bigger pack.

These incursions forced Greystones into penalty situations and Johnny Pollock succeeded in levelling the score at 3-3.

One of these touch kicks resulted in Armagh’s Conlith McGillan forcing his way over for the solitary Armagh try. This try left the half-time score at 6-13.

Almost immediately after the re-start Armagh were seen to stray off-side, presumably, due to impatience.

This, in turn, cost Armagh dearly as their lead narrowed to 9-13 following another penalty kicked by Greystones.

The following phase of the game led on to the referee speaking to several of the Greystones defence and issuing yellow cards for ‘failing to roll away’ after tackling.

The chat resulted in Armagh being granted a kick at posts which saw the score rise to 9-16. Again, Armagh’s full-back sent several beautiful deft touch kicks deep into Greystone’s ’22’.

Alas, however, Armagh’s over keenness enabled the Greystones out-half sending a well aimed cross-field kick to send the home winger in for a gifted try saw him grab an interception and set off up the field from deep inside his own ’22’ towards the open Greystones goal-line.

Alas Harry’s speed limiter appeared to kick in and he was caught just inside the Greystones half.

This game was not dead yet and in the dying minutes Armagh were penalised in front of their posts for failing to roll away from a defending tackle.

The greystones kicker again found form to finish the scoring at 17-16. Again, however, Harry Boyd tried to save the day with a attempt at a drop goal in a ‘do or die’ effort. Sadly the kick fell shy!

To leave an away fixture in this league with a solitary losing bonus point would have been thought satisfactory a couple of seasons ago but Armagh have set their sights a lot higher now!

Generally, the team felt that they were good enough to return North with a win from this game.

General lack of discipline coupled with an over exhuberant attitute deprived them of a points win.

As well as kicking most of Armagh’s points, Johnny Pollock ran some good lines

Armagh’s club captain, Neil Faloon takes a heavy tackle in the second half

Robbie Faloon makes a break in the first half