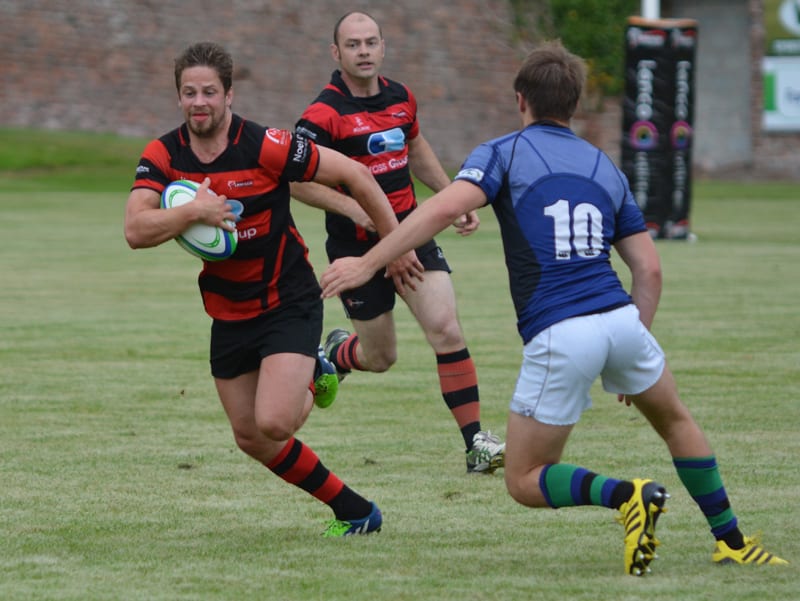 Armagh played the second game of their 2015-16 season on Saturday when they entertained Queens at The Palace Grounds.

The new Armagh coach, Brian McLaughlin, decided that the format of this fixture should take on the complexion of a four-quarter match to enable a multi-subbing game!

The Armagh team appeared to approach this fixture with a much more structured attitude compared to last Saturday’s game in Ballymena.

The game was played in ideal conditions with the temperature  sitting at 15 degrees and no appreciable breeze.

The first fifteen pitch has undergone some loving care and attention over the Summer break and it was certainly beginning to show results.

The club grounds staff of Ian Watson & Andrew Rowan have to be praised as their effort have produced grounds any club would be proud of!

The score board remained at 0-0 for the first quarter but it was obvious that the home side were demonstrating the more enterprising rugby with club captain, Neil Faloon, putting in a stirling effort.

The first score of the game came in the second quarter when winger, Matthew McSorley ran in a try from the left wing. This was converted by Johnny Pollock.

Hooker, Zak Kneebone, was seen to excel in this quarter when he made several storming runs down the centre. He was also seen to defend with great determination when he stopped several very strong Queens attacks in typical Kiwi fashion!

The third quarter kicked off with the score still at 7-0 but a strong run from full-back, Josh Morton, sent hooker, Jack Slater, over for a try at the posts.

In the final quarter Armagh intensified their game resulting in James Morton scoring under the Queens posts. again the conversion was on target to finish the score off at 21-12.

All in all it was very encouraging to see the home squad of 28 players all contributing in what was a very entertaining spectacle of wide open fast rugby.