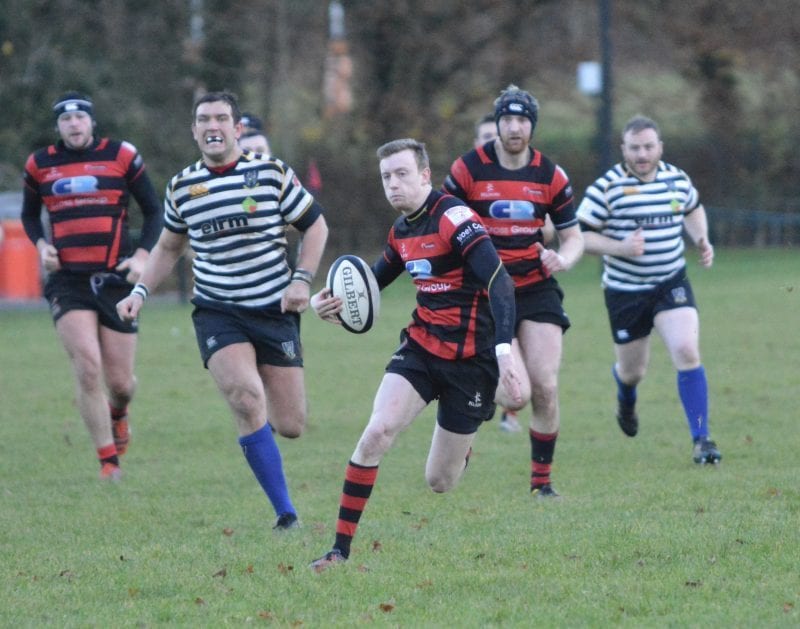 Armagh Seconds played CIYMS in the Conference League on Saturday at the Palace Grounds on a fine sunny winter’s day.

Having come out on the wrong side of a defeat in the Junior Cup earlier in the season by CI, the home side were determined to put in a performance and in the end ran out comfortable winners in what was a very entertaining game.

CI kicked off with James Hanna receiving and taking ball into contact with several of the large visiting forwards.

With Harvey Young at out half, the home side were keen to move the ball at pace and after several carries into the visiting territory, Michael Rolston broke through a couple of tackles to touch down at the posts. With the conversion by Young, Armagh had an early 7-0 lead.

With CI starved of possession, Con Oliver drove over after more good team play for another converted try. With CI now realising they were in a game, they applied pressure from the restart with their slick backline bringing play into the home 22.

An overlap was created on the far left for an unconverted try by their winger. With Captain Matty Allen and Stuart Lester proving to be a more than useful centre partnership, Andrew Brady was sent off on a 30 metre run to the corner for a fine try.

With the half time score at 19-5 Armagh were expecting a reaction from CI on the restart and they got it. CI received the ball from the drop out and some determined ball carrying by their backrow and interplay from their backline brought play into Armagh’s 22.

However, with Stephen Morton, Rolston and David Swann tackling like demons, the ball was eventually turned over. With Paul Mullan now entering the fray to replace the injured Venter, the home side had the edge at scrum time and after quick ball from Matty Wright, Young made a great break on the halfway line and had enough gas to go over in the corner for a fine individual try.

To add insult to injury he knocked over a great conversion from the touchline, 26-5.

On 55 minutes winger Kyle Faloon collected a high ball and ran through the CI defence at pace. When tackled, Lester was on hand to receive possession and score at the posts. With the try converted by Young, the score was 33-5 to Armagh.

CI responded with a try two minutes later with their second row forward touching down out wide for a converted try.

Armagh were to have the final say when a CI move broke down in their own half, Lester was on hand to regain possession and power through for his second try of the day. Young again converted to bring the final score to Armagh 40 CIYMS 12.