Road Bowls: Ulster Championship results and all eyes on King and Queen of the Road event 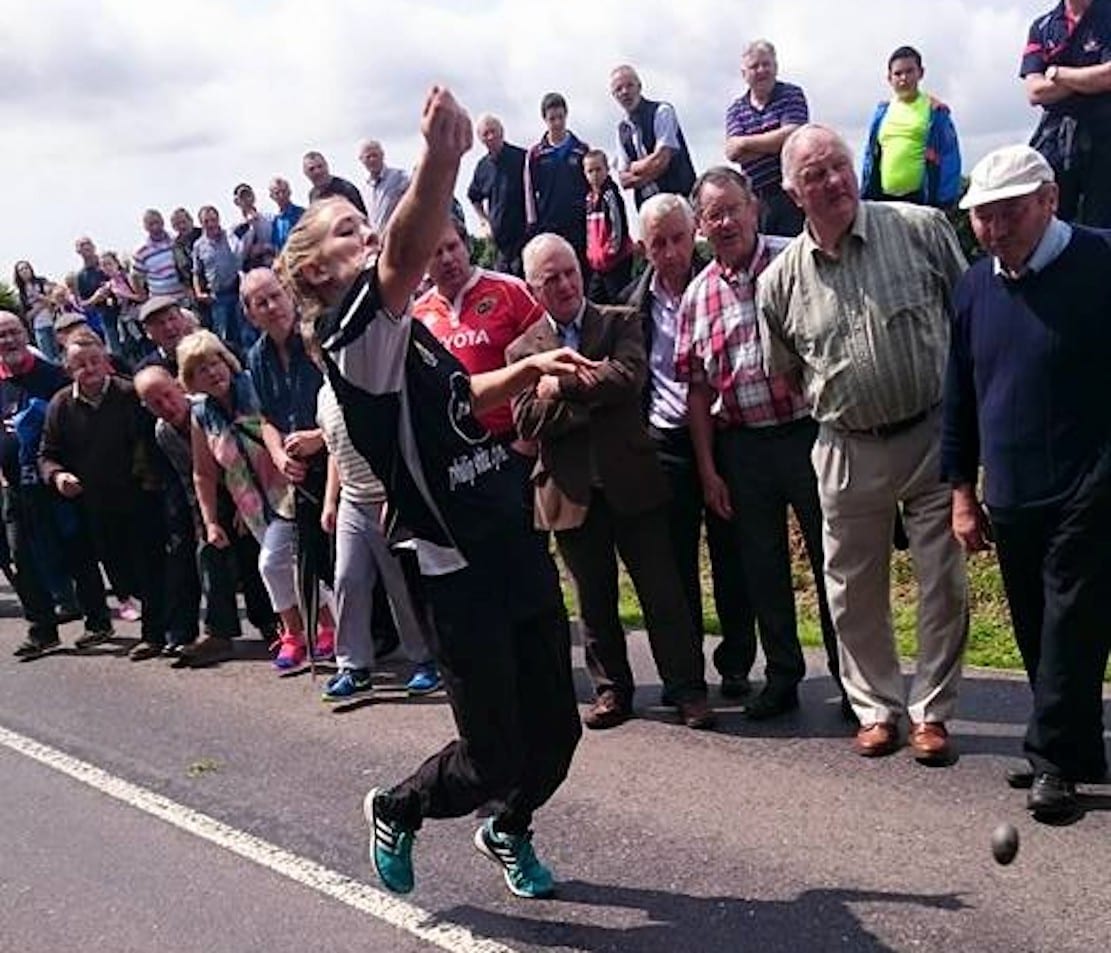 The introduction of the new Girls Under-14 Ulster Championship kicked off for the first time.

Niall Smith from the Navan Road Bowls Club had seen, over the last few years, The Philip White youth grow in numbers and that it was just a matter of time before the girls provided, not only Ulster Titles for the future, but All Ireland title too.

Philip White Youth is all about promoting these youngsters into future champions, and with over 28 entrants entering the Under- 14 championships, it’s just remarkable.

A big thank-you to The Lappin and McGleenan families for giving their full support in helping Niall behind the scenes.

When the draws were revealed, to make sure the girls would keep throwing bullets, it was decided that any loser in any round will get into the backdoor system and throwing in the Philip White youth tournament, which will be starting shortly.

The McGleenan Family have put up the John McGleenan Memorial Cup, sponsored by West Armagh Consortium, so hopefully this legacy will continue for many years ahead.

In the first semi-final of the girls Under 14 Ulster Championship last Thursday Night on the Navan Road, it was Shannon Smith vs Eleanor Sweeney vs Anna Carson.

After the first shot from the trio only 20 yards separated the girls. This score could not be separated in any way with the lead changing hands with every shot.

Smith played a poor 3rd bowl leaving both the opposition throwing their lead at the Ring Corner. Smith then produced a massive shot from the corner to almost reach Crosses Lane.

Carson fell behind Smith’s Tip and now a big chance from Sweeney as she was throwing her lead from the big tree.

Sweeney caught her bowl and now the score was level again with only 5 yards between all. Sweeney misplayed her next bowl. Smith again hit a great bowl over the hill but it soon was followed by Carson. Sweeney was in trouble with yet another Misplayed shot and her chance had slipped away.

The score now was nail-biting with smith and Carson fighting out to see who was going to reach the Ulster Final.

Smith played a great last shot but was unlucky as her bowl fell short off the line. Carson then produced the perfect shot to score the line and to be the first recipient to reach the girl’s Under 14 Ulster Final. Hard luck to Runner up’s Shannon smith and Eleanor Sweeney. Next Tuesday night at 6.30pm we will see who meets Anna in the Ulster Final. Michaela Greene, Ellie May Carr and Lilly O’Rourke will battle it out.

It was that time again when our local schools came together, and this time Sherry’s Field was the venue on the astro Turf, last Friday, starting at 10am.

This was open to both boys and girls at primary age. School’s taking part were Madden with 14 kids; St Patrick’s Loughall Road with 26 kids; Mt St Catherine’s Armagh with 33 kids; and Keady with 23 kids.

All children were introduced to our sport of road bowling in a safe zone. Sinead Kiernan, Rosin Mackle, Cathal Toal, Niall Smith – all former All Ireland Champions were their to show their support.

The Children were bowling on the Astro Turf using cones as target’s. Then the longest shot was the main event. The children after an hour of bowling looked like professionals and are ready for local clubs to join them up.

A special thanks to volunteer’s on the day; Gerry Boylan, Dominic Morgan, and Dinny Lappin, as events like this wouldn’t happen without great sportsmen like yourselves. The schools must be congratulated, for not only taking part, but the children involved are just a credit to your schools as their behaviour and willing to learn was second to none.

King And Queen Off The Roads

2019 and we are now almost at the end of a busy year of road bowling but we can save the best to last as The King and Queen off the Roads is next on the cards this weekend.

Cathal Toal, this year’s Senior Ulster Champion, will have his sights on being crowned King off the road Champion for the first time.

Thomas Mackle who has an unbelievable record at this event has won four consecutive King of the Roads, an unreal achievement and now going for another.

Dervla Mallon, girls Senior Ulster Champion, will certainly be in with every chance to be crowned queen also Kelly Mallon who lost out in the Ulster Championships to Dervla has now qualified leaving herself back in with a winning shout.

Peader Toal, a very impressive All Ireland Intermediate Champion, will also have every chance Sunday Morning .

Michael Rafferty will have a rematch of his All-Ireland Final when he throws Vincent Kiely and Sean Donnelly will throw Mick Hurley.

This weekend is about the top bowlers that our sport can provide. From Armagh, Cork, Holland and Germany – a weekend not to be missed.

Next weeks Fixture’s Around the Local Clubs

Quinn who was very impressive in his march through Grade Three found the going in the final much harder and after a poor start his challenge was over by the halfway stage.

Toal and O’Hagan on the other hand were enjoying the challenge and with O’Hagan a bowl in front at McCuskers Corner the scene was set for a grandstand finish.

Toal levelled the final at Callans and when he lead by 20 metres for the last shots to Connollys he was a strong favourite.

O’Hagan had other ideas and a tremendous bowl well over the line turned out to be enough to lift the silverware as Toals reply came up just short.

There was another close finish in the Novice 4 Qty Final back to the Village when Michael Dougan had less than a metre to spare over fellow Tullysaran clubmate Shane McKenna in a thrilling contest that could have gone either way.

We would like to offer our sympathy to Vera McGee and the entire Jordan connection on the recent passing of Brian Jordan. May he rest in peace.

There will be a presentation and light supper on Sat 5th October at 8pm in the Bottle of Benburb to celebrate Chris’s All Ireland win. Everyone welcome.

Novice 3 Scores can’t be cancelled due to time constraints will have to be played on the stated weekends possibly for throwing on the Saturdays only if the other thrower agrees.

Ellie May Carr vs Lilly O Rourke vs Michaela Greene

Message To all Clubs Meeting this Tuesday Night 8.30pm venue Charlemont all clubs must be represented thank you