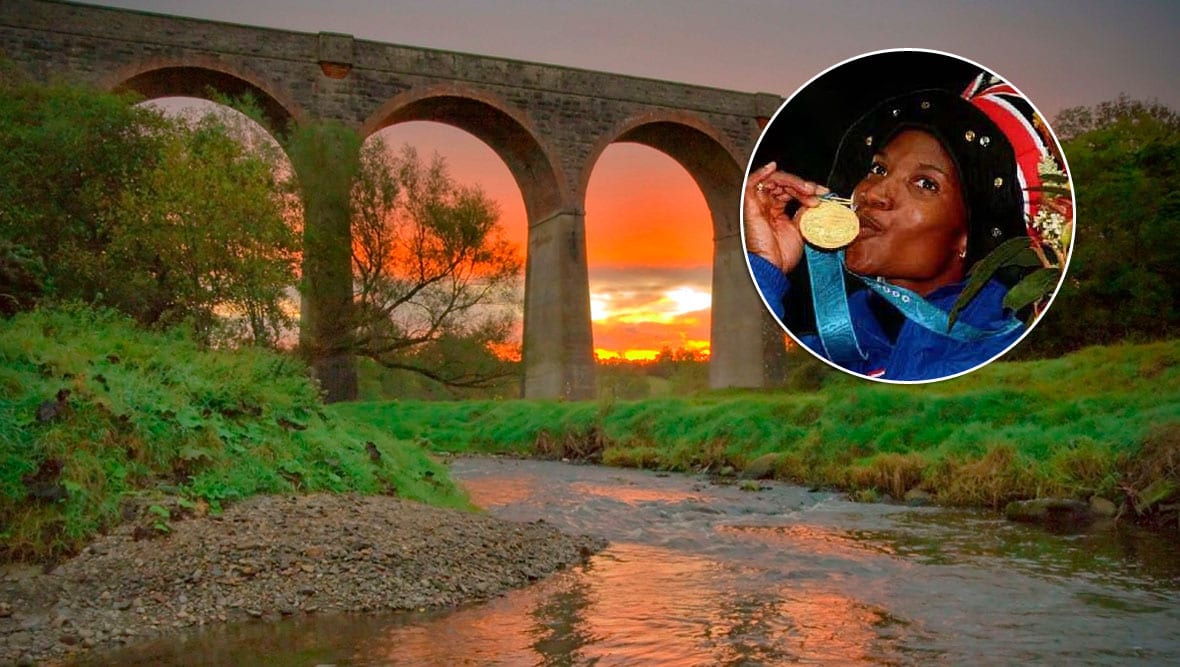 Former Olympic Gold Medallist Denise Lewis will be coming to Tassagh this weekend to try a very different sport!

Huge crowds are expected when Denise will be throwing a 28oz road bowl at the beginning of an exhibition challenge.

And it is being filmed for national television, with the BBC featuring material as part of a series of ‘Secret Britain’ shows which will be broadcast across the whole of the UK next spring. It is being organised by the Northern Branch of the Bol Chumann na hEireann and takes place this Sunday, September 27.

Bowling takes place on the Tassagh Road, just off the main Armagh to Keady Road and close to the famous Tassagh Viaduct.

It gets underway at 1pm and it will also involve a long-shot competition involving a number of local underage girls and boys. They will be representative of the various road bowling clubs in the area and some are already successful champions in the sport.

Denise Lewis – who won the Gold Medal in the Women’s Heptathlon at the Olympic Games in Sydney in 2000 – will take up the challenge of road bowling for the first time.

The TV pundit who has excelled in so many sports will draw a great interest to see how she gets along at road bowls.

After the long-shot competition, the main event of the day will see a mixed doubles score, when the Madden duo of champions Kelly Mallon and Paul O’Reilly will compete against Aoife Trainor and Thomas Mackle, both champions in their own right.

All other club fixtures for Sunday have been put on hold to allow further attendance at this event.

TV crews will follow the action up to the finish line, which is close to Basil Sheils.

All are welcome to come along, but those attending are asked to co-operate fully with the stewards throughout.