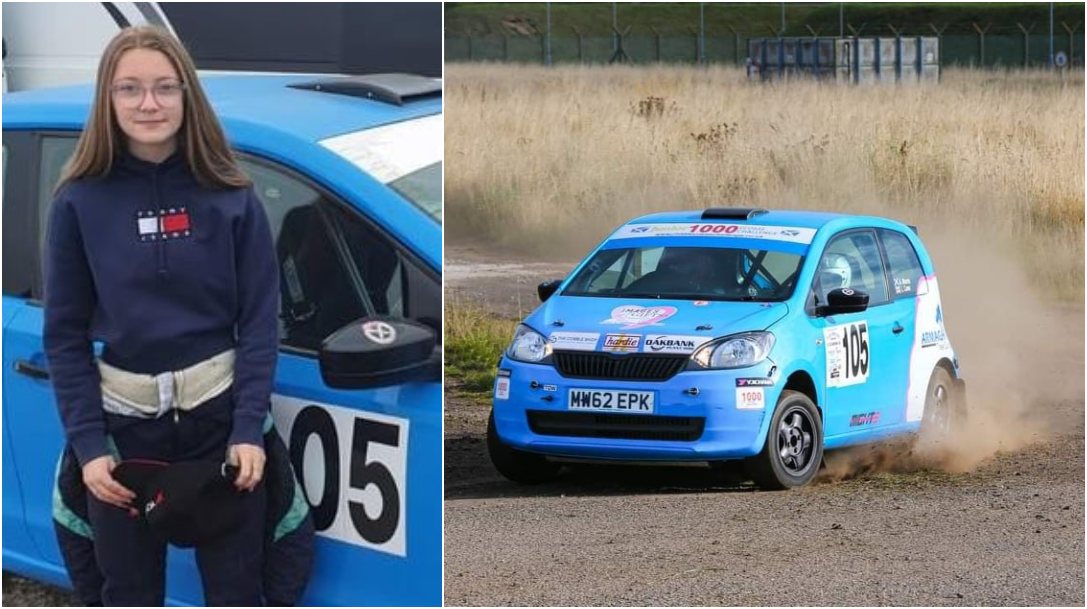 History was made at Milltown when Letisha Conn became the first girl take an outright win on a Junior Rally in any UK Junior Rally Championship.

Letisha, from Newtownhamilton in Northern Ireland, started competing at age 14 in the Junior 1000 Ecosse Challenge in 2019, and has made steady progress in a Peugeot 107, and then in a Skoda Citigo.

Letisha gained her first podium finishes with second places on the Kames Junior Rally, and on the Kingdom Stages, before moving up to the top step, a couple of weeks later in the Milltown Stages.

Letisha tells how she became involved I the Junior 1000 Ecosse Challenge: “We had initially bought a car in the hope that we could compete in Northern Ireland, however, the championship was then cancelled, and we decided to broaden our horizons by crossing the water with the hope of getting started in my motorsport journey.

“I am glad we made the decision to travel to Scotland, as it has been such a great adventure, where I have made so
many new friends.”

That first season saw Letisha finish 4th in the championship, and she was eagerly anticipating continuing that momentum, when lockdown wiped out the 2020 season.

This season, Letisha picked up where she had left off 2019, and finished the season runner-up in the Junior 1000 Champion.

Letisha is studying an Enhanced Diploma in Sporting Excellence through the Motorsport UK Academy, in collaboration with Loughborough College, and said of the course: “I really enjoy this course and it makes learning so much easier because I’m learning about something I am passionate about. It has helped me to improve my driving and my overall understanding on the inner workings of a car.”

Letisha’s plans for 2022 year are to do the first few rounds of the Junior 1000 Ecosse Challenge alongside her brother, as he makes his debut, thereby setting another record by being the first siblings to compete on a UK Junior rally championship.