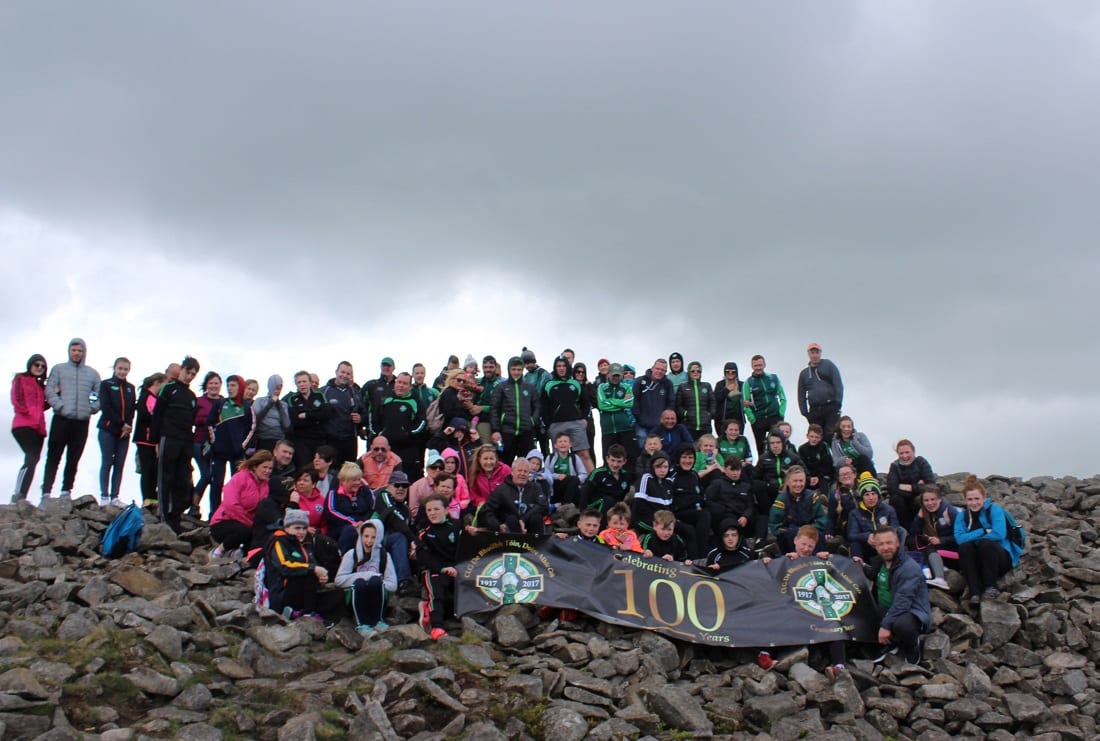 The Wolfe Tones and St Enda’s club in County Armagh is celebrating 100 years of football in Derrymacash this year.

There are a host of events planned throughout the year to celebrate the centenary.

One such event, which took place on Sunday, poignantly recalled one of the club’s former players and volunteers of note, the late Paddy McStay.

The McStay family have a proud footballing and camogie tradition within the club, and having been left overwhelmed by the club’s generous fundraising efforts during the illness of Paddy’s brother Donie, who sadly passed away in Chicago last month, decided that they would like to repay the kindness by organising this fundraiser for the club.

The club has weighed in behind the hillwalk and a large crowd representing all age groups from the club made their way to the ancient passage tomb on Slieve Gullion, which marks the highest point in County Armagh, to celebrate 100 years of Wolfe Tone GFC, Derrymacash.

A donation from the event will also be made to the Kevin Bell Repatriation Trust.