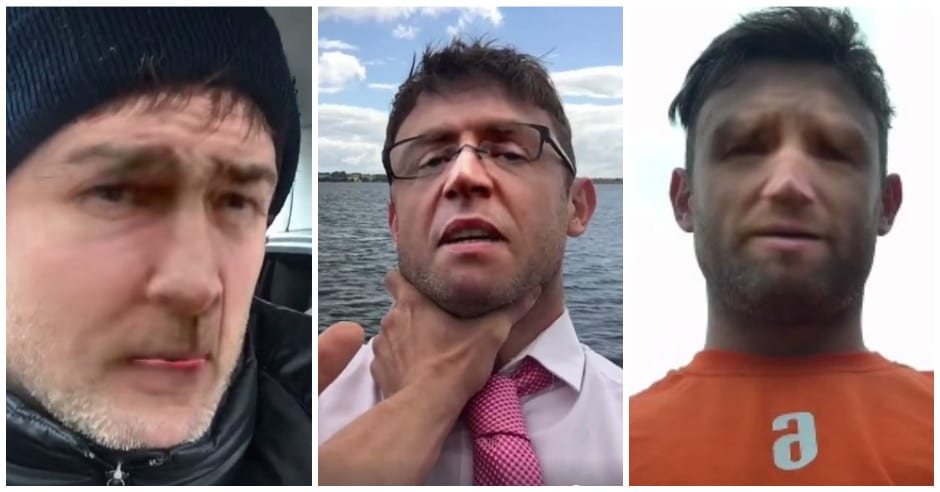 In terms of sketches, this is right up there.

Of course, none of these men actually partook in the filming process.

For those of you unfamiliar with Snapchat, there is a filter that allows a person to face swap with another or simply a picture saved on their camera roll.
It’s not as easy as it looks and Conor has got this one down to a T.

For a little context, Brolly was highly critical of McGeeney’s management ability earlier in the season.

“I have never seen a Kieran McGeeney team, whether with Kildare or Armagh, win a tight game against good opposition,” he said on RTÉ’s The Sunday Game Live.

“In the modern era, when the manager is very important and systems are important, I genuinely think that he hasn’t a clue about these systems and how to play.

“Imagine having Stefan Campbell, who’s absolutely lethal, (Gavin) Mc Parland is a very good finisher, Tony Kernan at centre-forward and they’re not being used. The gameplan doesn’t recognise the fact that they’re on the pitch.

“Cavan aren’t that great. He’ll probably be there for another five years as he was in Kildare. The guy’s got a very strong personality but being a great player isn’t necessarily a qualification for being a great manager.”