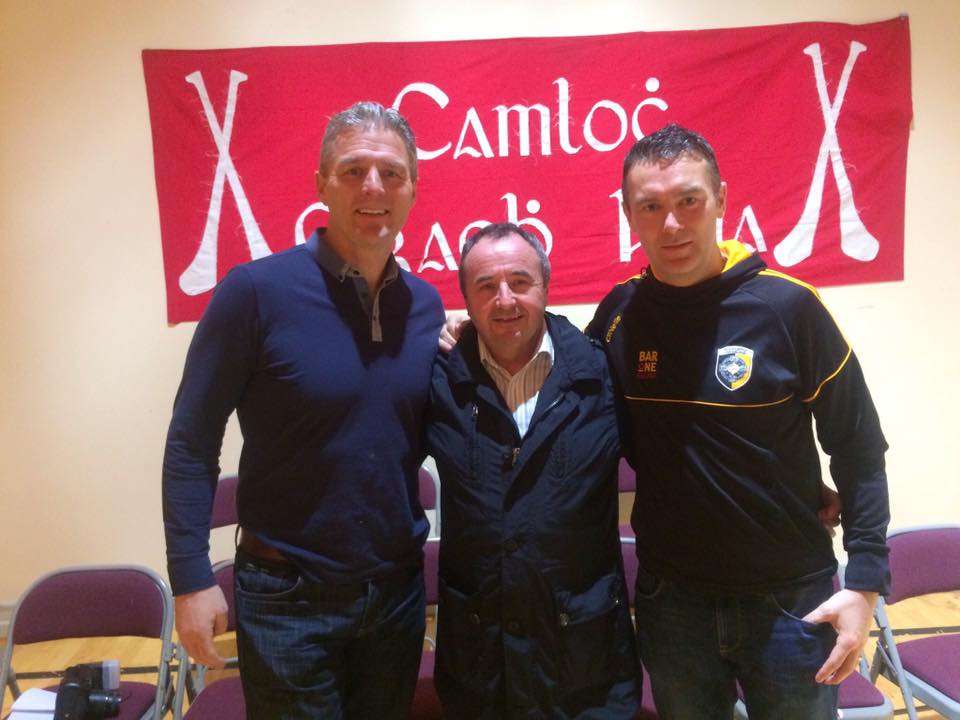 The excellent facilities and home of learning for the vast majority of the youth players was the perfect venue.

An excellent night was had by all and the club are very grateful to guests Oisin Mc Conville, Simon Doherty, Lyndsey and Kevin Hughes and Clare Poland. The night began with words from chairman Raymond Watters and a minute’s silence to remember and honour Patrick Quinn. On the night there was a lot of silverware with all players getting medals in recognition of their hard work and team development throughout the year.

Before this began those present heard from guest speaker and Armagh Hurling goaleeper Simon Doherty, who spoke on the importance of keeping the hurl in hand and keeping active through the winter months.

The Mc Greevy Cup was then presented to St Colman’s players Oisin O’Hare (received by brother Tiarnan) and Niall Elshaw. Sean McVerry of St Patrick’s Armagh then received the Mc Farland cup. The presentation of the Richard Hughes Memorial Shield was made by his sister and brother Lyndsey and Kevin. Coincidently and indeed befitting, it was young cousin Micheal Hughes who was the receiver of the Shield, an award to remember Richard and highlight the commitment shown to the game by the winning player.

In what was a  further highlight of the night Micheal was also presented with the Simon Nutley Cup. This is a cup which is awarded by Colaiste Bhlinne in their annual Poc Fada at the start of the Summer.

Clare Poland, the Armagh fixtures secretary, then spoke and offered words of encouragement on the great strides our club has made.

It was then the turn of the U14s who received their league cup and Feile Shield, with medals for all the panel. This was the cherry on the cake and just reward for their great leadership and dedication throughout the entire year.

It was appropriate that Oisin Mc Conville then spoke and offered advice from his own experience. Alluding to the medal haul of the young players he reminded all involved in the club of the much more important things on offer and how these strong friendships are the successes that inevitably count.

Secretary Labhras Bradley then closed proceedings by thanking all the families in the club for playing their part over the year. While speaking of the great dedication of the coaches in the club, he offered an invitation to the many parents in attendance in becoming involved in a helping capacity in order to sustain the club’s momentum.

The club would like to thank all those who helped organise and set up the night. These events don’t just run themselves and it was great to see lots of members giving a hand. A special word of thanks goes to St Paul’s for the use of the fantastic venue.

The final draft of the club’s annual report is now available and can be obtained from any of the committee or coaching members.