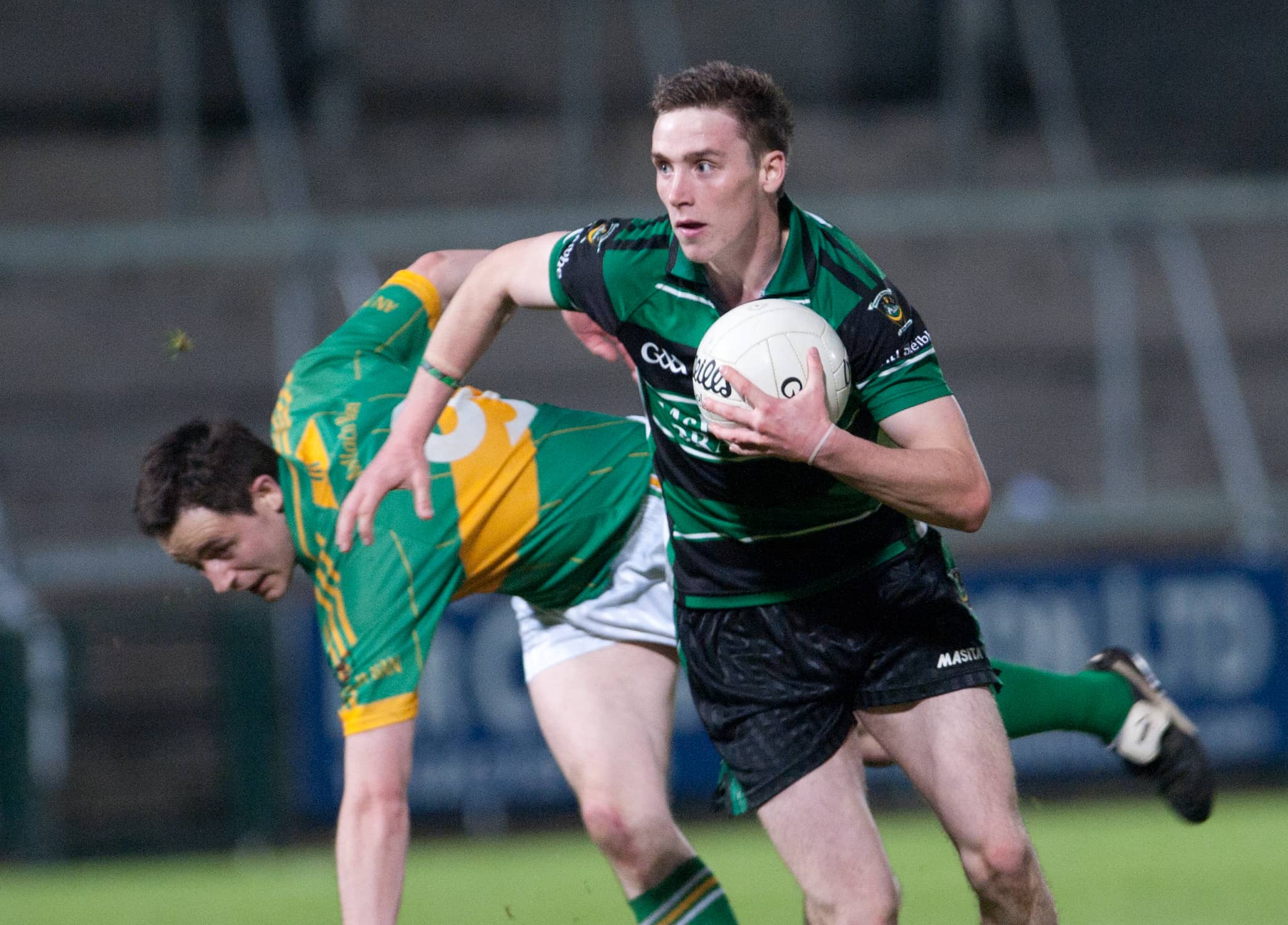 KILLEAVY progressed to the Intermediate Championship Final after their impressive disposal Mullaghbawn at the Athletic Grounds on Saturday night.

Talisman Steven McDonnell was instrumental throughout for Killeavy, hitting a personal total of 1-5.

Mullaghbawn opened the scoring after just 28 seconds when Eddie English fired over from close range, however, this was to be the one and only time they led.

McDonnell chipped over a free to level the game before a somewhat fortuitous goal in the fourth minute opened the gap to three. The Killeavy captain shot from some distance and somehow the ball crept off the underside of the bar and in. Mark McKinley would have to take some of the blame in the Mullaghbawn goal but the effort, if meant, was exquisite.

Caolan Trainor then added another for Killeavy but Mullaghbawn responded well to the deficit as they pulled a goal back through Paul Kelly who made no mistake from close range.

With only one point in it Killeavy decided to up their game and with it came the score of the game. That came from the boot of McDonnell who attempted the the audacious and landed it awesomely from all of 50 yards – assisted by the equally brilliant Trainor.

Stephen Malone and a fisted Trainor point then took Killeavy’s advantage to four. The lead was then further extended when Ciaran O’Hanlon broke free and drilled a low shot to the keeper’s left – he was equal to it but Trainor was quickest to react, tapping in the simplest of goals to open up a sizeable points gap.

The game was effectively over minutes later  when Michael Murphy rippled the net when he broke free of his man with consummate ease. Picking the ball up on the halfway line, he continued his run right through before a left-footed strike knocked the life out of Mullaghbawn.

Mullaghbawn then missed a number of chances to reduce the 10-point gap before Eddie English tapped over from a free.

Points from Ciaran O’Hanlon, James Donnelly and McDonnell (2) were added to the Killeavy tally before Englsih added his third from a free right before the break.

The second began just as the first did with Mullaghbawn drawing first blood thanks to a well-taken point from Eamon Quinn.

Ciaran O’Hanlon soon responded with two successive points. Two frees from Ciaran Grant reduced the deficit to 11. It was then further reduced when the excellent Eugene McVerry fired over from 30 yards after coming on as a first half substitute. Paul Kelly then added another for Mullaghbawn.

With over 10 minutes without a score McDonnell then steadied Killeavy again with a free 13 minutes into the second half. Substitute Niall O’Neill knocked over another to increase the lead to 11.

Grant then tapped over another free for Mullaghbawn but two Ciaran O’Hanlon points sandwiched a second fantastic Eugene McVerry point.

Eamon Quinn added again for Mullaghbawn five minutes before Gerard McCreesh smashed in his side’s second goal to take the deficit down to seven. This was all prior to Eddie English’s late point to leave his side beat by a six point margin.