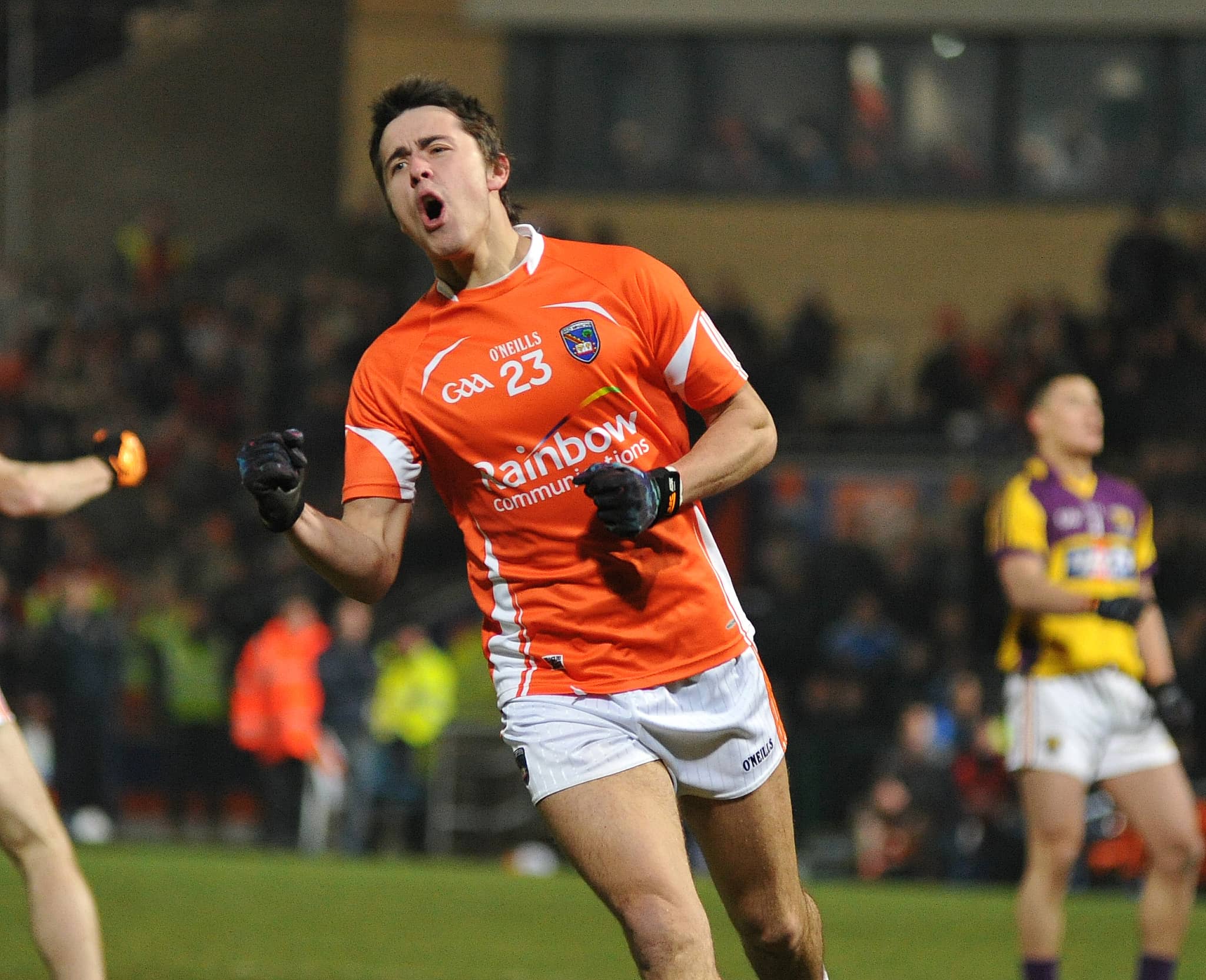 Armagh moved to the top of Division Three with victory over Antrim at the Athletic Grounds tonight (Saturday).

A Blaine Hughes penalty save from CJ McGourty gave the hosts a massive boost at vital stage in the game.

Ciaran McKeever got Armagh’s goal in the opening stages of the first half as Armagh raced clear but The Saffrons pulled it back to go in level 1-3 to 0-6 at half-time.

Armagh were unlucky to go in level at the interval but wasteful finishing saw Kieran McGeeney’s men kick 11 wides.

Armagh raced five points ahead in the second half with unanswered points from Charlie Vernon (2), Aidan Forker, Jamie Clarke and Anto Duffy.

The visitors replied with two of their own before the decisive penalty save kept Armagh ahead.

But Antrim showed resilience by hitting the next two points and then being awarded a penalty after a foul on Conor Murray.

McGourty stepped up and his strike was kept out by an excellent save from Hughes in a decisive moment in the game.

An unsavoury finale saw Murray, Sheridan and Beatty shown straight red cards for violent conduct while Armagh substitute Aidan Forker was given his marching orders for a second time in as many weeks. Antrim’s Conor Hamill was also black-carded.

Armagh take on Tipperary in their final game as they chase promotion.