Fermanagh through to semi-final after outclassing Armagh in Ulster Championship 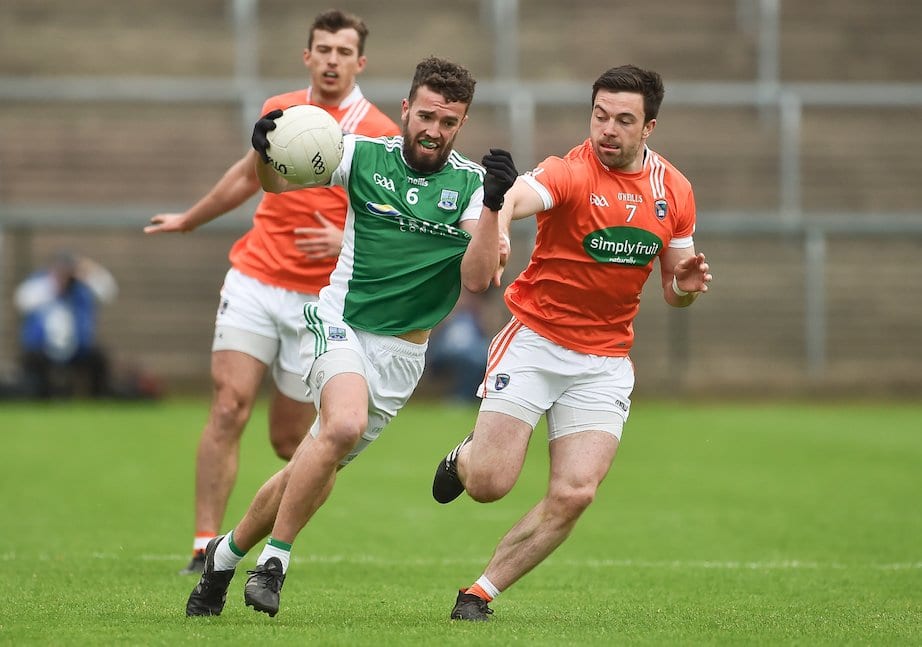 Fermanagh have progressed to the Ulster Championship semi-final after a lack-lustre Armagh performance at Brewster Park on Saturday night.

The Orchard County side were reduced to 14 men early in the second half after losing Niall Grimley.

But the introduction of Rory Grugan – who did not start the match due to fitness – did give some cause for optimism and he proved Armagh’s leading scorer, taking three of the side’s seven points in just 20 minutes play.

Armagh keeper Blaine Hughes did well to deny Seamus Quigley a goal in the opening minutes of the game but the same man forged an early lead for the Ernemen from a free just three minutes in after his brother Sean was upended.

Decy McCusker added another before Mark Shields, after a good solo run, opened Armagh’s account, firing over from close range.

But the end-to-end early exchanges saw a peach of a point from Barry Mulrone and then Ryan Jones made if four while Gavin McParland went wide of the mark before Ethan Rafferty pulled one back from a free.

The same player – one of two late changes to Kieran McGeeney’s panel – added another to reduce the deficit to one as Armagh picked up pace. He did so after solid work by Ryan McShane, the other late addition to the Orchard side.

Championship debutant Connaire Mackin looked like he had added a point for Armagh but the referee disagreed with the umpire and it was ruled wide.

After both sides notched up a number of wides, Ryan Jones took a cracking second point for Rory Gallagher’s men 26 minutes in.

Armagh’s final score of the half came from Gavin McParland with a free in the last minute of normal time. Aidan Forker was wide shortly afterwards. A harsh tackle on Seamus Quigley saw another free which he popped over the bar to add his second and leave Armagh trailing by two points going in at half-time.

Armagh got off to the worst possible start in the second half when Niall Grimley was given a straight red card after hitting Sean Quigley in the face with his elbow. Brother Seamus stepped up for the free and Fermanagh were three ahead.

Sean then added a point of his own 10 minutes into the half with a well-taken point from out on the right after Barry Mulrone provided the opportunity.

Two more for Fermanagh followed in quick succession; Lee Cullen pointed and then Seamus Quigley brought his personal tally to four when he pointed a free after Eoin Donnelly was fouled.

Rory Grugan, not considered fit to start for Armagh, came on with 20 minutes remaining to replace his Ballymacnab team-mate Gavin McParland and made his presence felt from the outset, after two quick back-to-back frees to give some hope back to the travelling support.

But Seamus Quigley wasn’t finished and he gave Fermanagh an unassailable lead when he fisted over the bar to put them five clear.

Armagh needed to pull something out of the bag.

Another Quigley free compounded their misery, although Rory Grugan pulled one back just before the end of normal time, to leave it Fermanagh 0-12 to Armagh 0-7.

Five minutes additional time but there was nothing more to give and Fermanagh will now face Tyrone or Monaghan in the semi-final on Sunday, June 3.