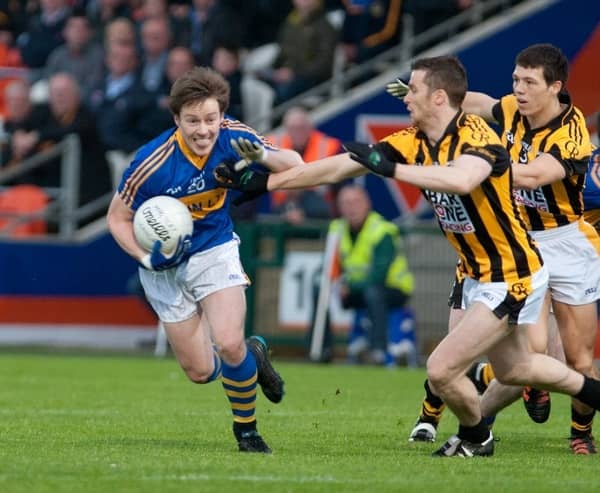 The notion that Crossmaglen Rangers might just be a tad vulnerable at this stage of the season because of the unavailability of some key players was blown out of the water in the Armagh Championship quarter-finals.

On that occasion early last month, the Rangers simply ghosted past Pearse Og, a team thought capable of arresting their journey to what would be their 17th title in 18 years.

And it was not so much the fact that Rangers won the game that cemented their credibility but the convincing manner in which victorywas achieved.

In triumphing by 2-11 to 0-7, Joe Kernan’s side flashed out an unequivocal message that they have no intention of surrendering their crown.

That’s why Maghery have occasion for apprehension, fear even, as they enter tonight’s semi-final against the perennial Orchard County kingpins at the Athletic Grounds, Armagh (8.00pm).

They may have looked sharp and incisive of late with the Forkers, Aidan and Stefan, along with midfield powerhouse James Lavery prominent but Maghery will encounter an entirely different proposition tonight.

Rangers may be missing Jamie Clarke, James Morgan, Paul Kernan and Michael McNamee but players such as Kyle Brennan, Kyle Carragher, Johnny Hanratty, Franny Hanratty and Paul McKeown, along with the Kernan brothers Tony, Stephen and Aaron, are underlining their value to the side.

David McKenna, recently returned from global travels, is expected to figure at midfield tonight alongside Johnny Hanratty which should boost the team’s ball-winning capacity.

St Patrick’s will need to be on song when they oppose Ballymacnab in the other semi-final tomorrow night, also at the Athletic Grounds.