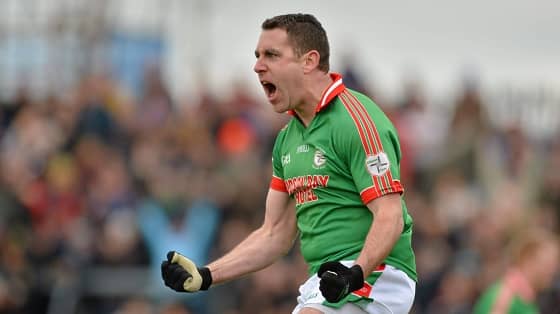 CROSSMAGLEN’S bid for a historic All-Ireland hat-trick ended with a disappointing defeat to St. Brigid’s in Mullingar today.

The reigning kingpins fell to a narrow 2-07 to 1-09 loss after a tense climax as the Roscommon side exacted revenge for their 2011 final defeat at the hands of Cross’ .

St. Brigid’s took a fortunate early as a Frankie Dolan shot beat Paul Hearty with the aid of a deflection before Paul Hughes ended a storming run with a composed finish to hit his side’s only goal.

Despite holding a two-point half-time lead, a poor second-half showing from the Armagh side allowed the Connacht champions to turn the game on its head and a late red card for Kyle Carragher compounded Rangers’ misery.

A goal from sub Conor McHugh with fifteen minutes left gave St. Brigid’s a lead they refused to relinquish as they held on despite heavy pressure from the Ulster champions.

Both sides were guilty of wastefulness in front of goal and Crossmaglen will rue the fact it took them 22 minutes to register their first score of the second half as a late surge proved insufficient.

The Connacht champions will now face either Ballymun or seven-time All-Ireland champions Dr. Crokes in the St. Patrick’s Day showpiece as they chase their first ever SFCl title.

Picture courtesy of GAA.ie, with thanks.