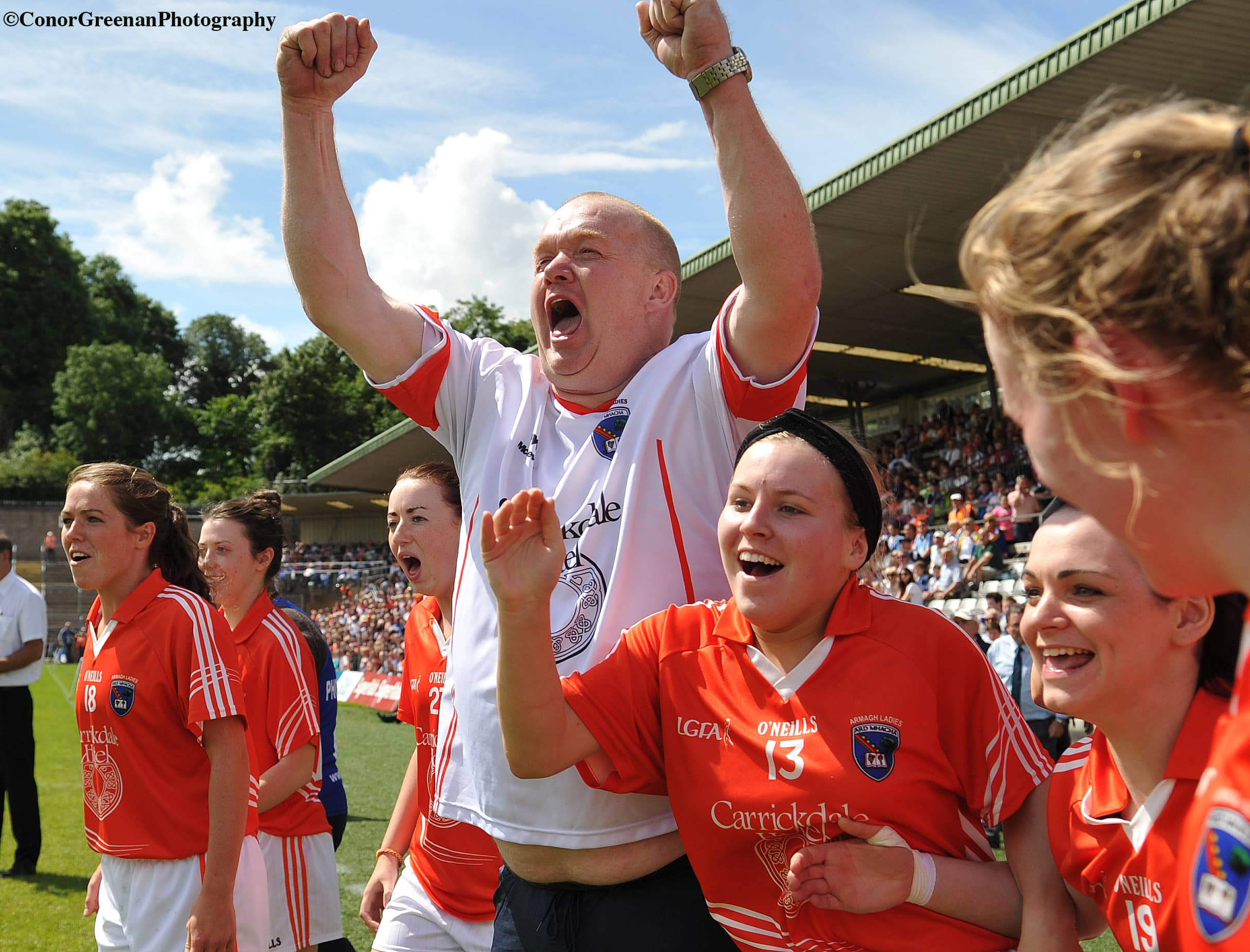 Armagh ladies football manager James Daly has hit out at the GAA claiming “sexism is alive and well in the GAA today”.

Armagh were due to play Dublin in their All-Ireland semi-final on Saturday at 5pm in Parnell Park but a clash of television scheduling with TG4 has caused their game to be moved to a 2pm throw-in.

Daly is also angry that the GAA has not allowed the game to be played before the men’s All-Ireland semi-final replay between Dublin and Mayo – with no minor game scheduled. The reason the GAA gave was the potential damage to the Croke Park pitch that hosts the All-Ireland final 24 hours later.

A tweet from the official Ladies’ Gaelic Football Association read: “Just to confirm. We have explored hosting a double header in Croke Park next Saturday. This won’t happen because of the All-Ireland Hurling final.”

Just to confirm. We have explored hosting a double header in Croke Park next Sat. This won’t happen because of All Ireland Hurling Final.

“We have had our game in place for months and the men (Mayo and Dublin) had a drawn game in Croke Park. Within an hour, everybody is moving our game to make way for them,” Daly told the Belfast Telegraph.

“Why could they not have played their game at 2pm, and let our game stand the way it was?”

“They could have, without any doubt, have let us play in Croke Park and give all the girls a big day out. But the men’s GAA don’t like to do those things. They like to let on that they are integrating, but it is all for show.

“I am not happy about it at all. It’s the same old story. There’s nothing we can do about it.”