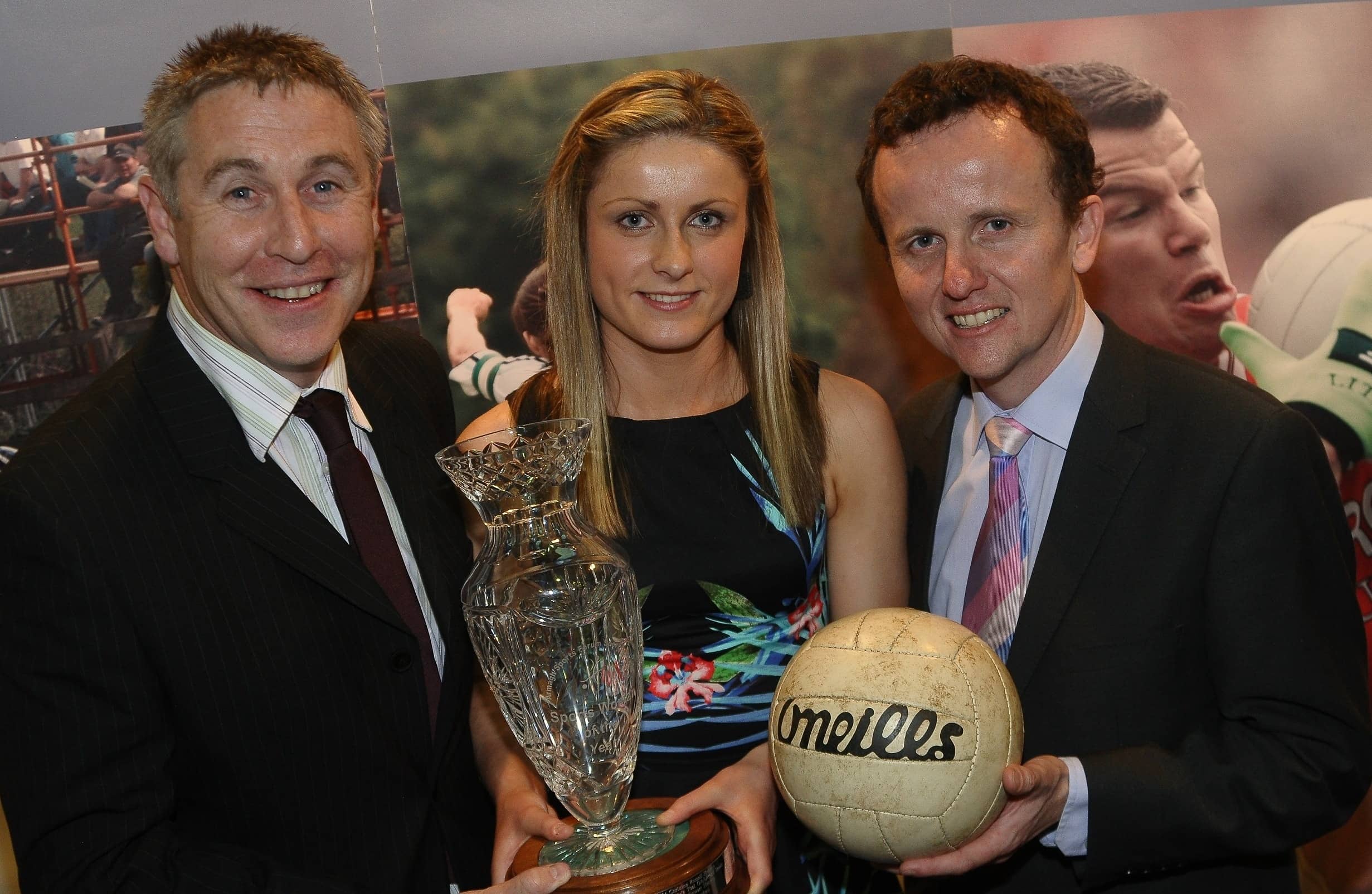 Although her highly promising international handball career is currently on hold, the multi-talented teenager has enjoyed great success in ladies gaelic with Armagh and Queen’s University since finishing at St Catherine’s College.

Among the many prizes received by outgoing Head Girl McKenna at her last school Speech Day was the St Catherine’s Sportsperson of the Year award.  In her final year, she captained Ulster Schools to the schools interprovincial shield and received her third Colleges All Star.

Since starting her Mathematics degree in Belfast last autumn, Fionnuala has obtained a place in the Queen’s GAA Academy, one of only five female first year students from across all codes, and captained the Queen’s Freshers team that won the All Ireland Sevens title.

She was an influential figure in the Queen’s side which made history in March by winning the prestigious O’Connor Cup – the equivalent of the Sigerson Cup as the All Ireland for student lady footballers – for the first time ever.

McKenna was described by the QUB manager as the best player on the field during the decisive second half of the final, which was televised live for the first time. She scored three points from play in that second half as her team pressed on to victory.  Unsurprisingly, the Armagh girl received the Queen’s Fresher of the Year award recently.

Already regarded as potentially the best ladies gaelic footballer to have emerged from an Armagh city club, McKenna inspired Armagh Harps to the semi-finals of the senior County Championship in 2012 and they’ll hope she can lead a serious challenge to the established top teams, Clann Eireann and Carrickcruppen, in the coming seasons.

Last summer, young McKenna made a crucial contribution to Armagh’s Ulster and All Ireland Intermediate Championship double as the team in orange went through both campaigns unbeaten.

Indeed she has only tasted defeat three times in 25 matches since breaking into the side having previously won a Minor B All Ireland in the orange jersey.

Her impact was particularly evident in the televised semi-final and final where her surging runs from wing forward were rewarded with several important points, confidently taken.  She epitomised the youthful positivity and determination of the Armagh team.

A wing back earlier in the campaign before being pushed further forward, she worked hard on and off the ball in attack and defence.  Among her highlights were scoring two points from play in the Croke Park final.

On the back of Armagh’s victory at headquarters, the ever-accommodating Fionnuala willingly visited many schools to share the joy of the All Ireland Intermediate triumph with pupils, some of whom will hopefully be inspired to follow in her footsteps.

A great role model for young girls growing up, who has combined academic excellence with sporting success, Fionnuala is an ideal ambassador for Armagh ladies gaelic and female sport in our City and District.

This season, McKenna has happily shouldered further responsibility and demonstrated her versatility in lining out at midfield and centre half forward in the Armagh team which topped Division Three of the ladies National League.

Although only in her first year out of school, McKenna, who turned 19 last November, is fast becoming one of the most influential figures in the Armagh side and looks likely to be named in the Team of the National League next week.

Having chipped in regularly with valuable points from play, she was entrusted with the right-footed frees in the absence of both injured skipper Mags McAlinden and another vastly experienced campaigner Sinead McCleary, who was abroad with work.

McKenna’s first Armagh match as a free-taker was away to a Leitrim team that had won four from four up to that point and she kicked five frees in scoring all but two points of the Orchard outfit’s 1-9 in a narrow win.

Seven days later, she top-scored again including a great goal for the second week running, as Armagh squeezed home by a point against a Tipperary team that had thrashed Down by a 19-point margin the previous Sunday.

In spite of McKenna’s couple of scores from play, James Daly’s side were surprisingly beaten by near neighbours Down in the final, but the blow was softened somewhat by a call-up to the Ulster squad for this weekend’s interprovincial tournament – and being named Armagh Sportswoman of the Year.

Industrious and dedicated, McKenna has the temperament and commitment to make the most of her rich natural talent and physical attributes by going on to have a long and successful career at the highest level.

Described by Armagh manager Daly as having the best attitude of any young girl he has worked with, “always wanting to learn and improve”, McKenna was also identified a couple of years ago by Orchard ladies legend Caroline O’Hanlon as someone she looked forward to playing with in the county team.

Exceptionally calm, composed, smart, mature and imposingly physical for her age, the strikingly confident though modest McKenna is rapidly emerging as a real go-to player for Armagh alongside double All Star O’Hanlon.

Versatile and a natural leader who would appear destined to captain Armagh in the future, she is already a real asset to the county team and central to the hopes of a serious Orchard challenge in the Senior Championship over the next few seasons.

An unassumingly impressive person of obvious substance, Fionnuala is also a credit to herself, family, club and Armagh ladies gaelic generally with how she conducts herself off the field.

Her soundness shines through in media interviews and it is notable how she has said that winning Armagh Sportswoman of the Year will simply encourage her to strive harder rather than resting on her laurels.

Profile and personal recognition can sometimes turn a young player’s head but those who know McKenna well will have few worries about the 2011 Armagh Junior Sportswoman of the Year not keeping her feet firmly on the ground.