Half-time substitute made all the difference in this tie 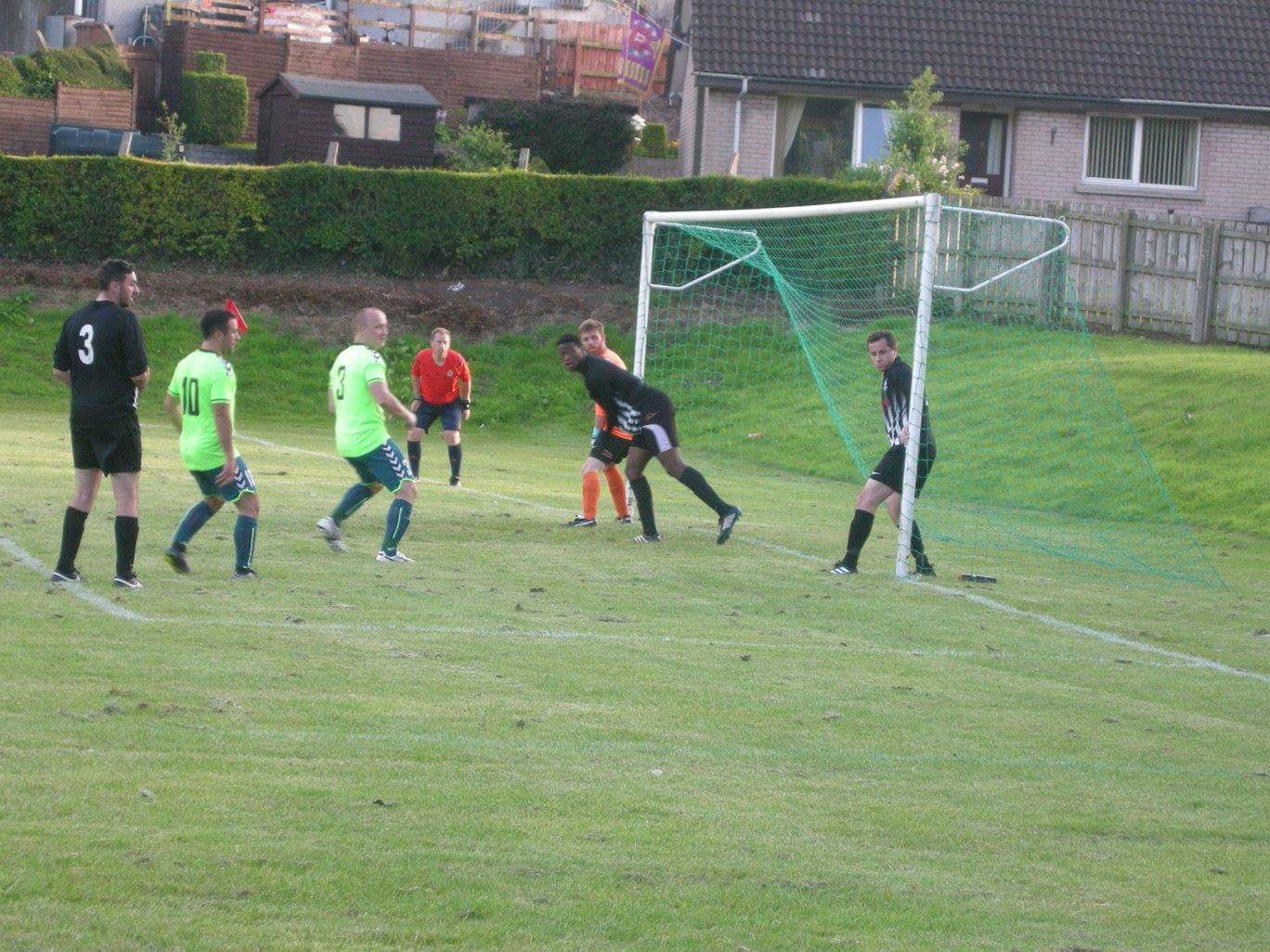 A second-half Marcio Soares hat-trick proved the difference as Laurelvale FC dumped previous Armstrong Cup winners, United LT out of the competition at Mill Field in Armagh on Tuesday night.

Both teams set off at a quick pace with much of the first half battle taking place in midfield, each team cancelling each other out.

It wasn’t until almost 15 minutes had elapsed that each keeper had to make any type of save, then ‘Vale’s Simon Foster forced a good save after a shot from distance.

Foster could have opened the scoring 15 minutess later when a great through ball from Montero saw his close range shot saved easily by the keeper.

‘Vale’s midfielder Dane and United duo Wanauskos and Baluanosis were all working hard to create opportunities with Nathan Stewart coming close to scoring just before half time after a jinking run and shot from distance narrowly missed the upright.

United LT should have taken the lead shortly after the interval when a Laurelvale defender was caught in possession, but Funikovas failed to capitalise on the opportunity.

The game continued in a similar veinto the first half with ‘Vale coming closest with a long range effort from Montero.

Eventually substitute Marcio Soares opened the scoring in the 63rd minute, having linked up well in front of goal he toe poked the ball into the corner of the net with an outstretched foot.

The same player added a second from the penalty spot shortly afterwards when he was pulled down by the ‘keeper following a rebound from a great effort by Stewart.

The match was put beyond United’s reach when Soares scored his hat-trick on 80 minutes, having held off three players in front of goal he tucked the ball into the ‘keeper’s left-hand corner, leaving him no chance.

This was a strong performance by Laurelvale in every department with the midfield, led by their impressive captain Mark Dane working hard, supported by a strong back four and with the introduction of Soares at half time providing them with a potent attack, who was well supplied by the two wide attackers.