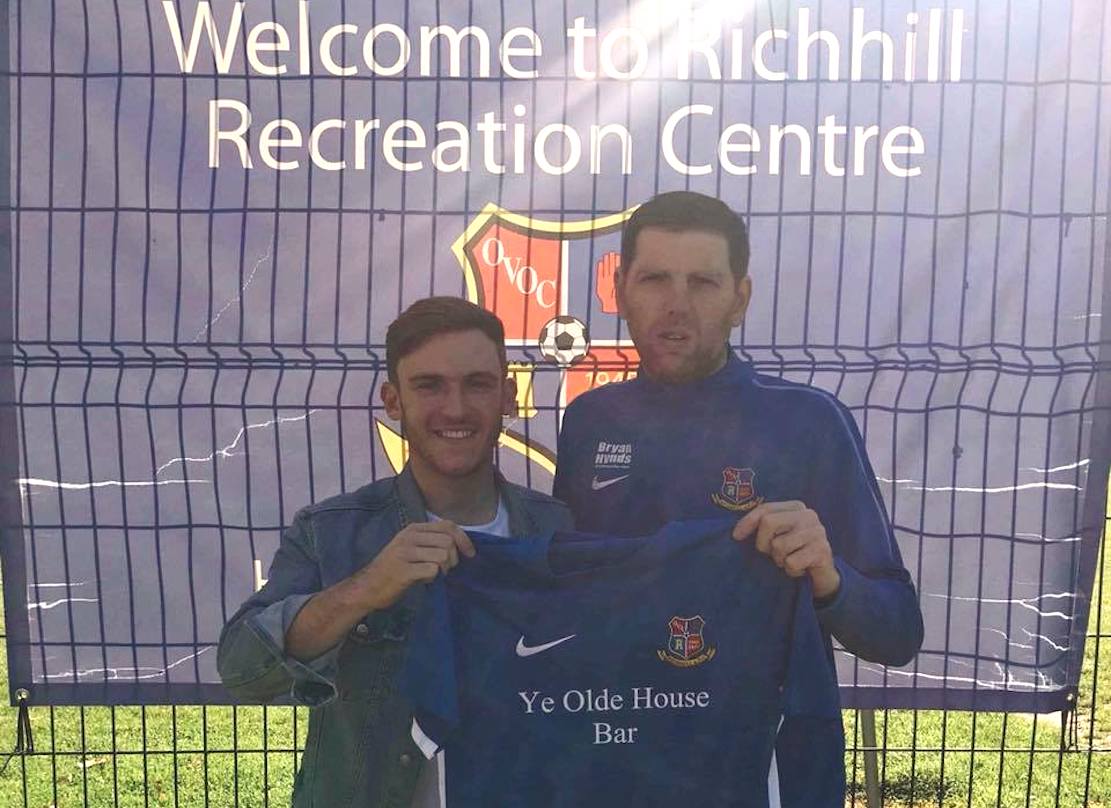 Richhill AFC have their eyes firmly set on top spot as they face struggling Lurgan side AFC Silverwood in the Mid Ulster league this Saturday.

Marty Rice’s side sit five points off top spot – currently occupied by Hanover – with two games in hand over the Intermediate A leaders.

And what a difference 12 months make. The club had struggled for form, without gaining a single point until post-Christmas.

They currently sit third in the division and are into the semi-final of the cup.

However, it’s widely regarded that Richhill’s success has been down to a solid defence rather than any prolific attacking threat.

But that could all be about to change as the side announced the signing of Gareth Rees.

Rees was the top goal scorer for Annagh United last season in the Bluefin Sport Premier and is seen as a real coup for Richhill.

Rees found it hard to break into the Annagh team following an injury in pre-season and has dropped down a division for some much-needed game time.

Gary McCoo told Armagh I: “Marty Rice has gone out and got himself a goal scorer.”

Speaking ahead of the game on Saturday he stated: “At the end of the day Silverwood are bottom of the league but you can’t take that for granted.

“Last year Richill and Silverwood were fighting for who was going to stay up; we won the battle but due to a change in the league they also remained in the Intermediate division.”

McCoo put the club’s success so far down the hard work of all the players and added “playing teams that are getting paid gives you that bit more fight to get at them”.

He also highlighted the influence of former Armagh City boss Rice, who controlling from the sideline, has introduced “military-like professionalism”.

And McCoo says this atmosphere around the club has contributed to a positive buzz both on and off the field.

AFC Silverwood host Richhill this Saturday for a 2.15pm kick off.