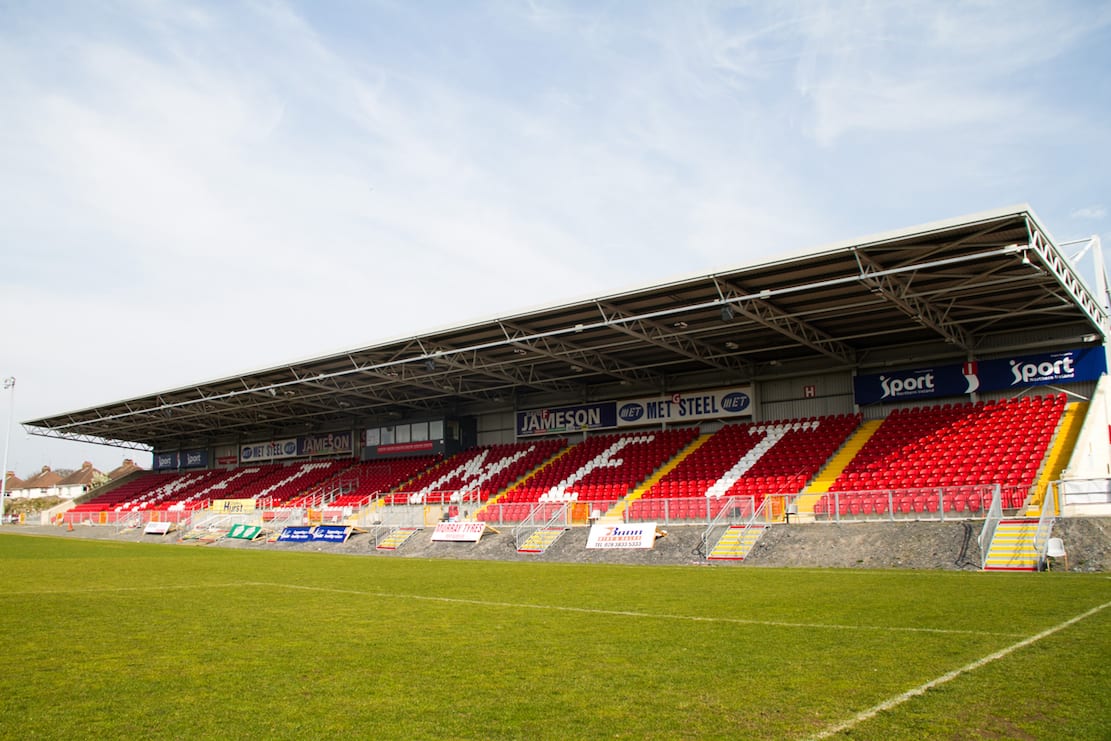 Portadown FC are facing an uncertain future after the club admitted they are struggling financially.

The Shamrock Park outfit are fighting to bring in revenue following their relegation to the Championship last season.

However, the four-times Irish League champions have a number of “historical debts” to look after in the immediate future.

In a statement issued on Monday night the club said: “Our weekly wage costs have been reduced by two-thirds compared to last season and a number of the historical debts have been addressed.

“However, when you realise the weekly costs mount to around £6,000 and an average home gate may only leave you with over £350 profit, it is clear we need additional income streams.

“As a club in the Championship but with Premiership-level costs we are facing annual bills such as £22,000 rates and £12,000 apiece for insurance then electric and heating.

“We have plans in place and it was extremely encouraging to hear fans present at the meeting put forward suggestions to help.

“It is an ongoing process and we are in negotiations at present to find a resolution to the issue of the historical debts.

“If certain key problems can be solved over the next few weeks then we can move forward.

“This is a community club and one which has benefited in the past and continues to benefit from individuals from a wide range of areas willing to put in personal money to help Portadown.

“A legacy of that is historical debt which restricts our current options but everyone involved has the best interests of Portadown at heart and talks continue.

“The feedback from the meeting was a great step forward in that direction and we will explore all avenues towards protecting the future of the club.”