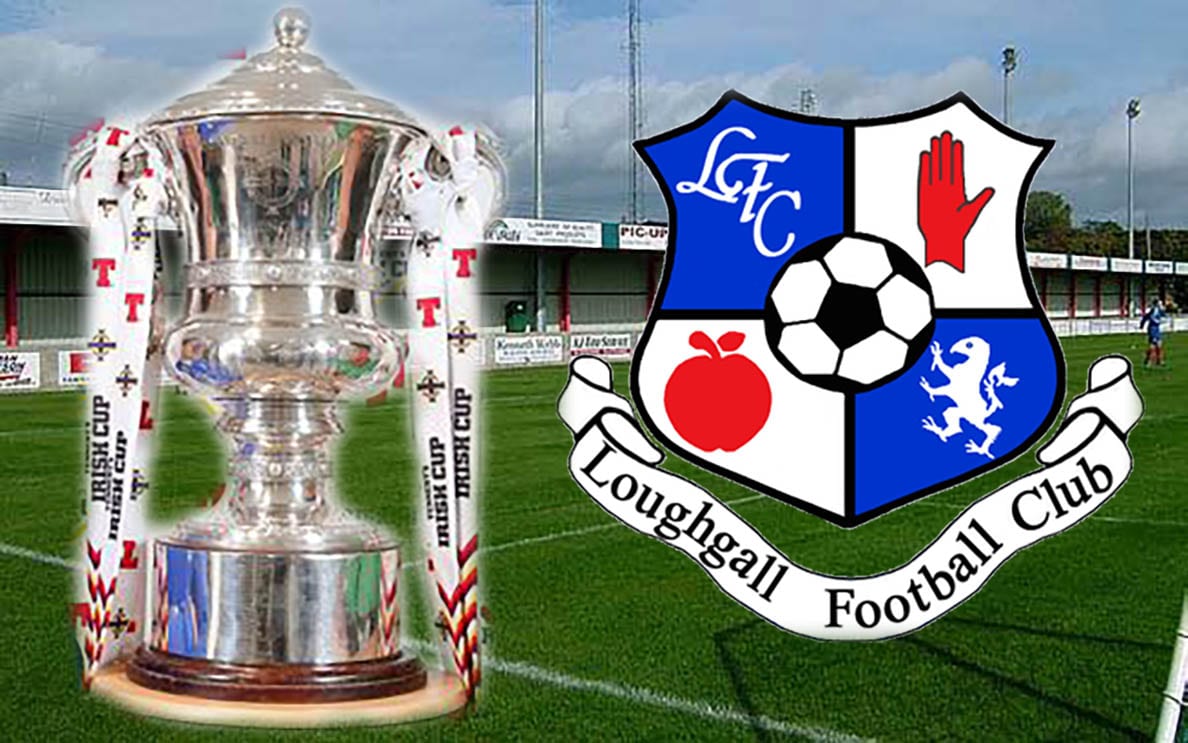 Cliftonville have ended Loughgall FC’s Irish Cup dream at the Oval this afternoon after beating the Co Armagh men 4-1 in the semi-final.

A large travelling support cheered Dean Smith’s boys on but it just was not to be.

It is 21 years since Loughgall reached this stage of the competition only to have their hopes dashed by Cliftonville.

They say that lightning doesn’t strike twice but it does and it did to end the Lakeview Park outfit’s historic run.

The Armagh outfit had already seen off Glenavon in the quarter-final to reach this stage.

But six minutes in and they were 2-0 down, the first from Joe Gormley, a low shot to the bottom corner, after Chris Curran’s cross just a minute in.

Rory Donnelly scored the first of his brace, first forcing a fine save from Loughgall ‘keeper Gareth Buchanan before finding the back of the net after an excellent work by Jay Donnelly.

Joe Gormley made it 3-0 with an absolute screamer from 25 yards out which tucked just under the crossbar after 24 minutes.

Andrew Hoey raised the villagers’ hopes of a revival after he pulled one back on the half hour, sneaking in to tuck home the rebound after Conor Mullen’s shot hit the crossbar.

But 10 minutes later and it was 4-1 to Cliftonville when Rory Donnelly was on target again; Buchanan came out to clear the ball, but it fell to Jay Donnelly who crossed into the box for Rory Donnelly, who made no mistake from close range.

While Loughgall continued to battle they rarely tested the Cliftonville keeper in the second half.

On the one occasion they found the net through Andrew Hoey, the referee ruled offside against Conor Mullen.

It could have been more for Cliftonville but Buchanan did well between the posts to pull off a fine save to deny Gormley his hat-trick.

It went from bad to worse for Loughgall, however, when they were reduced to 10 men with 10 minutes remaining, losing the services of Peter Campbell after verbal exchanges with the referee brought a second yellow within minutes.

Loughgall battled to the end and deserve great credit for an historic run in this competition. The fans were incredible – the proverbial 12th man – who cheered them as they left the field, heads held high.

They gave it their all but it just wasn’t to be in the end.

Cliftonville will now meet Coleraine in the Irish Cup final after the Bannsiders beat Larne 3-1 this afternoon.