Fivemiletown stroll into Armstrong Cup final with win over Annagh 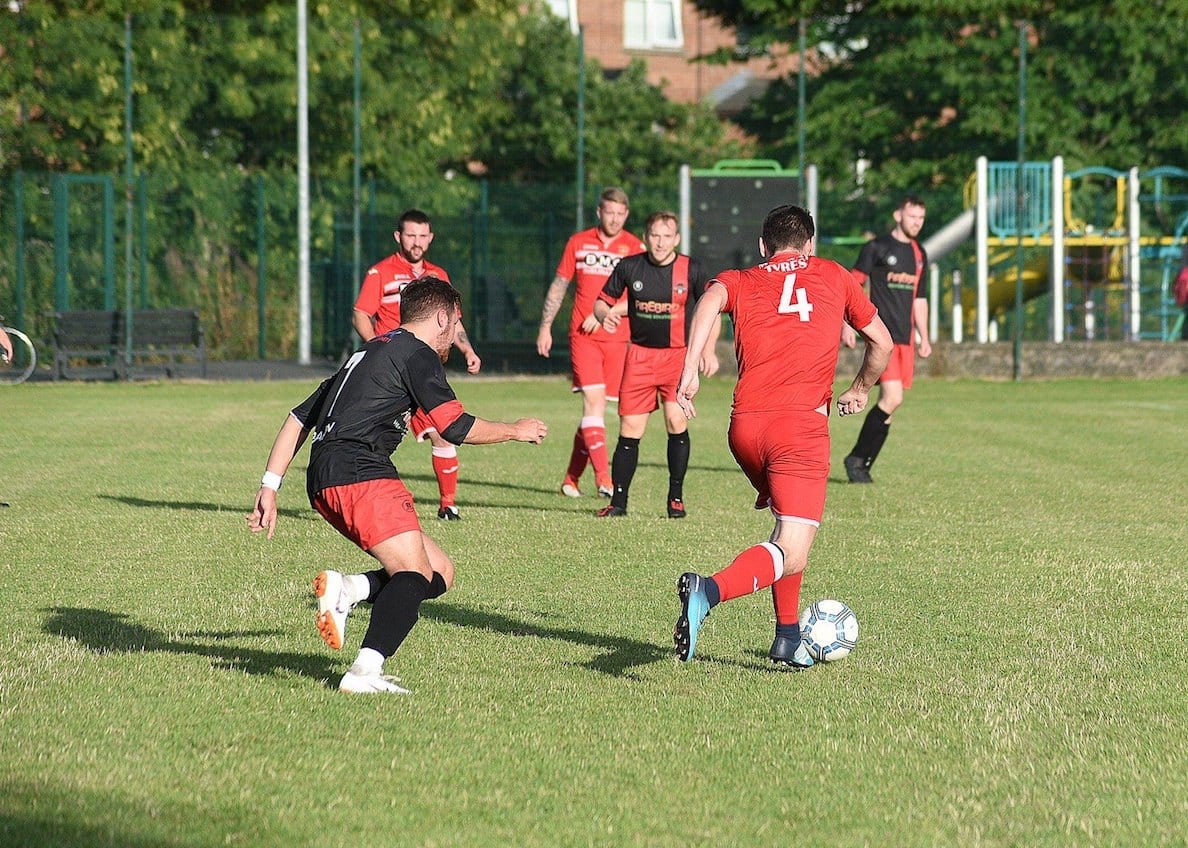 Fivemiletown had all the early pressure and it was no surprise when they went 1-0 up after five minutes.

A good move up the right hand side involving several players saw the ball arrive to Glen Clarke who hit a shot from 18 yards which Rivaldo fumbled over the line.

It took Fivemiletown to the 27th minute to go two up. Ricky Carroll volleyed the ball home from six yards following a good cross from the left by Glen Clarke.

Right on the stroke of half-time Fivemiletown made it three with the goal of the game from David Little.

Ivan Carson flicked a little pass into his path and he hit a left foot rocket into the roof of the net from eighteen yards. Half time 3-0.

It only took six minutes into the second half for Fivemiletown to extend their lead. Ricky Carroll grabbed his second of the match after beating a couple of defenders down the left hand side and rounding Rivaldo to side foot home (4-0).

Annagh Strollers took off Alan Murphy and brought on Alan Shelsner in the 55th minute and five minutes later they had pulled a goal back. A free kick on the right hand side by Jordan Gilmore was met by John Wilson on the back post and his header was too good for Joel Little (4-1).

Both sides had further chances to increase the scoreline but the game had already been decided and Fivemiletown will now meet Armagh Blues in the final on Thursday (August 2) evening at 7.15pm.