The 18-year-old pens one year deal 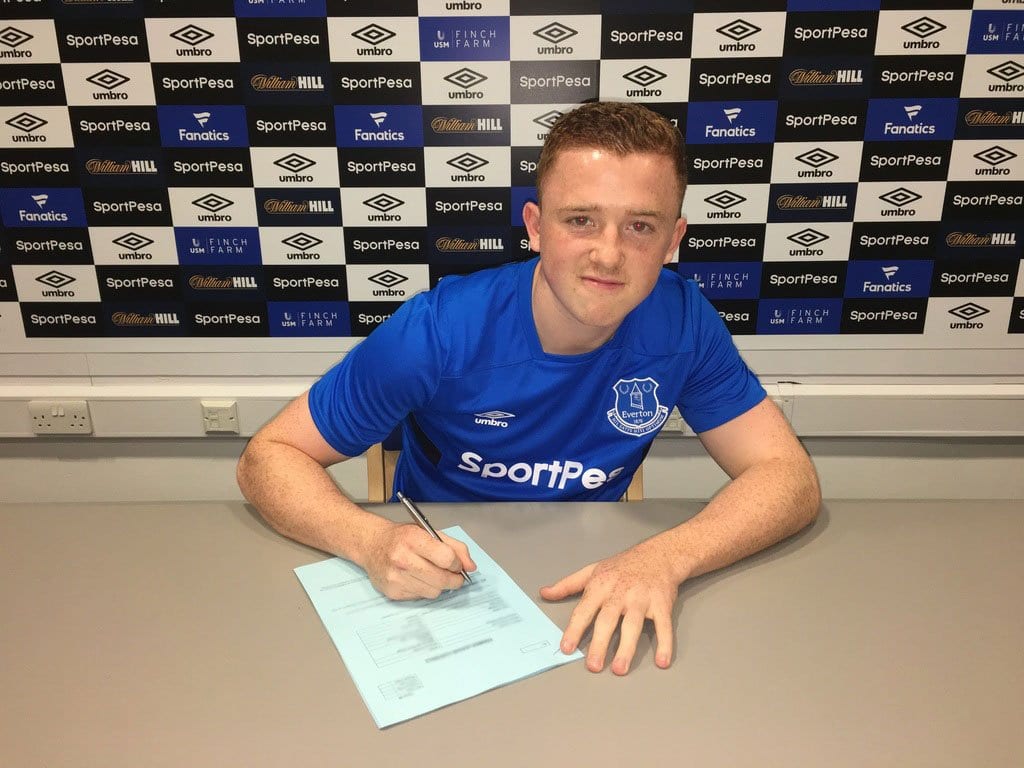 A county Armagh teenager has signed a professional contract with Premier League side Everton FC.

Shayne Lavery put pen-to-paper on a one-year professional contract with the Merseyside club.

The 18-year-old striker, from Lurgan, has made an impression with the club since moving over the water in 2015.

The former St. Michael’s Grammar School pupil has just completed a two-year scholarship with the club.

Lavery has been a regular fixture with the Club’s Under-18s side over the past two years and is now targeting progression by establishing a place in David Unsworth’s Under-23s squad.

“The pro contract is something I’ve always wanted, so it’s a dream come true,” Lavery told the Club’s official website. “As soon as I came here, it’s all I’ve been working towards.

“From when I came over here for a trial at 16, Everton has turned out to be all that I hoped it would. It’s a family club and a great place to be, especially with the pedigree of bringing through youth players.

“I’m going into my third year with the Club and I can’t imagine being anywhere else.

“I had a hamstring injury at the end of last season so I will be in over the summer to work on my fitness. Now the aim is to stay fit, have a good pre-season and hopefully try to get a starting place in the Under-23s squad.”