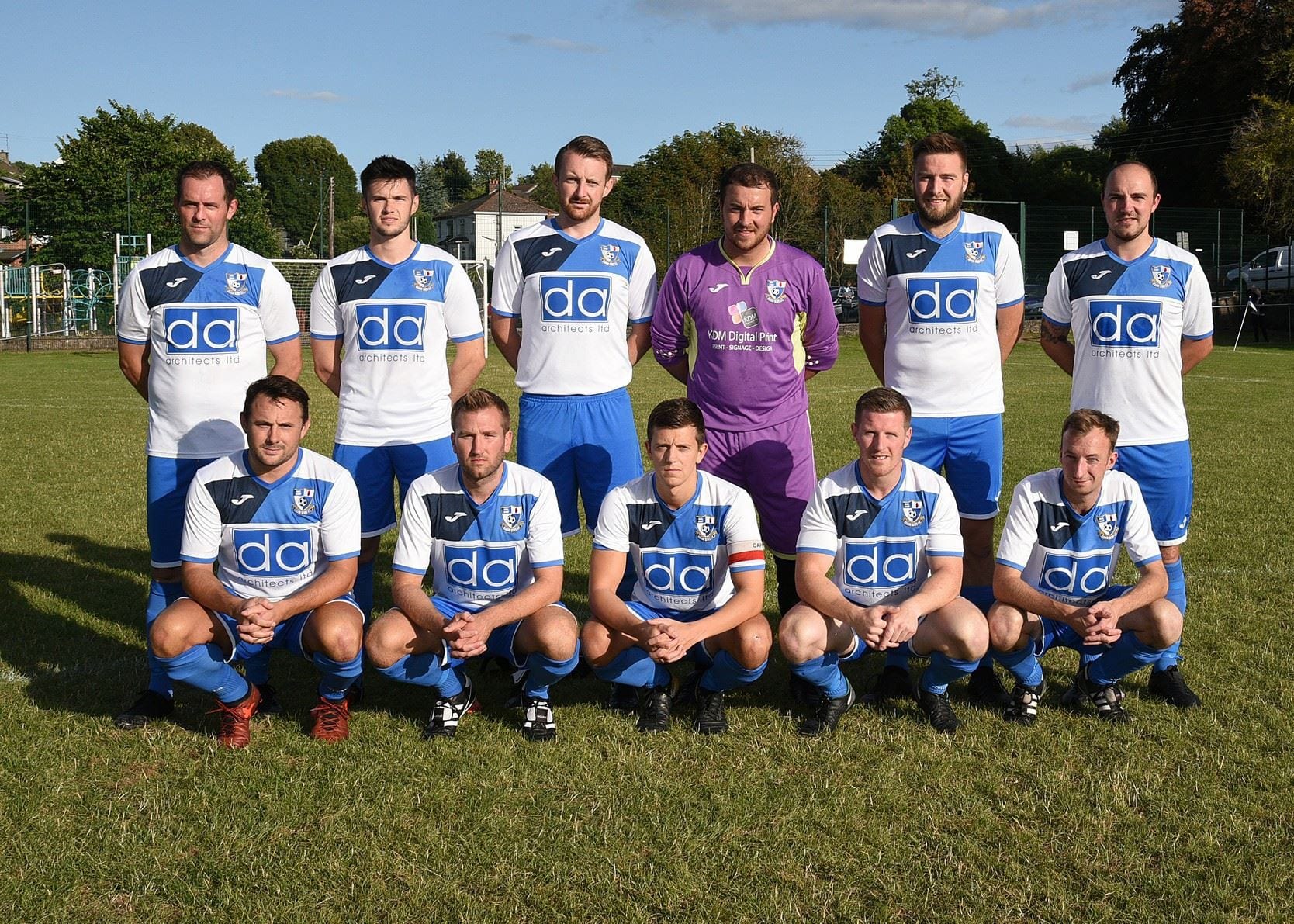 Armagh Blues sit top of Division Three in the Mid-Ulster League and joint-manager Iain Latimer has put this down to the “camaraderie within the dressing room”.

The Blues have had an amazing start to this season having won six of their first seven fixtures.

Latimer, speaking to Armagh I, explained he had not planned on being involved with any team this year but for a chance contact from an old friend.

“Myself and Nigel only started this year I was on board with Tandragee last year as joint-manager and I stepped down,” explained Latimer.

Adding that he received surgery four months ago on a knee injury, which he saw him retire from football two years previous.

On taking the Armagh Blues job he stated: “I knew Nigel Cooke (the club’s manager) from my Armagh City days and he managed me for a few years.

“He approached me having taken on the job last year with the view of me helping him out; only for it being Nigel I wouldn’t have taken the job on but I have a lot of time for him and he is a good friend.”

Latimer believes the team’s success this year has been down to cohesion and togetherness.

“A lot of guys here who are friendly on and off the pitch it has created a camaraderie within the changing room,” he said.

“The hope is if you have a bit of joy off the field it will breed success on it.”

Armagh Blues narrowly missed out on promotion last year despite competing near the top for most of the season.

Latimer said: “They were there or thereabouts most of the season but then had a few bad results at the end of the year which really cost them.

“We could see from the squad last year they needed to bring in a few bodies but not ruffle the feathers too much.”

The city side had an incredible start to the season, winning five on the bounce, before defeat to Glenavy Youth.

“It was a tough trip to Glenavy, a very very difficult place to go and we were probably at sixes and sevens if I am being honest,” admitted Latimer.

“We could have easily come away with something, but it was just one of those days.”

However, the blip was short-lived as the Blues re-grouped in some style, putting 10 past bottom of the table Tollymore United.

“Our message to the boys was quite simple afterward the Glenavy game don’t let this ruin your season,” said the co-manager.

“On Saturday we got the response which we thought we needed to go out and thump another team ten, no matter who they are, is an achievement in itself.”

It is tight at the top of the table with plenty of teams with games in hand but Latimer claims it will be three or four teams who will be fighting for the title this year.

The league will take a back seat this week for the Armagh Blues as they take on Richhill AFC reserves in the Mid-Ulster shield.

Latimer says this is a proper local derby with many of the players on both sides knowing each other, meaning “bragging rights” will make this a strongly contested fixture.

Richhill reserves host the Armagh Blues this Saturday for a 1.30pm kick-off.