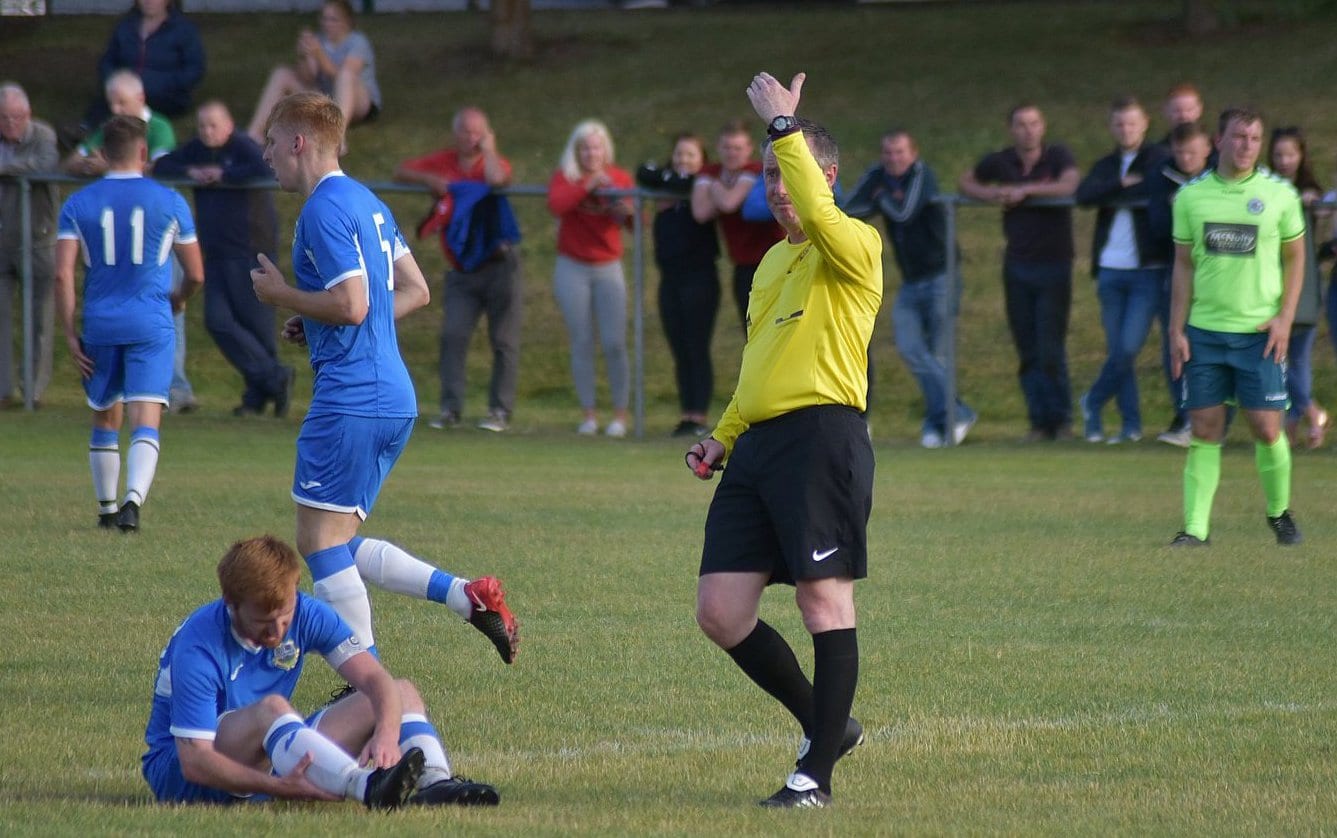 The match got off to a blistering start when, with just three minutes on the clock, Evaldas Funikovas ran on to a great through ball by Tomas Kizevicius to slot the ball past the on-rushing Markethill ‘keeper.

Then after 10 minutes it was 2-0 to United LT with Funikovas involved again. This time he put in a cross from the left wing for Nerijus Nemanis to score.

Within four minutes Markethill Swifts had pulled a goal back. David Henry hit a great cross from the left and Kyle Irwin finished it off with a left foot drive to the net. United LT finished the half stronger and created a couple of good chances but Steven Wilson pulled off a few fine saves to deny them. Half time 2-1

The second half started with some early pressure from Markethill Swifts who were pushing for an equaliser.

This led to some bad tempered exchanges and the referee booked David McKinney and Tomas Kizevicius in the 71st minute.

Markethill were still pushing for an equaliser and in the 77th minute they were level.

Jordon Boyd got his head onto a long throw in from the left and the two defenders on the line couldn’t keep it out.

However, Markethill’s joy was short-lived because in the 82nd minute United LT were awarded a penalty.

Tomas Kizevicius stepped up and sent Steven Wilson the wrong way to put United LT back into the lead.

Markethill continued to push hard for another equaliser but United LT held on for the win.