Rovers were 3-0 up at half-time 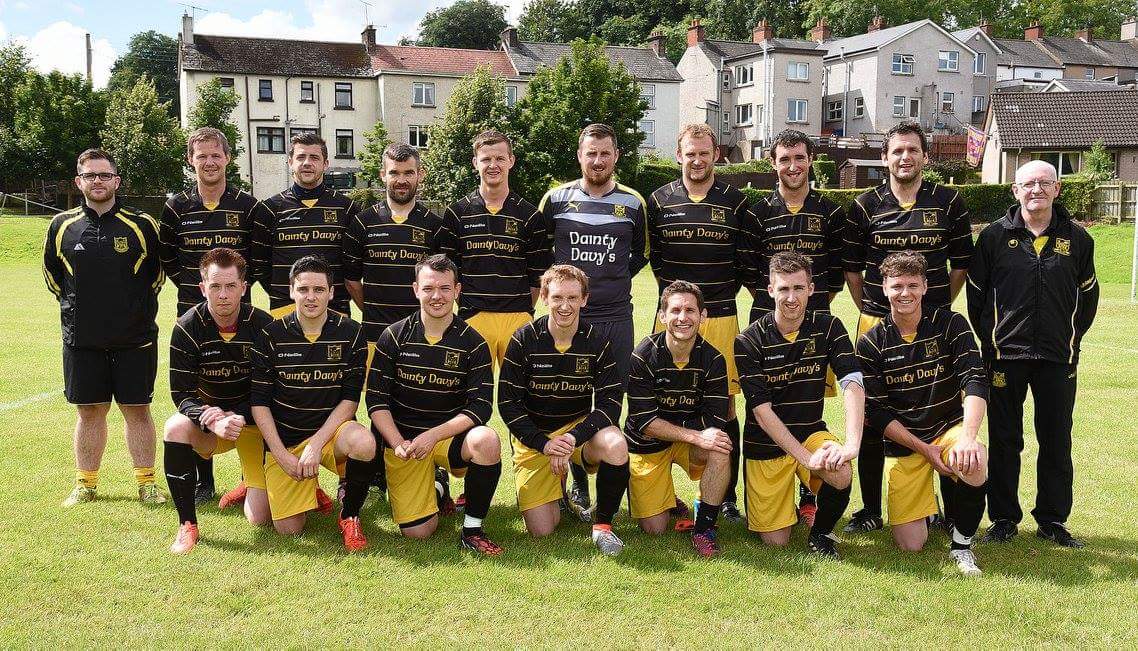 A Markethill second string were no match for Caledon who were ruthless throughout.

As early as the third minute, Rovers showed their intent when Philip Caddoo hit the Swifts bar.

Only two minutes later Caledon struck when Ashley Elliott played a precise pass for Wayne McNally to flick the ball past the advancing keeper and into the net.

On 18 minutes Brian Gordon hit a half volley which appeared destined for the goal but was well headed out for a corner by Swifts Jordan Boyd, from the subsequent corner the ball was laid off by McNally for Marty Daly who struck his volley from 20 yards into the roof of Swifts net.

Caldeon struck their third goal on the half hour mark when a deep cross from Caddoo was tapped in on the goal line by Simon Robb.

They nearly increased their goal tally two minutes later when McNally hit a fierce drive from outside the penalty area but was well saved on the line by Swifts keeper Steven Wilson. Half-time score remained 3-0.

The second period sprung into life four minutes after the restart when Swifts were awarded a penalty, referee Shanks deemed Dynes in the Rovers goals to have pushed his opponent whilst facing a corner kick, up stepped Chris Hartley to score and make it 3-1.

On 64 minutes a simple back pass to the Swifts keeper was closed down and parried by Robb who despite the tight angle, converted his chance to make it 4-1.

Markethill never give up and minutes later Steven Kennedy hit a low drive past Rovers keeper but his shot was blocked on the line by Dave Brady.

Swifts thought they had pulled another goal back on 87 minutes when Kennedy had the ball in the net but the referee disallowed it for offside, this was the final action in the game and the match ended 4-1.