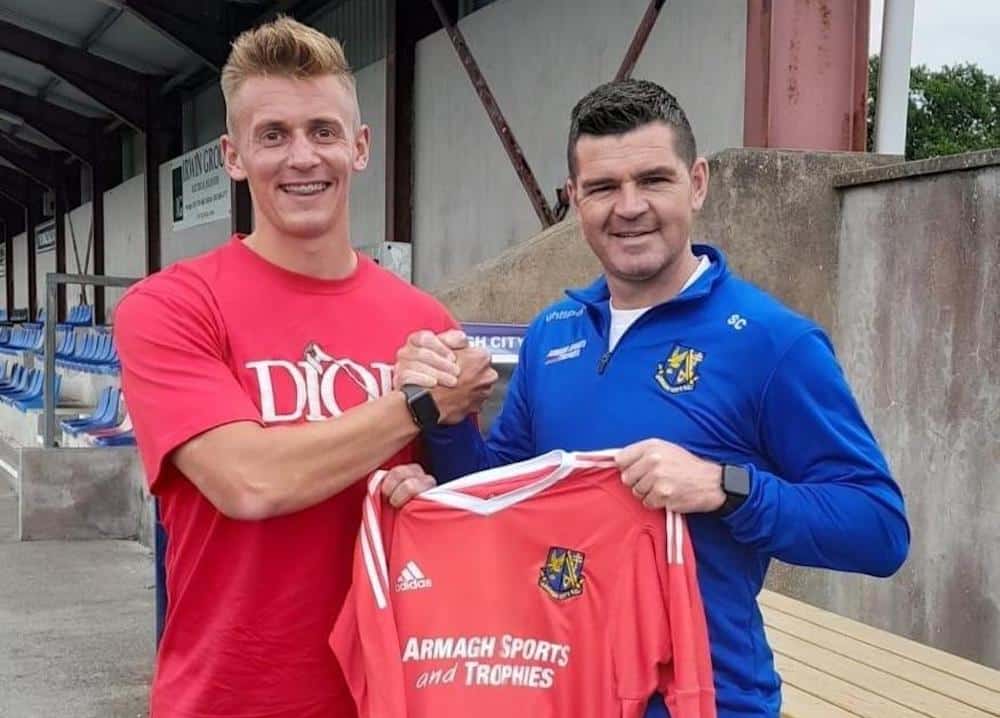 Pre-season preparations for Armagh City Football Club got underway in emphatic fashion, as the Premier Intermediate League outfit strolled to an impressive 4-0 victory over Ballyoran FC in Holm Park on Saturday.

A brace from Scott McCann, as well as goals from Shea Geraghty and Adam Wright secured the result for the home side over their Mid Ulster Division One counterparts.

City manager, Shea Campbell was pleased with the performance from his team.

“These matches give us a chance to blow off the cobwebs and get the lads back on the ball,” he said.

“Results (in pre-season) are not overly important, we’re just trying to get everyone back up to fitness for the new season.

The victory over Ballyoran capped off an important week for the Eagles, in which they also secured the signing of former Everton goalkeeper, Tom Murphy.

The former Republic of Ireland U17 international spent two years with the Merseyside club, before returning to Ireland, joining UCD in the Airtricity Premier Division in 2018. The 21-year-old shot stopper was also named Airtricity First Division side Wexford FC’s Player of the Year in 2020, so he is sure to bring a wealth of experience with him to Holm Park, despite his young age.

Murphy becomes manager Shea Campbell’s third new signing of the window, following the return of Luke Ferguson to the club, and the recent capture of 20-year-old defender Calum MacGregor, from Dungannon Swifts.

City boss Shea Campbell will be hoping his new signings can help his team improve upon a successful 2021/22 season in which they finished third in the Premier Intermediate League, and reached the final of the Intermediate Cup, where they were beaten by Rathfriland Rangers in the National Stadium at Windsor Park.

The Eagles will continue their pre-season campaign this Saturday (July 16) where they will face Dromora Village in Holm Park, with kick-off scheduled for 2pm.