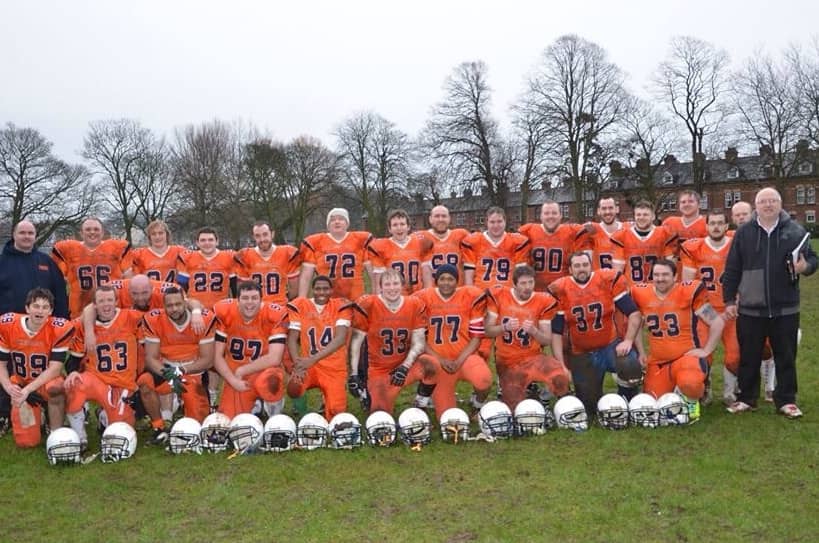 This Sunday Craigavon Cowboys kick off their league campaign by welcoming the All-Ireland 2nd year champions, Belfast Trojans to Portadown.

The Cowboys have recently moved home ground to Portadown RFC’s Chambers Park and are hopeful the change will bring a positive turn around to their fortunes after a disappointing season last year.

The local American Footballers have worked hard in the off-season and have recruited well, boosting some fine athletes and promising young players, rookies like Mark Hill, Carlos Delgado, Tom Neal & Johnny Magee will add a new dimension to the Cowboys play.

Meanwhile seniors like Peter & James Loughran, Bobby & John Murray, John Scott will be hoping to maintain their high performance level to push the Cowboys towards the season they are hoping for.

This match will be their first at Chambers Park and to celebrate Chambers Park are running a Match Day Special of a Burger, Chips and a Pint for £7.50 and the Cowboys have asked the community to come out and support the local lads as they try to upset the odds.

Coach Greg Loughran added: “Moving to Chambers Park with its great hospitality on offer means we can offer supporters the hard hitting, action packed action on the field but also the comfort and quality of the members lounge and the fantastic atmosphere post match in there. So come along and cheer on the Cowboys!”

Kick off is scheduled for 1pm.