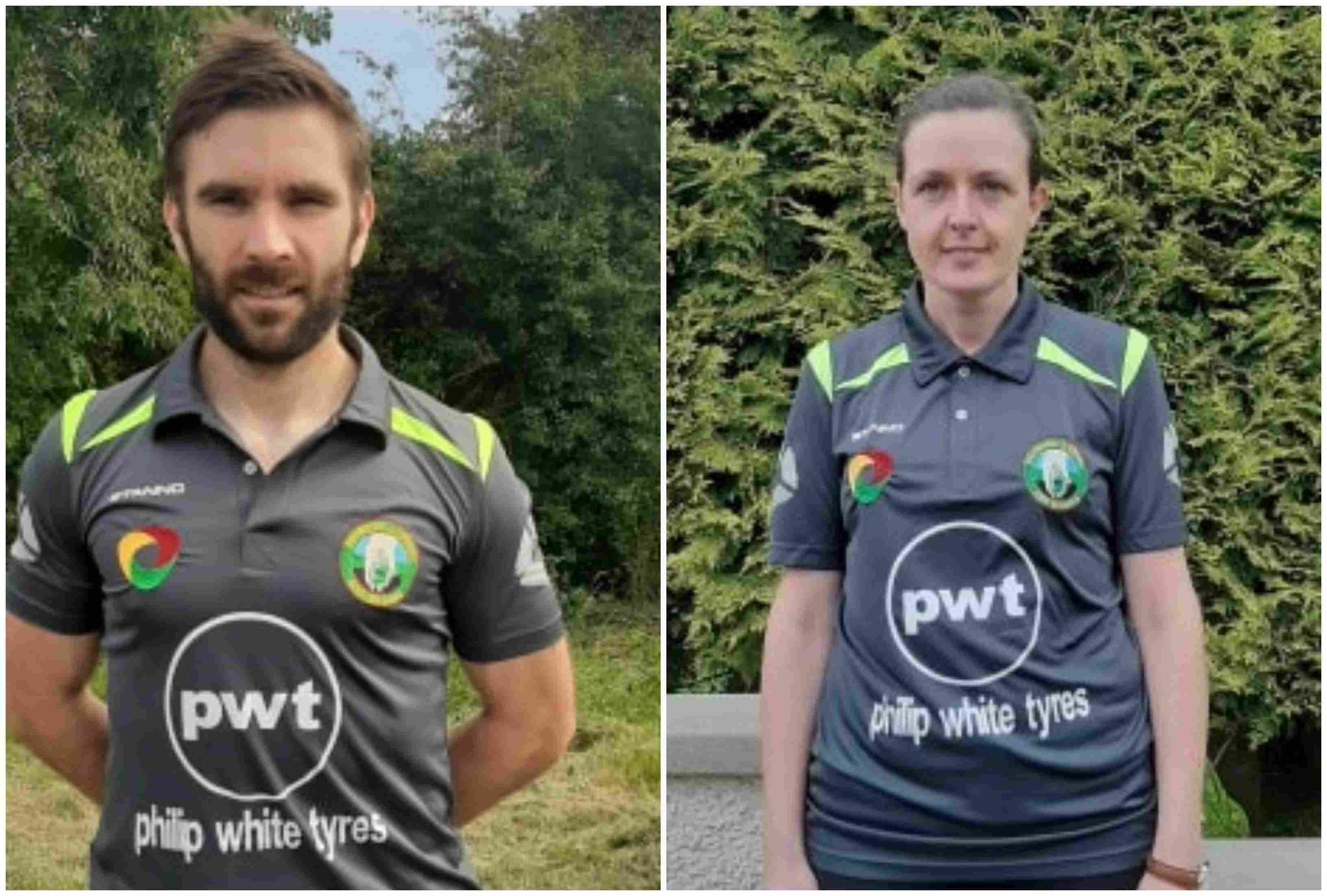 The first heat of the All Irelands 2019 will take place this weekend in Cork.

Ballyvourney is the venue which is a Gaeltacht village in Southwest County Region. It is a civil Parish in the Barony of Muskerry west, and is also an ecclesiastical Parish in the Diocese of Cloyne.

The Armagh Ulster Champions will travel with high expectations in lifting All Ireland titles.

Last Sunday the Ulster Final in the Men’s Intermediate was to take place over the Tievetara Road between James Oliver and Peader Toal (pictured above left).

A large crowd gathered and the score was to start Toal led with his first bowl by 10 yards. Oliver hit a good second shot but still trailed.

Toal’s next three shots was to reach McGraths – brilliant bowling! Oliver now found himself a full bowl of odds behind but still battled away. But yet again another two great drives from Toal to Finnegans extended his lead.

Toal misplayed his next two shots but still had a bowl in hand against Oliver. Heading towards Rountrees the deficit was to extend to two bowls and at this stage the writing was on the wall.

Toal went on to take the honours and will have every success next weekend in his All Ireland Final.

Hard luck to James Oliver, a gallant runner-up by all means.

Mallon Back On top

Dervla Mallon (pictured above right), former All Ireland Senior Champion 2004, 2005, 2008 and 2009 certainly earned her Ulster Title in the women’s senior this year after defeating Kelly Mallon on the Newtown Road in this year’s semi-final .

Dervla once again came up against strong opposition by meeting her niece Siobhan Mackle in the Ulster Final.

This score was held on Friday night and with both women throwing brilliantly, only yards separated the pair at the quarry. Again down the hill the margin remained the same. Mackle misplayed giving Mallon the chance to have a commanding lead and indeed she threw the perfect bowl.

Mackle continued to pressure Mallon but could not make up any ground. Mallon went on to win by a bowl of odds and after a decade from her last All Ireland win has every chance in lifting another big title.

Lorraine Mackle made it through to the Ulster Final in the Ladies Intermediate after defeating Gemma Mc Cann laseek over the Tullysaran Road . Lorraine will now meet Aoife Trainor in what will be a cracking final.

Both have been runner-up in the All Irelands and the winner should  go a step further in winning an All Ireland Title – good luck to you both!

The programme for Baile Mhuire Cork is as follows:

Congratulations to Dervla on reaching another All Ireland Final. Commisserations to Siobhan and Jamesie.

Schedule for Ulster Finals weekend: (Refs and markers to follow)

The youth blitz will resume again after the All Irelands in Tullysaran in August.

The standard of throwing in this year’s Paul Dobbin Trophy continues to impress with another two high class contests taking place last Sunday morning.
In Grade One B up the road Adrian Daly and Oisin Campbell were level after six each to the Long Lane and just when it looked like Daly was going to open up a good lead with a fast bowl past Campbell’s a bad knock proved pivotal.

Oisin hit a purple patch and four massive shots to McGrails and pinched an excellent victory.

In another thriller back down the road between Damien Quinn and Philip Hughes it was Quinn who exploded out of the blocks to lead by almost two bowls at the halfway stage. Hughes was in trouble, however two terrific efforts down the hill pulled back a shot and two more to the bridge saw him trail by a mere five metres.

The lead was up for Hughes with another gem to the Point Road but Quinn didn’t panic and scoring the line with a super last shot gave him a narrow victory.

In the usual competitive challenge scores there were wins for Paddy and P D Donnelly over Harry Smyth and J D Donnelly. Kevin Daly and Bruce Donnelly dug deep to get the better of Michael Kelly and Kieran Gormley, while Philip Conlon won a good underage tussle with Karol Donnelly.

Please note that as the 2019 Paul Dobbin Tournament nears its latter stages, no more scores can be cancelled. The Committee says it has been more than lenient to date but will not accept any more.