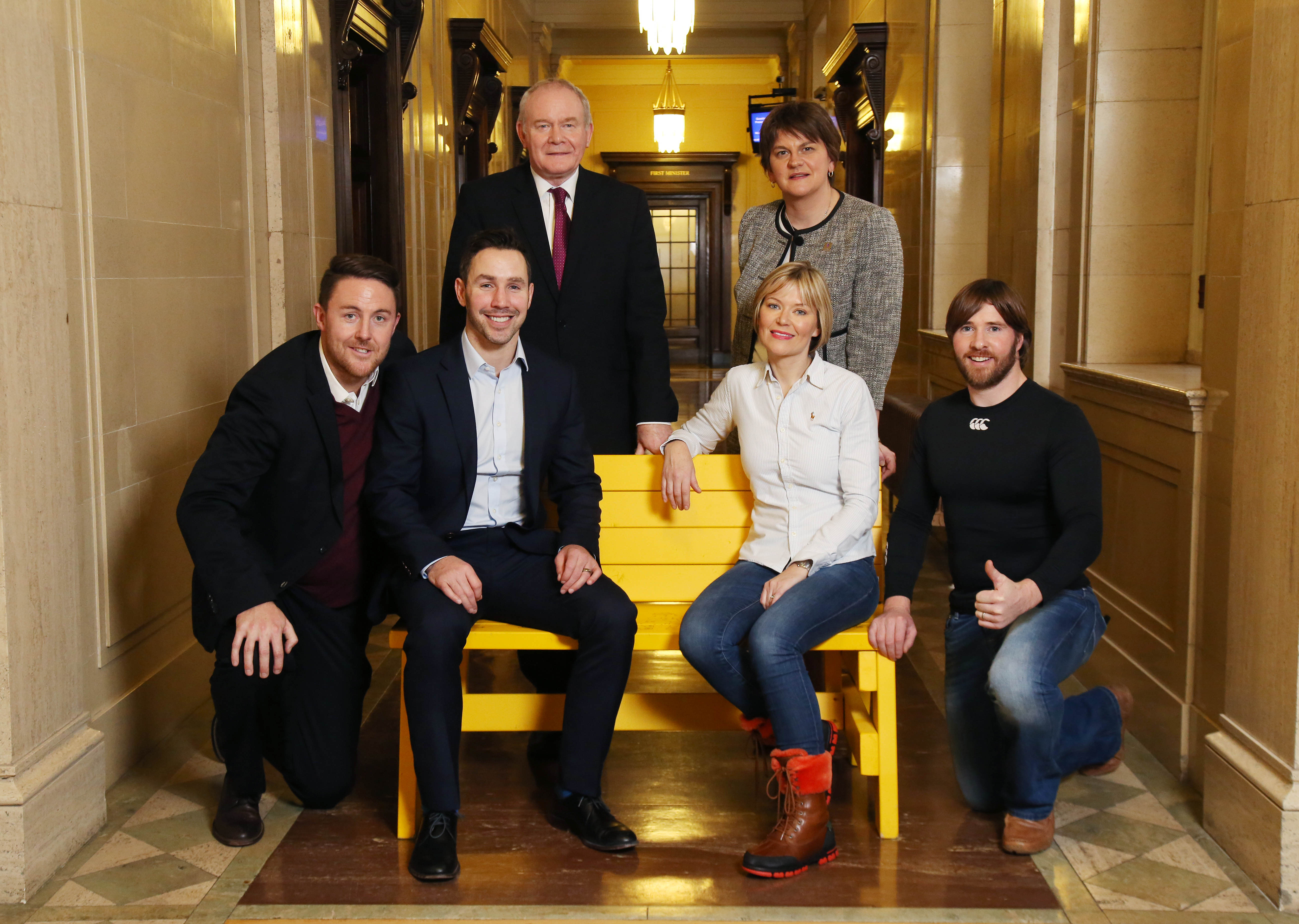 An Armagh athlete is hoping to break a world record – and raise a fantastic sum for two very worthy causes!

Stevey McGeown will begin another epic adventure as he sets out to complete the first day of sixty consecutive ultra marathons (39.3 miles).

Running the entire perimeter of Ireland weaving in and around its cities, towns and villages whilst setting a brand new world record.

He will be out on the roads running one continuous route, picking up each morning where he left off the previous day.

Stevey’s Northern adventure will commence on June 1st 2016, starting from Armagh. He will then head east to Newry, then north to Belfast and across the top of Ireland to Derry and Donegal, as he continues to run all the way around Ireland. The final leg of his adventure will take a very scenic route from Drogheda Co. Louth all the way back home to Armagh, finishing on Saturday, 30th July at Navan Fort.

In 2015, Stevey completed 100 marathons in 100 days for the Laura Maguire Foundation, so he is well up for this challenge.

Funds raised from this charity challenge will go to support Irish Autism Action and the Paddy Wallace Fund for Autism.

The former Ireland and Ulster player and his wife Tina recently launched their own fund for autism, but they need the whole Ulster community behind them to push their ambitious plans forward.

The couple, whose son Paddy Jack was recently diagnosed as on the autistic spectrum, want to use their experience to help other families across Northern Ireland dealing with a diagnosis.

The Paddy Wallace Fund for Autism aims to raise awareness of autism and support families and children on the spectrum.

Paddy’s wife Tina said she hoped the fund would “help fund projects that would be crucial to families with a child with autism in Northern Ireland”.

But she said it was essential that the public got behind the fund to help it grow by supporting Stevey’s challenge.

Boylesports are proud sponsors of the event and Leon Blanche, BoyleSports Head of Communications, said: “We at BoyleSports are delighted to be sponsoring and supporting Stevey as he takes on his epic journey in completing sixty consecutive Ultra Marathons in 60 days.”

He added “We wish Stevey all the best and will be with him all the way as he bids to enter the Guinness Book of Records and raise €330,000 for two great charities, Irish Autism Action & The Paddy Wallace Fund for Autism and inspire others to overcome some of their greatest challenges. Watch out for Stevey coming to a town near you in June and July.”

As part Stevey’s journey, the charities have committed to placing a buddy bench in various schools along the route. The buddy bench is a simple idea to eliminate loneliness and foster friendship in the playground and is part of the Autism Friendly initiatives for 2016.

For more information on Stevey’s Epic Adventure and how you can support visit http://steveysepicadventure.com/#top