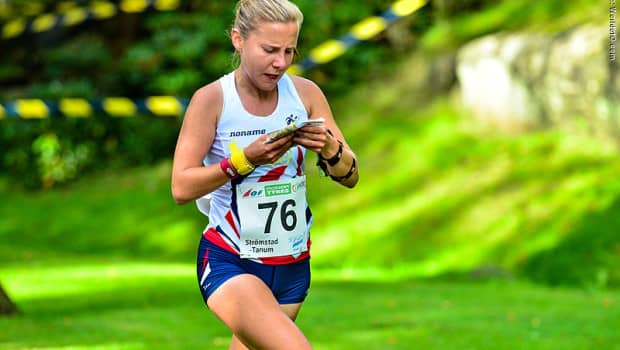 Armagh will play host to the world’s best orienteers later this month.

Visitors and competitors will flock from across Norway, Sweden, Hungary, France, New Zealand and Belgium, as well as Britain and Ireland.

Whilst the sport of orienteering is usually more associated with forest terrain, a new discipline of sprint orienteering, typically taking place urban areas, has grown in popularity in recent years.

Northern Ireland Orienteering are planning a series of races in the heart of Armagh City on the weekend immediately following the Armagh 5km Race on Thursday on 16 February.

Race Director Allan Bogle from Northern Ireland Orienteering explained: “The idea behind our weekend of Sprint Orienteering came about last year after Belgian orienteer Yannick Michiels came second in the 5k race, leading a field of dedicated road runners around for a few laps before being pipped on the line.

“Yannick’s result in the race got the orienteering world talking about ‘how fast orienteers need to be able to run’ as he has established himself as one of the top contenders for sprint orienteering world titles. With fast speeds over a few kilometres, this showcases the type of athlete the modern orienteer has to be to compete on a world stage.”

As a running sport most top orienteers incorporate running races into their training schedules. However this will be the first time so many international orienteers will toe the start line of the same road race.

Yannick, who is currently altitude training in South Africa, will start the 5k as the favourite among the orienteering contingent following his result from last year. However British orienteer Kris Jones is the in-form athlete at the moment, recently setting 3 personal-bests in a 10 day period, including running 14.11 in a 5k road race on New Year’s Eve.

Amongst the orienteers in the ladies’ 3k race Hungarian Fanni Gyurko will start as the favourite, closely followed by Britain’s Charlotte Ward who ran in Armagh last year. In 2012 orienteer Lizzy Adams won the ladies 3k race! Can any of the current crop of international orienteers repeat this and be crowned fastest in Armagh?

The day after the Road Race the orienteers will switch to their favoured discipline and will swap their race number for an orienteering map. The weekend of orienteering begins on Friday evening with a night sprint race around the grounds of Armagh Planetarium.

The main event will take place on Saturday around the streets of Armagh. Orienteers, young and old, will compete alongside many of the sport’s biggest stars including double junior World Champion Tim Robertson from New Zealand, Student World Gold medalists Charlotte Ward, Kris Jones and Peter Hodkinson from Great Britain. The cream of the British international and Irish squads including local orienteers Olivia Baxter, Susan Lambe and Paul Pruzina- all members of Lagan Valley Orienteers are also expected to make an appearance.

The weekend concludes on Sunday the 19th February with an Open event where anyone is welcome to come along to find out what orienteering is all about. Courses will be available to suit all ages and abilities and more information can be found through the NI Orienteering website – www.niorienteering.org.uk.