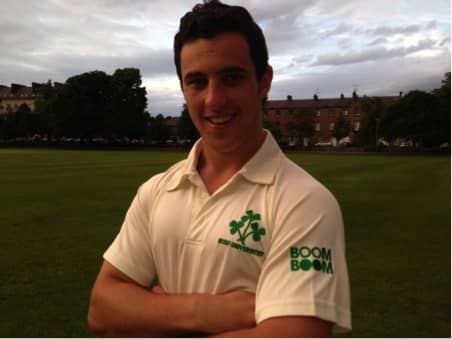 The team initially qualified for the tournament by beating University College Dublin convincingly in the quarter final stage.

In the semi-final Harry took 3 wickets for a total of 20 runs off 8 overs in a win against the National University of Ireland Galway, progressing to the Intervarsity final against University College Cork.

However, the University of Ulster fell well short chasing a huge total of 308 compiled by a strong Cork side. Harry still contributed strongly with 24 runs and 2 wickets in a losing cause.

Armagh Cricket Club President Norman Graham commented that “everyone at the club is delighted for Harry and very proud of his achievements. This is a small piece of recognition for the consistently good performances he has put in for Armagh over the last few years”.