2014 race season blasts off the grid at Tullyroan Oval 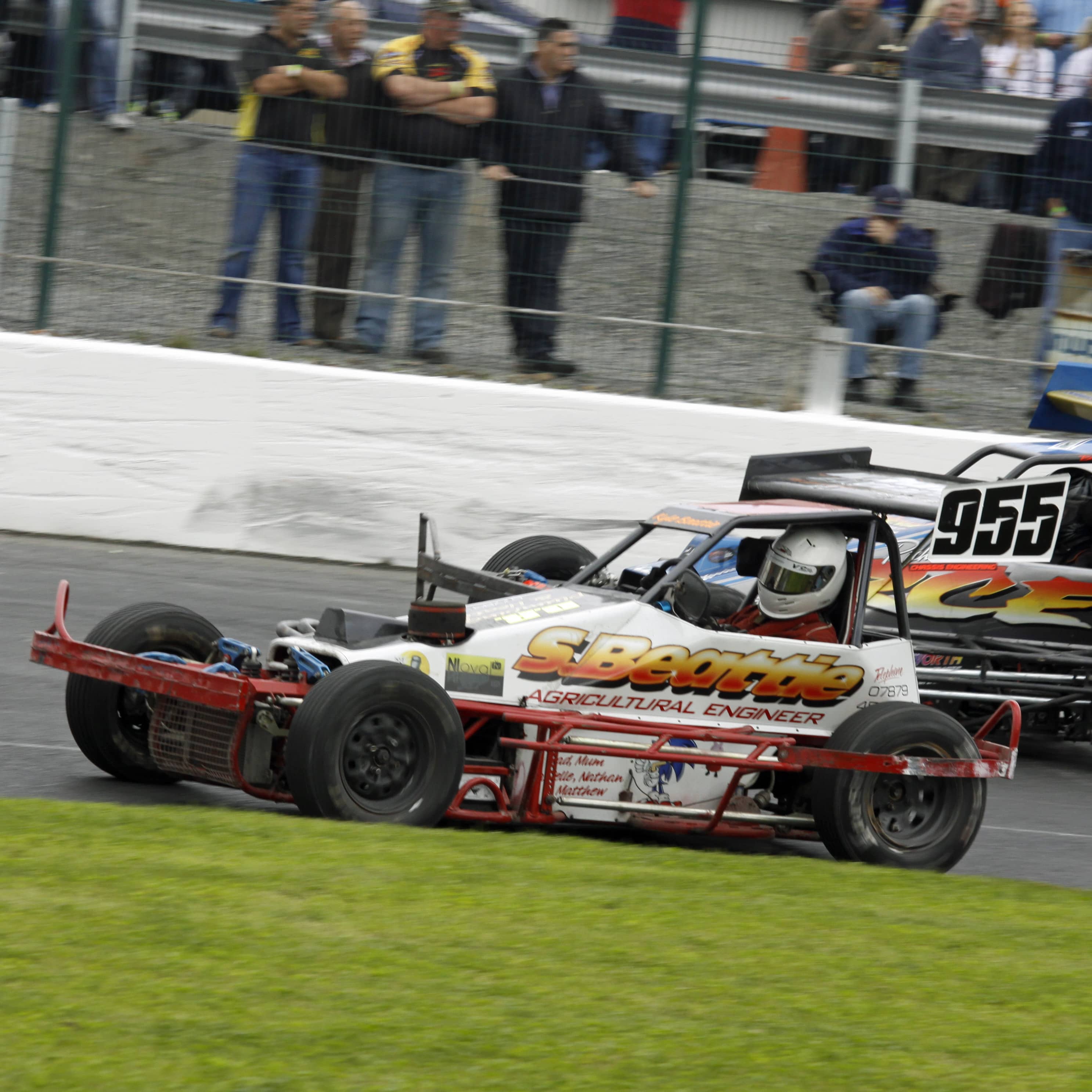 The 2014 race season blasts off the grid at Tullyroan Oval this Saturday night, April 5th, with a five formula feast of the best in Ulster oval racing.

The open wheeled Superstox are set for a real boost in numbers locally this term, after only being introduced to the local tracks in 2013. The action usually comes thick and fast with the bumpers put to full use, and expect to see Aughnacloy’s Irish Champion Kyle Beattie to the fore. Kyle took to the new formula with ease last year, and travelled to compete at a number of the major events on the mainland. This year his main aim will be the World Championship at London’s Wimbledon Stadium in October, and also the European Championship showdown at Lochgelly in Scotland in June. Pushing Kyle hard will be the Grattan brothers Denver and Gary from Banbridge who should be his biggest threat on the home stage. Dungannon’s David McMenemy is switching to the Superstox from the 2.0 Hot Rods this year and will certainly be one to watch, whilst another local driver, Nigel Sinnamon, will be back on track for the first time in a number of years in the fast growing Superstox formula.

The 2.0 Hot Rods begin the season in which their World Championship will be contested at Tullyroan in July, and the battle to qualify for the big event is certain to produce top quality racing on Saturday night. Randalstown’s current World and British Champion Shane Murray will have his sights set on a successful defence of his World title on his home track. Birches star Adam Hylands, the current National and Irish Champion, will be hoping to stamp his authority on proceedings and mark himself down as another favourite for the big one in July. Portadown’s former World winner Wayne Woolsey, as well as Adam Heatrick and Stephen Emerson, will also be intent on having their say on track.

Killyman’s Winston Weir recently recorded a double victory at Cowdenbeath in Scotland in the Lightning Rods, and he will be hoping to gather some good points on Saturday night to secure his qualification for the World Championship at the same Scottish venue in May. Nigel Jackson, the current World Champion from Portadown, Jordan Rochford, Gordy McKee and Dane Ferry will be other locals hoping to start the season in style.

The Stock Rods are another class where numbers are set to swell, with Portadown man Lee Johnston and Waringstown’s Ben McCully hoping for a good points haul towards qualification for the World Final at Ipswich in July. Former World Champion Chris Gordon from Ballymena and British Champ Gary Butler from Dublin will provide stiff opposition.

The racecard is rounded out by the Ninja Karts, for the 6-11 year olds. Their racing really has to be seen to be believed, and the race around the oval at breakneck speed. Irish Champion Niall Cregan from Donaghcloney is sure to be a favourite, alongside Adam McFall, Matthew Nicholl and local girl racer Sophie Willis.

The first race leaves the grid on Saturday April 5th at 6.30pm at the start of another high octane season at Tullyroan Oval.