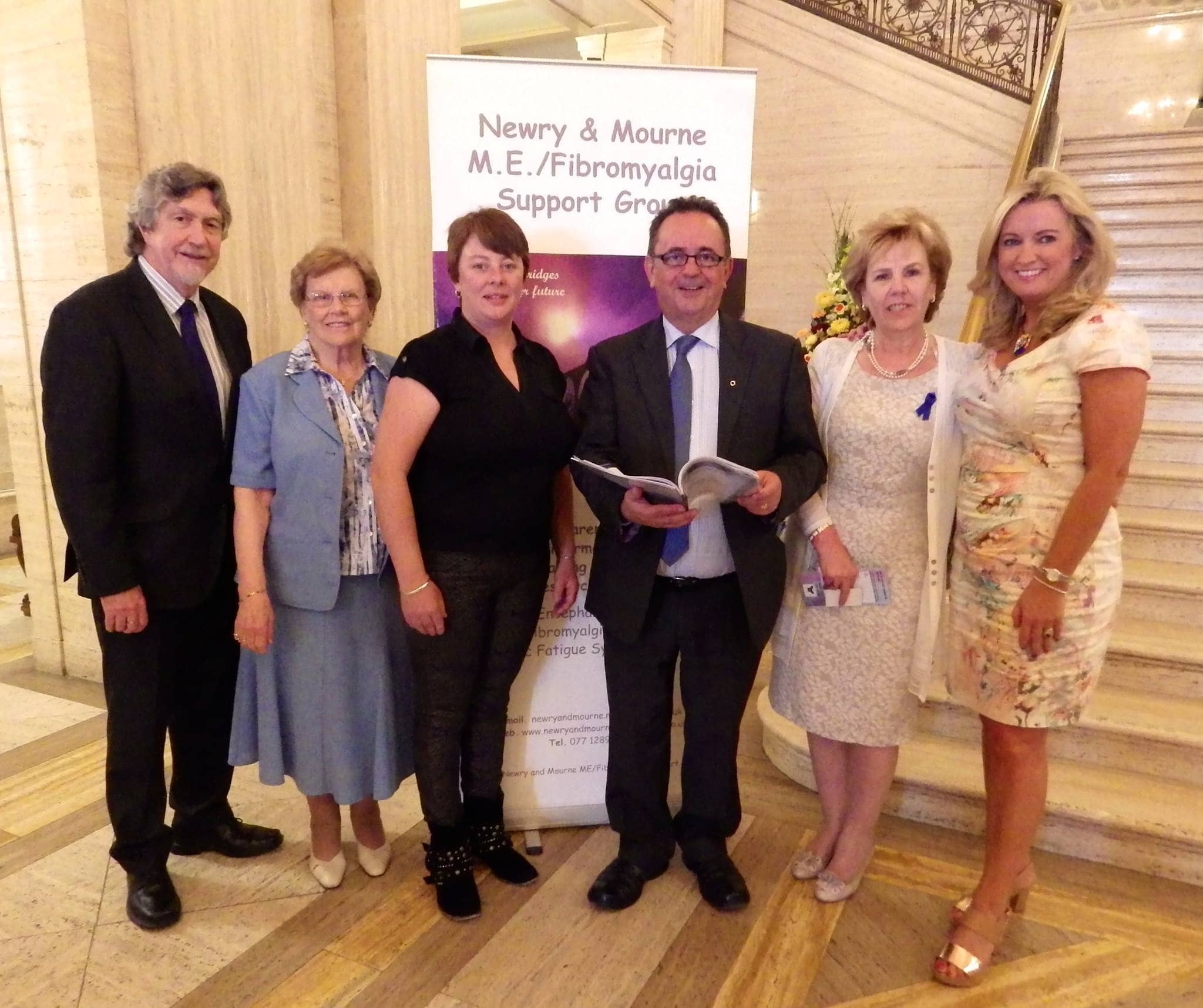 Northern Ireland has the “chance to lead the way” in developing a more sympathetic and paced approach to the treatment of the debilitating illness, Fibromyalgia.

The illness, which causes widespread chronic pain, affects hundreds of people across county Armagh and it is estimated that 7,000 ME and Fibromyalgia Syndrome (FMS) patients in Northern Ireland are unable to access specialist medical care.

“Approximately 25% are unable to leave their homes or beds. Something needs to be done,” said Mr Bradley, who last week presented a petition of 1,300 signatures to the Assembly Speaker on behalf Newry & Mourne ME-Fibromyalgia Support Group and ME and FMS patients in Northern Ireland.

The responses we received supported Mr Bradley’s statement and in the interest of confidentiality we refrained from using their names.

One woman told us: “It has a very isolating impact, you can no longer participate in so many social activities or even ordinary day to day things. There is no warning of flare ups or bad days , you just have to take each day as it comes, you can’t really plan anything or make arrangements as on the day you might not be able to get out of bed.

“I have actually lost friends because of this, they don’t see the worst of it so I suppose they find it hard to take in. I don’t really like many people seeing me like that and I dont think I should have to let them just for their own unfounded and extremely hurtful doubts. When your health is severely impacted you certainly find out who your friends are.

“Mostly you battle it yourself, the appointments are endless, physically and emotionally draining also. It’s just so waring and very lonely to battle any of these types of diseases. If you do tell someone what is wrong with you the standard response is ‘you look well though’, I have had this from people close to me also, sometimes it feels like they’re saying ‘you look well so it can’t be that bad?’

“My life is unrecognisable compared to how it was 4-5 years ago, the idea that you would want things to be how they are is incomprehensible , people can be so tactless and hurtful. I am stuck in a situation that is, in all honesty, unlikely to improve.”

Another female sufferer told us: “I have had fibromyalgia for nine years and the pain is unbelievable at times – it leaves bed-bound. I have just been put off my benefits and at the minute I’m fighting to get them back. I had a doctor come to my house; he stayed for about 30 minutes and decided I did not need DLA.”

Another woman told us:  “The clinic won’t see patients with fibromyalgia so it’s catch- 22 situation. I’m on a durogesic patch along with pregablin for pain which helps a bit but when I have to up the dosage to help I’m left in bed all day and doped to hilt – it’s very depressing!

“I get no help at all and the only thing I’m offered is more drugs for the pain. This pain is daily and because you look okay on the outside nobody understands what way things really are, so hopefully there is something out there to be helpful or informative.”

One man, whose mother has suffered from the illness for three years, got in contact: “All her doctors are doing is perscribing her cortisol steroids; there seems to be no other options for her but to take these steroids but they are very harmful for her liver and bones.”

The overwhelming theme from everyone who got in contact was frustration and the lack of understanding from others who simply think they are “putting it on”.

The petition, handed on to the Health Minister, Edwin Poots, calls for full adoption of the Canadian Consensus Criteria for ME in Northern Ireland.

“I will not go into the technicalities of the Canadian Consensus Criteria being called for Northern Ireland, suffice to say that they form an approach to both ME and FMS which is more enlightened, and which is much more likely to bring progress to the patient than the current approach here,” said  Mr Bradley.

“Fifty international ME experts agree the Canadian Consensus Criteria (CCC) should be immediately adopted both for medical diagnosis and for clinical research for ME.

“Further to that, they say the Canadian Consensus Criteria should be used as the basis for future revisions in the light of ongoing research. (ME and FMS are often medically confused.)  Northern Ireland is in a unique situation, in that it can independently choose to adopt the CCC for ME. This move would give local doctors the best means to accurately identify patients with ME and this could potentially lead to better prospects for patient recovery and hopefully an earlier return to a productive life.”

Mr Bradley added: “Unfortunately, current NICE guidelines recommend that ME patients should have Graded Exercise Therapy (GET) to help them recover. GET is now known to be harmful for ME patients.

There is no cure or effective treatment and to address this issue, Newry & Mourne ME/FMS Support Group also actively fundraise for bio-medical research.
The group hold monthly meetings in The Mourne Country Hotel, on the first Tuesday of every month from 7-9pm and further details can be obtained by contacting 07712 892834 between 3-5pm weekdays or email newryandmourne.me.fms@live.co.uk