'While it has been my privilege to represent the people of this area in local government, new challenges require new voices, new energy and new perspectives' 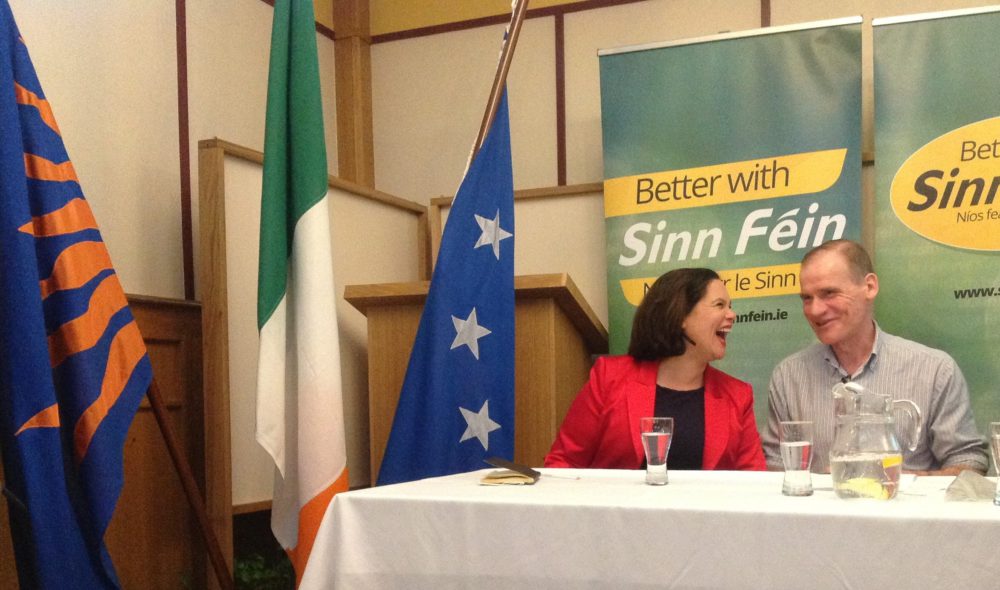 A veteran Sinn Fein councillor is stepping down.

Terry Hearty made the shock announcement on Monday afternoon in an open letter to constituents.

He said: “While it has been my privilege to represent the people of this area in local government, new challenges require new voices, new energy and new perspectives.”

He was first elected to serve the people of the Slieve Gullion area back in the 1990s.

Mr Hearty topped the poll again in 2019, elected on the first count.

He has thanked the party and his constituents for all they have done but said now was the time to stand aside.

Before going, he confirmed that Aoife Finnegan is to be co-opted on to Newry, Mourne and Down Distict Council in his place.

His letter to the people of Slieve Gullions reads:

For the past two decades it has been my privilege to represent the people of Slieve Gullion and South Armagh in Newry, Mourne and Down District Council.

Five times the people of this area have put their trust in me to represent their best interests and that is a responsibility I have always taken seriously.

I was first elected in 2001 and in that time a lot has changed. The spy posts that blighted our natural landscape are gone, the occupying army that patrolled our streets has been removed, the RUC has been disbanded and as a result South Armagh has experienced something of a rejuvenation.

This was not achieved by politicians alone but by communities working hand in hand with those who represent them.

But we, as a community, now face a whole host of new challenges.

A referendum on Irish reunification is imminent and must be won, Tories in Britain and their counterparts in Fine Gael and Fianna Fail have been waging a war of attrition against working-class communities and Brexit, which we rejected in a democratic vote, is being forced upon us and threatens to undo all the progress of the past 20 years.

And while it has been my privilege to represent the people of this area in local government, new challenges require new voices, new energy and new perspectives.

When I and my colleagues first entered the council in 2001 we injected a new brand of republican politics into a stale and stagnant council. It’s now time for a new generation of republicans to once again revitalise this council with their experiences and expectations.

In order to facilitate this I will be stepping down from the council this week.

I am delighted to announce that Aoife Finnegan has been chosen as my replacement. Aoife is a strong and tenacious young woman, a mother, a dedicated republican and a community activist. I have no doubt she will continue to provide the kind of committed representation the people of this area have come to expect from Sinn Féin and I wholeheartedly endorse her.

I would like to take this opportunity to thank some of the people who have been invaluable in helping me fulfill my role over the past 20 years.

Firstly, I want to thank Sinn Féin for always believing in the communities we come from and putting grassroots republican activism at the forefront of everything they do. In particular I want to thank the Morris Harvey Cumann, who through triumph and tragedy have always rallied around myself and the people of this area to provide strength and support when it was most needed.

I would like to thank my colleagues in Newry, Mourne and Down District Council who have ensured that every corner of this constituency has a Sinn Féin representative they can count on.

I want to thank my family for their unwavering support in what has not always been the easiest of roles.

And finally I want to thank the people of South Armagh for putting their faith in me and my party over the past 20 years. I have always done my best to represent this area and its people and I have no doubt Aoife and Sinn Féin will do the same.

As my friend and colleague Martin Ferris says, republicans never really retire, so I will continue to remain active in the community and in Sinn Féin but it’s time for a new generation of republicans to take the lead as we continue to fight for a fair, free and united Ireland.