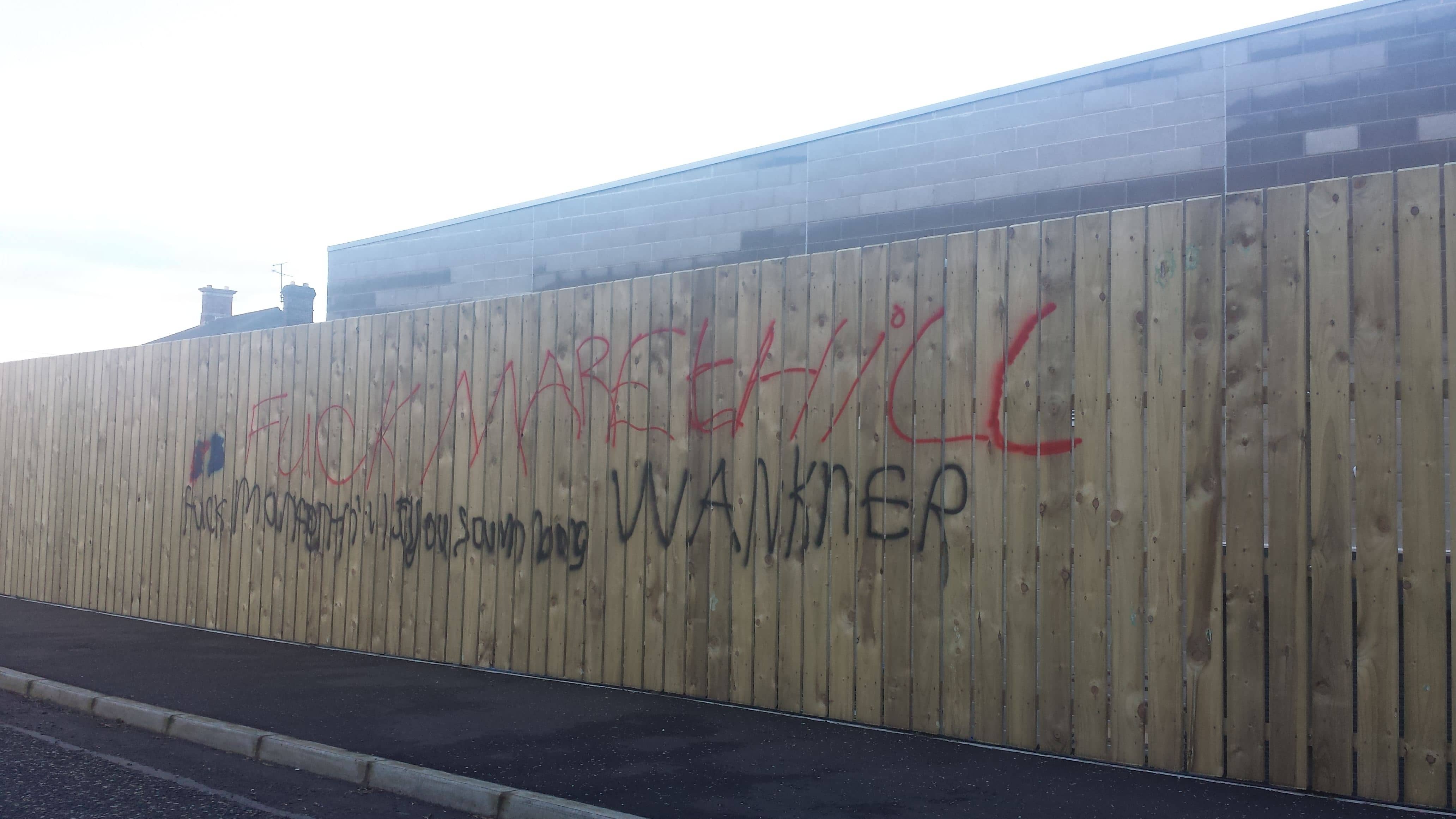 Vandals have gone on a rampage through Markethill, county Armagh, spraying graffiti on a number of properties including three cars.

Police in Armagh are investigating the incidents – believed to be linked – which occurred in the Markethill area between Tuesday, 25 February and Wednesday, 26 February.

Grafitti was sprayed on the Health Centre, Cattle Market, three cars in Ashlea Gardens, Bunker Hill and Fairgreen Road, a boiler house and two homes in Ashlea Bend, a house in Dean Swift Mews, the fence of a supermarket on Mowhan Road and two mobiles at a school on Mowhan Road. Spray paint was stolen from the cattle market in Markethill and three young males were observed spraying grafitti at this location.

The parents of three teenage males have been spoken to and enquiries are ongoing.

Lord Mayor Robert Turner, speaking to Armagh I said he was “shocked to learn if this act of madness in Markethill”.

He added: “Actions of this nature serve no purpose and must be condemned by all right thinking people. I appeal to anyone with a scrap of information to pass it on to the PSNI. Acts of this nature must not be allowed to continue.”

UKIP Newry and Armagh Representative Wayne Hawthorne has blamed the lack of recreation facilities as the reason behind the graffiti.

“It’s an ongoing worry that someone can deface public or private property with abusive and foul language,” said Mr Hawthorne.

“It demonstrates not only a degree of badness in the youths involved, but also boredom, which must be addressed.

“We can only blame peer pressure and lack of stimulation for youths who behave like this. There are several church and religious facilities in the area but Markethill needs more. It is clear the local authority, MLAs, and the voluntary sector and schools need to work together, to form an action plan that can followed to improve the local area so youths don’t turn to destruction as a pastime”.

“I would appeal to anyone with information to contact the PSNI.”

Cllr Haughey-Grimley said: “Those responsible for the graffiti in Markethill have no respect for others, for property or for this rural community.

“There can be no enjoyment in defacing other people’s property with crude graffiti. Those responsible are immature and must understand that their actions have caused much upset. Not only have these actions targeted individuals but also business and community properties.

“I urge those responsible to think about their actions and cease any further vandalism.”